Polling in Ireland reveals that the Irish are still in strong support of the EU, but are slightly more divided in other areas. 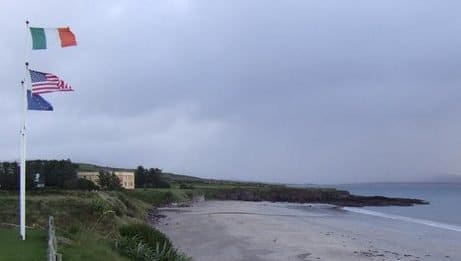 New polling findings from European Movement Ireland show that support for Ireland remaining in the EU is still strong. But not everyone agrees that the EU is moving in the right direction. The survey of 1,003 people aged 18 and over in Ireland last month found mixed views on the questions asked, which ranged from healthcare and climate action to the role of the US.

Since 2013, European Movement Ireland has been commissioning an independent polling company to carry out a national survey of attitudes amongst people in Ireland towards our relationship with the EU and a number of wider European topics. From 2016 onwards, Brexit related questions were also polled.

Support for Ireland remaining in the EU is still strong

As Brexit assumed greater bandwidth and profile, we sought to get greater insights as to what people across Ireland felt about this issue, given the unique British-Irish relationship and indeed, the all-island dimension to the new reality of the UK having left the EU. Our 2021 poll is the eighth European Movement Ireland – RED C Research opinion poll on ‘Ireland and the EU’.

This research has been an invaluable resource in guiding our activity. This year’s results show that support for Ireland’s continued membership of the European Union remains strong at 84 percent, however only 53 percent of respondents believe the EU is moving in the right direction, suggesting there is work to do if we want to maintain the strong support for membership in the years ahead.

It’s interesting to note that on a 71 percent voter turnout, the 10 May 1972 referendum on whether Ireland should join the then European Economic Community (EEC) on 1 January 1973, 83 percent voted yes. Now, almost 50 years later, that level of support for Ireland remaining an EU member stands at a similarly high rate.

Turning to the Covid-19 pandemic, the turbulence in the rollout of vaccines across the EU, affected by supply issues, is reflected in the finding that less than half of the respondents (45 percent) have confidence in the EU’s vaccine strategy.

We also see reluctance to give up control over certain areas of national importance. Only 35 percent of people favour giving the EU more control over healthcare policy if that would mean losing some control at a national level, while less than a third of people would support more political or economic integration if it meant losing control over key economic policy such as tax.

We were really encouraged by the fact that 77 percent of respondents believe that EU funding to member states should be linked to rule of law principles, which are among the fundamental values of the Union.

Respondents also expressed strong opinions on climate change and digital regulation, two issues currently at the forefront of the European agenda. Some 71 percent of people believe the EU should do more to regulate digital media platforms, while just over a third (34 percent) believe the EU is doing enough to combat climate change.

Nearly four months after the finalisation of the EU-UK trade and Cooperation agreement, less than a third of respondents (32 percent) believe there will be a United Ireland in the EU in the next 10 years, broadly the same figure as in 2020, which is somewhat surprising giving the increased scrutiny in this area since last year.

On the future of the EU and Europe more broadly, just over half of respondents (52 percent) agree that now is the time to hold a conference on the future of Europe to reform the EU, even if it does lead to treaty change.

We’ve had nine EU referendums in Ireland since our accession to EEC alongside the UK and Denmark back in 1973. The conference will be officially launched next month on Europe Day, Sunday 9 May and we will be central to engaging citizens on the future of Europe in Ireland.

Looking at global issues, 68 percent of people think that Ireland’s seat on the UN Security Council offers the country an important opportunity to influence global affairs, while 54 percent believe Ireland should be part of increased EU security and defence co-operation, an increase of 5 percent since 2020.

Respondents were very supportive for the US to continue to play an important role in EU defence co-operation with 78 percent agreeing the USA should be the EU’s most important ally.

Finally, the demographic breakdown of the results are also interesting. Broadly, we can surmise that on most issues, those at the youngest and oldest ends of the age spectrum were the most positively disposed towards many of the questions we posed. The fact that young people remain overwhelmingly supportive of Ireland’s EU membership bodes well for the future.

At the same time, there is a reluctance among all respondents to cede control to the EU when it comes to key areas of national competence such as taxation and healthcare, suggesting that high support for EU membership does not necessarily equate to support for further integration in certain policy areas.

Polling in Ireland: the findings

She previously worked in business development, public affairs and member relations in a variety of sectors and for different bodies in across Europe. Reach her on social media: @Noelle_OC @emireland

Noelle is chief executive of the European Movement Ireland and a vice president of European Movement International. She previously worked in business development, public affairs and member relations in a variety of sectors and for different bodies in across Europe. She has also worked in the third level sector and has managed significant national and international funding projects. In 2017, Noelle was named a Knight of the National Order of Merit awarded by the French President. She speaks Irish, French and Spanish. @Noelle_OC @emireland