It comes as no surprise that Robert Jenrick wants to sweep away pesky regulations and get Britain building again. 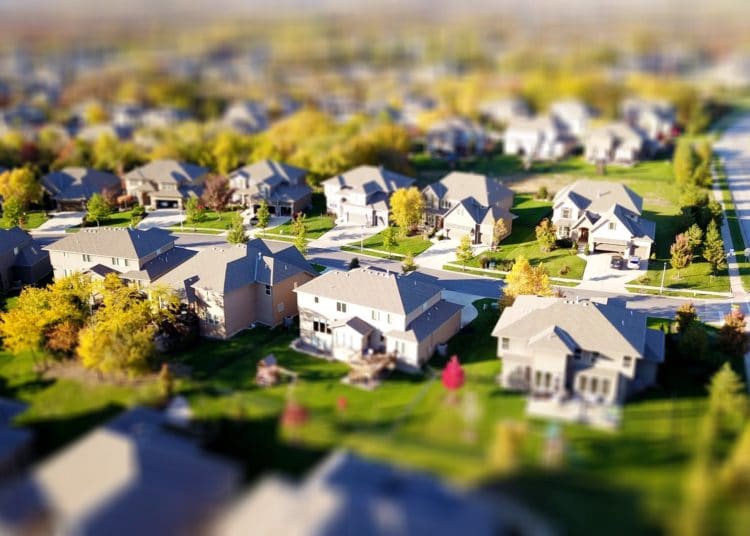 Photo by David McBee on Pexels.com

Planning regulations are hugely complex and difficult to understand. It must be very tempting for a new minister to try and make their mark by simplifying and reforming the system. Particularly if they represent a political party that has received huge donations from building developers.

So, it comes as no surprise that Robert Jenrick wants to sweep away pesky regulations and get Britain building again. What will come as a surprise to many is the actual nature of those reforms.

The central idea of the proposed new system is that no one will be able to object to most building projects and they will simply be waved through. The public will only be given the chance to comment when a local plan is drawn up that designates the areas that they live in or care about into one of three categories. You can have your say on what category land falls into, and what kind of designs are right for that patch of land, but once that has been written down even your local planning committee won’t be able to do anything to stop an inappropriate development.

The three categories are interesting.

Some parts of the country will be designated as ‘protected areas’. Which is fine if the final regulations actually do what they say on the tin. In reality the degree of protection that exists in a protected area is always limited and so we need to see a lot more detail about the rules. Nevertheless, the assumption must be that if you live in a leafy shire county, like a lot of Conservative voters do, there is a chance that your community will be afforded a substantial degree of protection.

Those who live in the second category – ‘growth areas’ – will be less fortunate. The words don’t mean what they appear to. You might think of a growth area as perhaps being part of an inner city that desperately needs substantial investment in existing housing stock, a transformation of its town centre with redundant shops and offices being turned into decent accommodation young people can afford, and a major programme to improve schools and other services. That isn’t what Robert Jenrick thinks though. His white paper sees a growth area as being “suitable for substantial development, where outline approval would be automatically secured”. It is essentially a large green field area on the edge of a town, or a mini new town, where builders can slap up houses quickly and cheaply. Any large building developer thinking about that prospect will be rubbing their hands with glee and thinking hard about how they can shelter the profits offshore.

It is, however, the third category of land that will impact on most people. Land in towns, cities and villages will typically be classed as ‘renewal areas’. Once again that sounds very nice. I want my community to be constantly renewed, as I’m sure we all do. I am less sure I want Robert Jenrick to sit in an office in Whitehall and set the targets for how many houses must be constructed in each locality in the country. Nor do I want him running a department that gives building developers the right to put up any construction they want, so long as they can convince a planning official that it complies with a local plan. Likewise, I am unconvinced that I want to lose the opportunity for my elected local planning committee to have the final say. In practice, there will be “a statutory presumption in favour of development being granted for the uses specified as being suitable in each area”. This would mean, for example, that it would be impossible for anyone to stop a large new shopping centre being put up on the edge of town whilst the central shopping district is falling apart.

It is concerns like this that led the president of RIBA, the organisation representing British architects, to say:

“While there’s no doubt the planning system needs reform, these shameful proposals do almost nothing to guarantee the delivery of affordable, well-designed and sustainable homes. While they might help to ‘get Britain building’ – paired with the extension of Permitted Development – there’s every chance they could also lead to the creation of the next generation of slum housing.”

The new planning laws introduce a “nationally determined binding housing requirement that local authorities would have to deliver”. But the new proposals don’t provide any financial support for local authorities to bring neglected buildings back into use. So, the local authorities will have no choice other than to scour their locality for every bit of open space and designate that as suitable land for building. That is likely to result in thousands more executive homes going up on green fields on the edge of towns and cities. It also means a real risk of shoddy and rushed developments put up simply to meet draconian targets. The changes won’t help to bring a single old building back into use. They won’t foster the provision of the council housing we so desperately need. And, of course, if a local authority does develop an appetite to borrow money and build council housing, the occupants can claim a ludicrously large discount if they decide to buy the house and the local authority is left with more debt than it receives from the sale.

Supporters of the new laws will tell you that building fast without pesky regulations will mean more people can afford to buy a house. Yet the government has just wasted at least £1.3bn pounds on scrapping stamp duty on large houses, which simply drives up prices at the taxpayer’s expense. More importantly for the long run, the new laws will get rid of the current requirements for developers to contribute to the building of “affordable” homes or to the cost to the community of building new schools. Instead, there will be a standard national levy that will be charged on the final value of the development. In the right hands this could be a very useful tool for ensuring developers don’t get away with making obscene profits. In the wrong hands it means lower contributions and less money available to build for need locally.

In case anyone has forgotten this policy is being overseen by Robert Jenrick. That’s the same minister who sat in a dinner with the developer Richard Desmond who had, in a clearly completely unconnected event, made a donation to the Conservative Party of £12,000. In an equally clearly totally unconnected event Robert Jenrick then proceeded to ignore the advice of the officials in his department and grant planning permission to a £1bn development, hours before a contribution towards affordable housing would have been required. It is the same Robert Jenrick who later had to reverse that decision because it was turned out to be procedurally illegal.

The UK government wants you to think you can rest assured that the changes to the new planning laws are being guided through by a safe pair of hands and we’ll soon have lots of lovely affordable homes without pesky regulations getting in the way of enterprising developers. Some of us struggle to share that confidence in the particular pair of hands that have been handed the task. And after the deaths in Grenfell Tower and the Beirut explosions we might also be forgiven for having serious doubts about the merits of sweeping away pesky regulations about what builders do and where they do it.

Social instability? It’s on the house! (part one)