Andy Brown looks at how humanity's collective stupidity has peaked at the same time as its oil consumption. "The idea that the world needs to be managed with greater environmental sensitivity has much more traction with the young than the concept that we need to look backward and try to recreate a golden age that never existed." 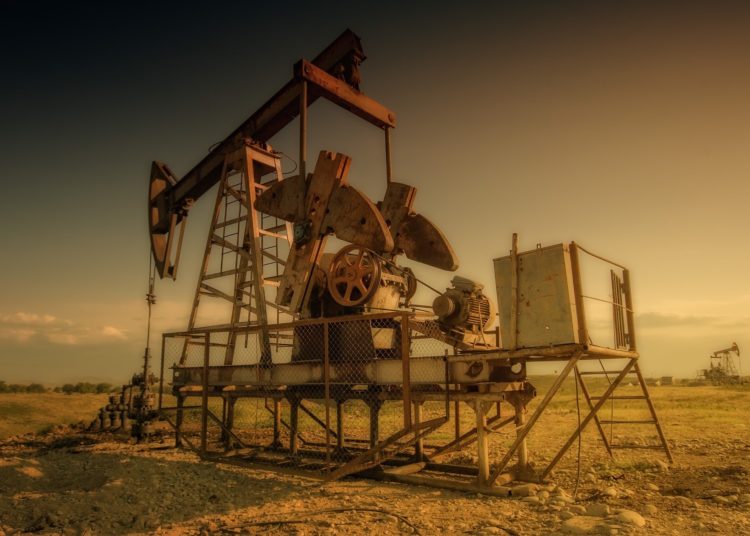 Image by jplenio for pixabay

In a year that has been dominated by a pandemic, it is remarkable how little questioning there has been about the causes of the crossover of the virus between species. It is as if there has been a massive international desire to fail to come to terms with a harsh reality. All this pain has not been the consequence of a bit of bad luck that we just have to put up with. It has been the direct consequence of the way humanity is treating the environment.

As humanity has cut down forests, it has placed itself in closer proximity to different species to those it has commonly encountered previously. Coupled with that, our species has chosen to transport live animals across the planet and put them together in wet food markets in cages next to us. Those behaviours have created the perfect conditions to enable crossover of diseases such as Aids, Sars, and now Covid-19.

Unless we rapidly rethink the way we live within the environment, the unpleasant reality is that this will not be the only pandemic that humanity encounters in the coming decades, and it is unlikely to be the worst one.

If that is a pretty bleak thought, then there is another equally unpleasant reality that needs to be faced before we can start thinking of the positives. Humanity is facing a whole series of environmental crises at the same time and for all our good intentions, they are still getting worse.

The diversity of wildlife continues to decline and we are gradually losing astonishingly rich environments like the Great Barrier Reef. Plastic production and consumption is rising rapidly, not falling. So is the use of fossil fuels. In 2019, the world set a record for the tenth year running for energy consumption, with a 1.3 percent increase in use. If the governments of the world stick to their commitments, then we are hoping to achieve carbon neutrality by 2050 and the climate might stop deteriorating sometime around 2070.

There is, of course, no agreed means of measuring global stupidity. Yet on any of the conventional criteria, the followers of Donald Trump have pushed the boundaries way beyond the norm. Hearing facts and then deliberately choosing to deny them, must rank high on anyone’s daftness register. Inventing convenient ideas that you wish were true, and then acting as if you believe your own propaganda, scores even higher.

Donald Trump spent most of 2020 turning those two behaviours into the normal daily routine of the president of the country considered by many to be the most powerful on the planet. Worse, he insisted that whatever his damaged mind woke up believing today was now official policy, and utter loyalty to the latest nonsense became compulsory. Repetition of something that they knew to be a lie became the required attribute of anyone who wanted a top job in the government of the United States of America.

So scared have senior Republican politicians become of being attacked by Donald Trump, that many are still struggling to say publicly to their own supporters that they lost an election fair and square in which seven million more people voted against them than for them. Only gradually are some of them cautiously beginning to find the courage to admit what is glaringly obvious to everyone else. Donald Trump has led their party to a huge defeat.

More importantly than that, he has left the United States much weaker and less well prepared for the future than he found it. The world is on the cusp of a change in technology that will dominate economics and politics for several generations. Innovations have now moved out of the research world and into production, that are capable of moving us rapidly away from the bizarre and strange stage of human history in which our civilisation was powered by digging up fossils and burning them.

Few things are ever certain about what impact a new set of technology will have on society – after all no one, including the inventors, properly understood the eventual nature of the internet when it was first invented. But two predictions can be made pretty safely.

The first is that every step that we take towards ceasing to supply massive quantities of money to those who have gained control over oil and gas reserves, will have a hugely positive impact on global society. This removes one of the prime drivers of much warfare and it weakens regimes that have funded some very unpleasant attitudes.

The other is that the challenge will be to adopt and deploy new technology quickly enough, rather than to invent it. At the start of 2020, very few people had heard of Zoom. By the end of the year it has become the standard way of doing business, meeting friends and making entertainment. It turns out that we already had technology in existence that could easily reduce the amount of international air travel by business. What was lacking was the awareness of its capabilities and the intent to change ingrained habits.

The leader of the United States has turned backward thinking into an art form. He has spent the last four years hoping that the future would go away rather than trying to help his country to prepare for it and improve it. Trump has wanted to go back to the age when the United States was the only global power that mattered. He has been determined to fuel that ambition by fracking every last drop of oil, and has been prepared to finance his dream by borrowing trillions and frittering it away on tax cuts for the already wealthy.

When a leader promises people that he can take them back in time to the good old days when every factory in the States was working flat out, every home had a couple of stylish cars, and when America was ‘great’, it is not entirely surprising that he gains an exceptionally loyal following. Some people will always wish to believe cosy lies, particularly if they are wrapped up in a large dose of racial prejudice and dislike of foreigners.

Yet the overwhelmingly good news of 2020 has been that Trump also demonstrated to millions the utter folly of allowing themselves to be led by this type of unstable fantasy merchant. His resounding defeat provides the world with a real opportunity to beat back the ‘forces of reaction’ that have dominated politics recently, and start working to create a more positive forward-looking future. The idea that the world needs to be managed with greater environmental sensitivity has much more traction with the young than the concept that we need to look backward and try to recreate a golden age that never existed.

Few countries ever made progress by focusing on how they could return to a mythical past. It will be the countries that adopt the new technology first who will prosper. It is impossible to continue to live for any length of time by burning ancient fossils. It is impossible to continue to produce more plastic every year when the world has no means of removing the vast bulk of that plastic from the environment. Those fossilised ways of working have to give way to light touch production, lower pressure from wasteful consumption, more locally focused economies, and decentralised energy production.

Nations that invest in those kinds of forward-looking solutions are likely to be able to build secure and stable economies that will be successful. Those that don’t will simply decline. Either relatively or absolutely.

I leave it to the reader’s own judgment to decide whether Britain is blessed with the political leadership it requires to respond to the challenge of the future. Or whether we are experiencing our own period of peak stupidity right now.

As Brexit approaches, Yorkshire’s ferry services start to level down