This was the week of the great cover-up that didn’t work. 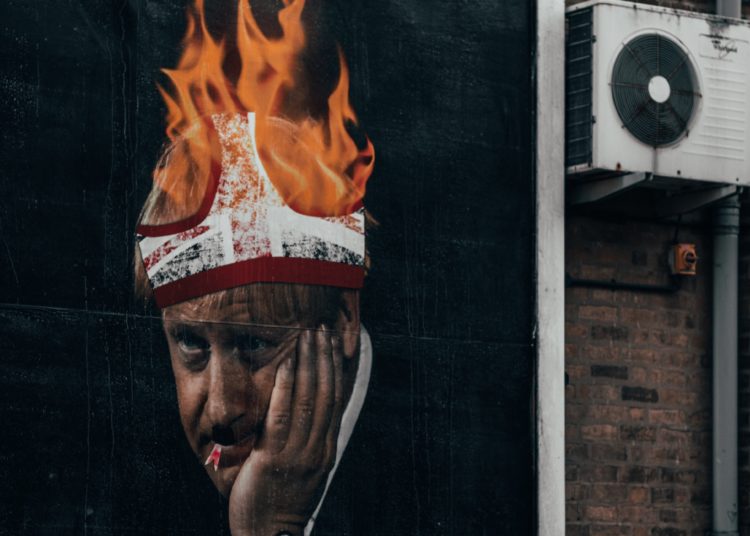 Photo by Alex Motoc on Unsplash

There weren’t just bats in Big Ben’s belfry but sloth-sized rats running amok in the Commons. Prime ministers’ questions had become just an ad break in a very British farce masquerading as democracy.

The prime minister understood neither the concept nor the practice. Hit by anosmia, the whiff of the sleaze and corruption detected by journos and former Lib Dem leader Tim Farron, eluded his nose. The odour of scorched pants hung in the air, but he was used to that. He was PM and that was enough: “nothing to see here, move on” was Dom’s motto. His too. But something was amiss. His gawping histrionic dismissals of the impertinent leader of the opposition hadn’t resulted in whooping paroxysms from his own backbenchers. He’d had enough of them prattling on about parochial constituency concerns and handwringing over extending free visas to all frontline NHS workers and care home staff. This wasn’t cricket, which he’d banned anyway.

Floundering about, he drew inspiration from the leader of the house. Yes, variations in the weather trumped all scientific explanations of international comparisons of covid death tolls. No, he wouldn’t re-visit the pandemic. Instead he launched into a new episode of the Domcom blame game, in which our heroic PM banishes the Marxist mobs to Blighty’s beaches and blames the newly empowered local authorities for failing in their covid-spike, cluster-buster mission. If they fail to zap the unruly plebs as he relaxes lockdown, that’s down to their own mismanagement. Hadn’t he just made an example of Hull – the fourth most impoverished city in England certainly wasn’t getting help to deliver food to its poverty-ridden kids this summer!

He wasn’t going to do a Sturgeon and slow down the end of lockdown. His inner Dom told him to put the slender MP for Brighton and Hove, Peter Kyle, in his place and demand he “show some guts”. With admirable restraint, he stopped short of suggesting he shove the great unwashed off the end of the pier as a suitable public health response to track and trace.

He scornfully dismissed Kyle’s plea that beaches become “destinations for investment and not destinations for covid”. Brighton beach was once again babe central and now mercifully free of the MP’s anti-brexit demos and if Matty wanted to order beach closures, that was up to him. Gareth Johnson, was right. It was everyone’s “patriotic duty” to go down the pub. So what if he’d agreed with Ian Blackford that the Scots could be spared the Sassenach free-for-all. Whose fault was it the SNP’s leader didn’t know the benefits of Bollinger on the beach and “couldn’t put a price on human life”?

Even Larry the Downing Street Cat could understand the relationship between spending money and a night on the tiles.

The PM took a slug of Iron-Bru before batting off more demands for an urgent inquiry into his handling of the pandemic. He’d got covid done. He’d got Jenrick done. In fact, it was high-time people moved on, not that he would forget those disloyal rebels who’d blocked Moggconga’s proposed rule change to allow MPs to undermine the implementation of a new independent expert panel to deal with bullying and harassment in Westminster.

There had to be a punishment for disobedience. He deleted the 45 from his list of invitees to his 4 July Independence Day picnic on Horse Guard’s Parade and, for good measure, scrubbed Gary Lineker for insolently asking “Can pub teams play sport?” and Sir Chris Ham for whingeing in public about whistle-blowers and the covid app being “nowhere near fit for purpose”. He’d let someone else tell him that he’d just get the Google app instead.

He failed to see why truth mattered. He’d got it done. He quickly got Dom on speed-dial.

The PM was getting increasingly irritated. All he wanted to do was try out the Benidorm air-bridge and keep pushy journos, who were banging on about the excess death rate and impact of covid and Brexit on the economy, off his back. He’d done brilliantly in managing covid and it was high time that @piersmorgan stopped calling his statement “a bare faced lie”.

Stuffing his ‘me and Des’ photo down his trousers, he escaped the chamber only to be met by the man with the megaphone braying on about transition and planning deals that wouldn’t go away. With a glance at Millbank, he squinted at the notice that his learned friend Jason Coppel QC is to advise on whether Robert Jenrick has committed the crime of misconduct in public office. Did no one understand he’d got lies done?

Momentarily cheered by a whisper that Mr McDonnell would rescue him with a petition against goody-two-shoes Starmer’s sacking of the Marxist totty, he reached for the congealing pizza in his top pocket. Unfortunately, it reminded him that international affairs were getting decidedly messy. His Bullingdon pals were trying to get on the save-the-world bandwagon but there was no escaping Jacinda Ardern’s predecessor, former kiwi PM Helen Clark, who gave him the willies with her dedication to boosting democratic accountability and trust-building to avert repression. He couldn’t be certain that Gordon Brown’s response to the financial meltdown in 2008 hadn’t inspired her to spur an international response to combating covid wave two that would come to haunt him.

He pressed the panic button. He fervently hoped that neither Dom nor Keir had heard about the Kiwis’ nothing-to-hide special committee on pandemic responses meeting three days a week chaired by the leader of the opposition. Not that he had anything to hide. He crossed his fingers behind his back as his pants caught fire.

Is this our darkest hour?