The news that the UK is bidding to join the Comprehensive and Progressive Agreement for Trans-Pacific Partnership or CPTPP will come as a surprise to those suffering as a result of our withdrawal from the EU, which on the surface, looks like an almost identical body on our doorstep. 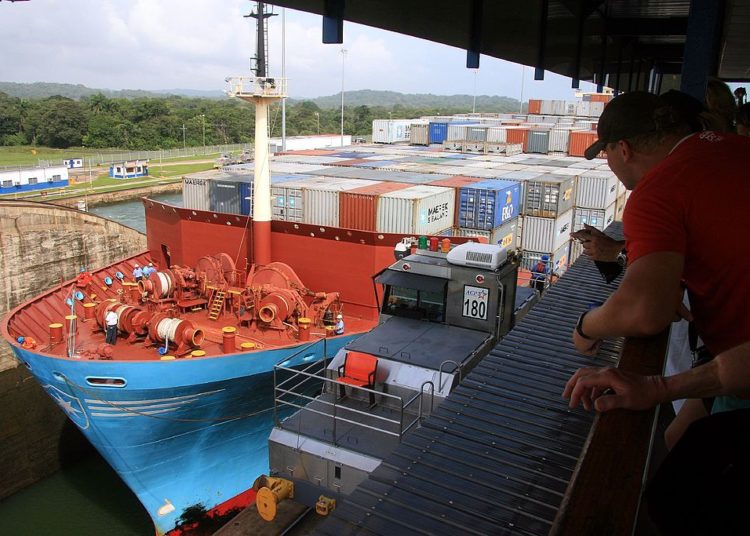 Brexit has always been full of contradictions, but the latest and perhaps the greatest is about to revealed as the government formally launches its bid to join the Comprehensive and Progressive Agreement for Trans-Pacific Partnership or CPTPP, aka the TPPA or the TPP for short.

The TPP is a trading bloc, originally comprising 12 countries around the Pacific Rim including the USA, Japan, Mexico, Singapore, New Zealand, Australia, Canada, and Vietnam. The agreement was signed in February 2016 although a year later, under Trump, the USA withdrew from it, leaving 11 members.

Its critics argue that the TPP Commission, a body composed of representatives from each nation at the level of ministers or senior officials, is in fact akin to a federal government with powers that take precedence over national laws.

Decisions are (Article 27.3) taken mainly “by consensus” although there are exceptions. Meetings of the Commission are chaired successively by each nation. Sound familiar?  The World-Atlas describes the TPP as a “trade community” and “similar to the European Union market”. Many would agree.

Having spent five divisive years withdrawing from the huge local trading bloc on our doorstep, we are now applying to join what looks like a carbon copy, thousands of miles away. It’s like living in Cleckheaton and announcing you plan to do all your shopping and trading in Inverness.

Why did the USA pull out? The American cross-party organisation Coalition for a Prosperous America (CPA) argued against the TPP in 2016, on the grounds that it “erodes sovereignty”. The CPA claimed:

“The majority of the TPP’s 5,500 pages delve deeply into the domestic laws of the US and other signatory countries rather than traditional trade issues. Issues include government procurement, investment and banking, food and product safety rules, telecommunications, electronic commerce and administrative rulemaking. Whether you support the new TPP rules is not the issue. Whether the TPP rules impact our ability to govern ourselves under our constitutional system is the issue”.

Coalition for a Prosperous America, 19 July 2016

A body of opinion in New Zealand opposes the TPP on the same grounds. A website devoted to it claims the treaty is “binding” on the partnership member nations, “overriding the domestic laws and constitutions of the individual countries – which must be brought into compliance with them”.

There is therefore some surprise at this latest move, as it comes from a prime minister, party and government that treated sovereignty as the paramount commodity in the EU trade negotiations, even to the extent of deliberately sacrificing entire domestic industries to avoid the slightest dilution of it.

President Trump had his faults, to put it mildly, but at least he was consistent – he supported Brexit and pulled the USA out of TPP.

Johnson, as usual, is facing both ways. He apparently rejects European regulations and directives that we have proposed, supported or influenced – and certainly voted on – but is quite happy to sign up to a 6,000-page treaty into which we have had no input whatsoever, and align the UK with an EU-like body on the other side of the world. It makes no sense.

TPP accession countries do not get the opportunity to negotiate. Talks will focus instead on what access the 11-member bloc will be permitted into the UK market. This follows a pattern for Britain. Invariably we apply to join these sort of trade agreements when the basic ground rules are established and which we later complain are not suitable for us.

The benefits of TPP seem more political than economic. The bloc’s largest economy is Japan’s, and we have already rolled over a trade deal with them which the government admits “could increase UK GDP in the long run by around 0.07%” [my emphasis]. This is about 1/70th of the 5 percent (circa £100bn) reduction in GDP due to Brexit over a similar timescale.

Trade Secretary Liz Truss, tweeted that membership would put the UK “at the heart of some of the world’s fastest-growing economies”:

But is it true that the TPP includes “some of the world’s fastest-growing economies”? A Twitter user suggested that may not be true. Using GDP growth figures available on the IMF’s World Economic Outlook and a website The Global Economy, they claim:

So who is right, the trade secretary or Twitter? Surprisingly both are.

The IMF figures are available for free. The EU grew its GDP by 120 percent ($7.27 trillion to $15.96 trillion) between 2000 and 2018, while the 11 TPP members only grew by 55 percent ($7.166 trillion to $11.09 trillion). But, and its a big but, this was mainly due to Japan’s sluggish growth, as you can see from table 1 below. Some TPP economies grew exceptionally rapidly, Vietnam by an amazing 660 percent, but from a low base. Australia registered a healthy 258 percent, but its economy is less than a tenth of the EU.

Britain seems to be repeating its past mistakes, joining the TPP, just as it did the EEC, when the early members had already enjoyed a period of rapid growth as recovering or developing economies. Large, mature economies like Japan’s don’t show the same spectacular growth and it is likely the TPP members’ growth curve will also flatten in future.

What about share of world trade? Again the Twitter figures are correct, as you can see from table 2 below. EU and TPP nations enjoyed an equal share of world output in 2000. Since then both have fallen, but TPP’s share had fallen further, again due to Japan’s economic woes.

What is undeniable is that the gravity model of world trade in goods still applies. This model, first suggested in 1962, says that relative economic size attracts countries to trade with each other while greater distances weaken the attractiveness. In other words, you do more trade with larger economies closer to you. Joining TPP would not alter this fact.

Industries in this country, like shell fishing, are collapsing due to Brexit. Exporters are involved in an existential struggle with the mountains of red tape introduced by our exit from the nearby European single market and customs union. Brexit will bring a swathe of new UK standards and TPP will, I presume, mean yet more.

British businesses may be forgiven for not immediately seeing the massive “opportunities” in new markets on the other side of the world. The appeal of TPP for Brexiters seems only to be that it doesn’t have the word “European” in its title.