ement of the publication of its 60-page strategy, Our Plan to Rebuild, for reopening the country, quickly turned a sensible and pragmatic approach to easing lockdown into an unnecessary scramble to rescue the government from another mess of its own making. 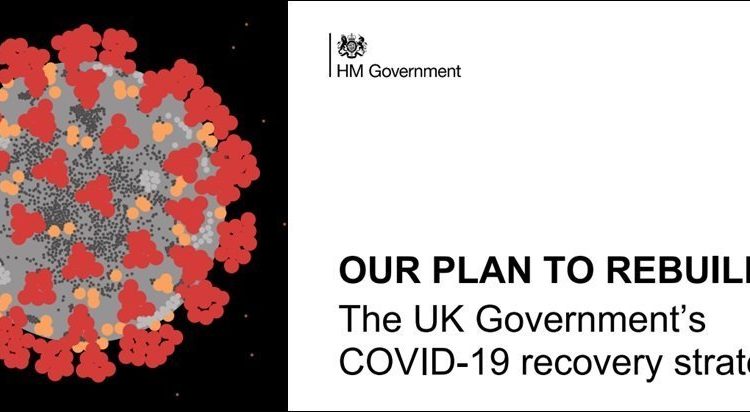 The government’s announcement of the publication of its 60-page strategy, Our Plan to Rebuild, for reopening the country, quickly turned a sensible and pragmatic approach to easing lockdown into an unnecessary scramble to rescue the government from another mess of its own making. Helen Davidson discusses how the indecent haste to implement the strategy coupled with poor messaging did much to wreck what should have been a gradual, confident and orderly return to normality.

The plan is essentially sound. It outlines the current situation and the way in which the government hopes to bring the country back to normal functioning. It clearly prioritises health while balancing this against the need to restart the economy and support social and family life. It is supported by the current evidence on disease trajectory while acknowledging the limitations of this. The guidance for business, published two days later and adjusted by sector is also sound and proportionate. It makes clear that, in most settings, the risk of contagion “needs to be managed through social distancing, hygiene and fixed teams or partnering” rather than the use of additional, coronavirus-related protective equipment. Nowhere in the plan or guidance does it suggest being or remaining ‘alert’ is a serious or viable element of the strategy.

The plan has two significant and far-reaching faults. The first was the date for the next phase of easing lockdown, which was only two days after publication of the plan, and the second was the five tests for triggering that next phase. The tests lack specificity, allowing for some vague progress in the right direction to be achieved before strict lockdown measures are eased. One test requires that “operational challenges, including testing capacity and PPE, are in hand with supply able to meet future demand”. Being ‘in hand’ is a long way off ‘being sorted’ and ‘future demand’ avoids the need to meet current demand. Applied properly however, this section need not have been problematic but we are not blessed with a government that can resist passing up an opportunity to impose its political will when given the tiniest smidgeon of a green light to do so. As it was, this wriggle room was the space within which the government was able to announce the easing of lockdown and still hide behind ‘the science’. On the basis of the (still very high) infection and death figures heading in the right direction, it opened up the country. The country’s capacity to do so safely was not one of the tests, and so was disregarded in the plan.

Other articles by the same author..

The plan was absolutely clear that businesses should reopen and employees should return to work on the 13 May; in other words giving only one full day for businesses to prepare and employees to cobble together childcare arrangements or establish how they might get to work. Guidance for business was not published until after the return to work and there was no guidance for parents or their employers about managing childcare while schools and nurseries remain closed. Workers were advised to avoid public transport “where possible” but no further attention was paid of the risks to commuters who have no option but to use it. While releasing vast numbers of the working population onto the streets and public transport systems, it simultaneously permitted everyone else who was not obliged to go to work to go out and about as much as they pleased.

It could have been so different. There would have been no harm in providing a week’s notice to give people time to receive the guidance, prepare and identify glitches to be sorted. A further week would have enabled the public to be more secure that the downward infection trend would continue and thereby alleviate some of their return to work anxieties. Had the plan and Johnson’s broadcast been just a little less emphatic and included phrases such as ‘start opening’ or ‘begin the return to work’, the ensuing rush and chaos – and resistance – might have been avoided.

Rather than presenting the reopening of businesses and a gradual return to normality as an opportunity that could be realised from 13 May onwards, it became a strategy with which to beat a lazy workforce who ‘preferred’ to sit at home all day rather than earn money to fund the NHS. Instead of being presented with a serious and important plan prepared by a competent government, the public were bounced or ‘unleashed’ into an unrealistic timetable with only another meaningless slogan to ‘stay alert’ to shield us from failure – a bit like Brexit then.