One of the most important pieces of legislation we are considering presently in the House of Lords is the agriculture bill. 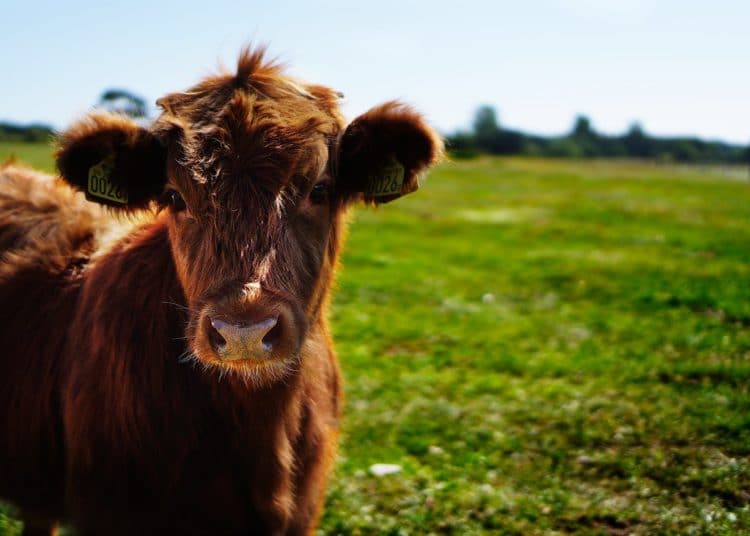 One of the most important pieces of legislation we are considering presently in the House of Lords is the agriculture bill. During its passage through the House of Commons it was argued that this bill needed to include a ban on food products which were imported to the UK – but didn’t meet our strict UK standards.

The government opposed this crucial amendment, arguing that it ought properly to be made in a trade bill and that they had already made firm manifesto commitments not to compromise – inter alia – food standards or animal welfare, in any future trade deal, presumably with any country, but almost certainly meaning the USA. However, they offered no amendments to the trade bill, which we will also be carefully considering when parliament resumes in September.

We ground through six days of intense scrutiny of the agriculture bill, sitting very late into the night on two occasions, to complete committee stage before the summer recess. It became abundantly clear that, across the House, the government would have to come up with some meaningful amendments at the next stage of the bill – the report stage – to assuage the anger of their Lordships at the government’s reluctance to put the food standards and animal welfare issues on the face of the bill.

This is an important point, as unless it is firmly written into legislation, any promises the government might give, however sincerely meant, will mean diddly-squat when their trade negotiators face up to the Americans. Liam Fox let the cat out of the bag when he said in the House of Commons on 13 May this year, speaking on the amendment that required new international treaties on the import of agricultural, rural and food products to comply with World Trade Organization safety rules:

“The US would walk were the proposals to become law in the UK, and it would be swiftly followed by others … They do not want the incorporation of UK rules to become a prerequisite to trading agreements with the UK”.

So there we have it. Any minister dealing with trade negotiations in future can decide to change their minds and renege on their promises by issuing what is called a statutory instrument – if they don’t like what the legislation says. A statutory instrument is a form of legislation that allows the provisions of an Act of parliament to be subsequently brought into force – or altered – without parliament having to pass a new Act.

Crucially, statutory instruments cannot be amended and are rarely rejected. It is vitally important that we get the main issues of contention on what we call “the face of the bill”, so that it becomes an Act of parliament and therefore more difficult to alter at a later stage. The government is strenuously rejecting this, but members are adamant that these important amendments should be written into law.

I probably don’t have to remind readers of the horrors that could be inflicted if we don’t get these amendments through.

Apart from there being no food standards in the bill, there is no clarity on how the new measures will be enforced either. The US does not want mandatory origin labelling of our food but there could be other implications for us a well. Some 94 percent of our sheep meat goes to the EU, but if we leave without a deal and on WTO terms, our export of lamb will carry a tariff of between 40 and 60 percent. We are a net importer of beef from the EU, which we are anticipating will have a tariff of around 12 percent. But our exports of beef to the EU will carry a tariff of between 40 and 60 percent. If we give concessions to the US, these would almost certainly impede the prospects of a good trade deal with the EU, which is looking ever more unrealistic.

In the UK we are only 75 percent self-sufficient in indigenous food types and 50 percent of our food is currently imported – 30 percent of which comes from the EU. We saw what happened at the beginning of the pandemic, with empty supermarket shelves because of panic buying and lack of preparedness by the government, with big disruptions to supply chains. This exposed bad behaviour and dubious practices, but will be as nothing if we leave the EU without a good deal and begin the levelling up of society that this pandemic has laid bare.

We need to establish fair trading and with it proper enforcement. We need to establish a land use framework for England – like they have in the three devolved governments of the UK – to meet our population’s food, space and energy needs. In the UK, 40 percent of species are in decline and a quarter of mammal species are at risk. Because of the lack of biodiversity and wildlife, there has been a drop of 54 percent in farmland birds during the last 50 years, with 13 percent at risk of extinction. We need to plant more trees and restore peat bogs to enable flood prevention and address the looming threats of climate change.

Omitted from the bill are legal protections to guarantee animal welfare, food hygiene rules, agricultural workers’ rights, environmental protection on the food we import and targets for reaching net-zero emissions for the agriculture industry. It says absolutely nothing about herbicides, or pesticides. There is no independent scrutiny planned and, heading into a recession, one wonders just how important these issues are going to be for the government.

We need to ensure there are no trade deals made with countries who don’t comply with our high standards. Standards we have come to rely on as members of the EU, where we knew our food and animal welfare were secure.

I want to end on the warning from the president of the national farmers’ union, who remarked, “Opening our ports, shelves and fridges to food which would be illegal to produce here … would be the work of the insane”.

Baroness Harris of Richmond is a Liberal Democrat life peer and party whip in the House of Lords.

Angela Harris is a Lancastrian married to a Yorkshireman for almost 45 years. A former councillor in North Yorkshire, she was the first woman to chair the county and then the first woman to chair its former police authority. Made a Liberal Democrat peer in 1999, she has been a whip, chaired a select committee and been a deputy speaker. Now reprising her position as a whip she also takes a interest in policing issues and Northern Ireland as well as anything to do with North Yorkshire.