The chancellor delivers his 2021 spending plan against a backdrop of unprecedented risks - financial and, for some, existential. 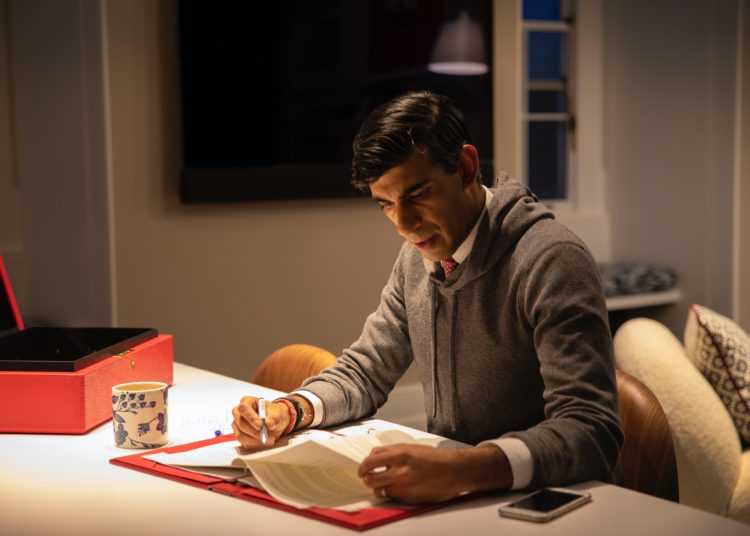 The chancellor will get to his feet later today and deliver the government’s spending plans for 2021. Prepare yourself, the figures are not going to be for the faint hearted, as we encounter the worst economic slump in more than 300 years.  He is expected to say the financial impact of coronavirus will still be felt in 2024.

Borrowing this year will be close to a cool £400bn and yet it feels like a sideshow, just another disaster to add to everything else going on at the moment. Under Boris Johnson we seem to have become inured to bad news.

The nation is under lockdown from the second wave of coronavirus, as the authorities struggle to contain the spread while planning for mass vaccinations next year that might see a return to something like normality by summer.

The end of the Brexit transition is rushing up to meet us, with a blizzard of warnings coming thick and fast. The Guardian has acquired a confidential Cabinet Office briefing which it says warns that the country is facing the possibility of civil unrest and a “systemic economic crisis”, describing several “notable risks” as “a perfect storm of simultaneous disasters” including the prospect of a bad flu season on top of the medical strains caused by covid.

“Winter 2020 could see a combination of severe flooding, pandemic influenza, a novel emerging infectious disease and coordinated industrial action, against a backdrop of the end of the transition period,” it says, in what looks like an updated and more apocalyptic version of Operation Yellowhammer about to become reality.

According to The Guardian:

“Economic chaos could raise the risks of a breakdown in public order and a national mental health crisis, while reducing the ‘financial levers’ available for the government to respond to other risks, this description of ‘planning assumptions’ warns”.

Food supply chains will be disrupted by “circumstances occurring concurrently at the end of the year” and although there will not be overall food shortages, problems could reduce availability of some fresh supplies and push up prices. I assume by “circumstances” it means government’s refusal to request an extension to the transition period last June.

This follows the French yesterday running a rehearsal in Folkestone of some of the border controls expected in January, which triggered a queue of HGVs stretching back five miles up the M20. Truck drivers were only asked for passports, proof of means, their destination and length of stay, a check which takes up to 70 seconds. In January they will face additional and much longer delays for checks on goods being carried.

Hauliers are claiming there will also be ‘mayhem’ at the Holyhead port when the Brexit transition period ends. Holyhead is the second biggest ‘roll-on roll-off’ port in the UK after Dover, carrying 1,200 lorries and trailers a day across the Irish Sea.

The Society of Motor Manufacturers and Traders (SMMT) says a no-deal Brexit would cost the UK car industry £55bn over five years, and even a ‘bare bones’ Canada-style deal disrupting EU wide supply chains would mean a £14bn hit.

The PPE scandal also rumbles on, with 11,000 containers full of PPE now blocking the port of Felixstowe at a cost of £1m per day. The National Audit Office says a lack of a stockpiled supplies when the pandemic broke forced the government to spend £10bn more than it needed to, because the kit was purchased at “substantially” higher prices because of very high global demand.

This expensive PPE, much of it purchased through single bidder contracts from inexperienced companies with political connections, is now blocking Britain’s biggest container port threatening deliveries of Christmas goods to retailers.

Local authorities are now talking openly of insolvency risks unless there are unprecedented cuts to services next year.

Meanwhile, Bank of England governor Andrew Bailey says a no-deal Brexit would be ‘worse than Covid’, while the City of London makes a late scramble to limit Brexit disruption as companies and regulators try to adapt, despite a lack of clarity on EU market access next year.

In normal times any of these stories would dominate the headlines for weeks, but in 2020 they come and go almost unnoticed. Scandals involving government ministers that would have been resigning matters previously now barely raise an eyebrow.

On 31 January 2020, Britain formally left the EU and the prime minister addressed the nation, telling us, “This is the moment when the dawn breaks and the curtain goes up on a new act in our great national drama”.

It all went downhill from there and it turns out the great national drama called Operation Yellowhammer is being played out as a black comedy, with the curtain falling on Act One at the end of December.