Sue Wilson writes to Matt Hancock, to offer her support and well-intentioned advice. "You’ve been getting a lot of stick lately over the whole ‘contracts for cronies’ scandal. I appreciate that these are times of national crisis, and that normal rules don’t apply, but you need some better excuses I’m afraid." 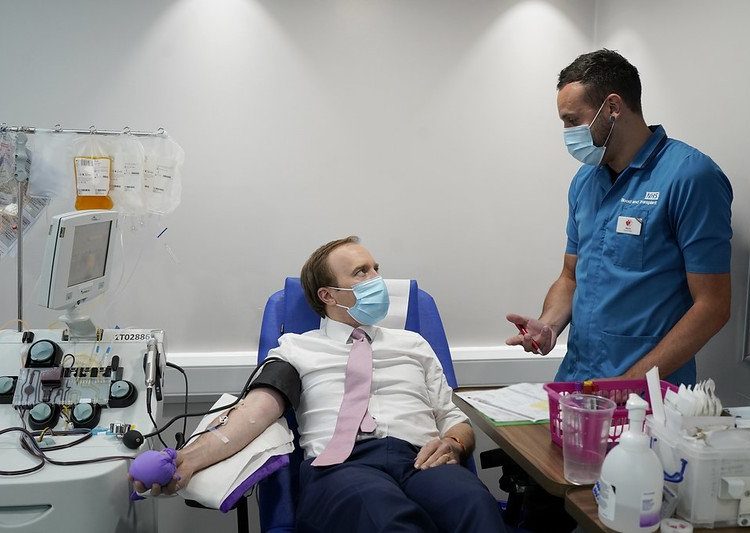 As you seem to have been in the media spotlight recently, I thought I would write to you to offer my support and some well-intentioned advice.

Firstly, I’m not sure how frequently you meet with the prime minister, but it often appears as though the right-hand doesn’t know what the far-right-hand is doing. Whether or not you compare notes, you often seem to be singing from different hymn sheets. Getting your stories straight would be a good place to start, as any good cop or lawyer will tell you.

Working for a boss that takes all the credit when things go well cannot be easy, especially when he makes you deliver the bad news. And to be fair, there’s been plenty of bad news. Still, it’s good to see you holding your own and borrowing from the boss’s methods by taking credit for the work of “your team”. I assume, by that, you mean the wonderful, and massively overstretched, NHS, who have proved themselves time and time again throughout the covid crisis. It’s puzzling that the chancellor doesn’t seem to think they deserve a decent wage after all they have been through. If only you’d seen fit to give the NHS the important task of test and trace, where might we have been now? How is Dido by the way? We haven’t seen much of her lately.

You’ve been getting a lot of stick lately – not least from Piers Morgan and Jolyon Maugham – over the whole ‘contracts for cronies’ scandal. I appreciate that these are times of national crisis, and that normal rules don’t apply, but you need some better excuses I’m afraid. Declaring that breaking the law was in the “national interest”, and that given half a chance you would do it again, was probably not the best of defences. 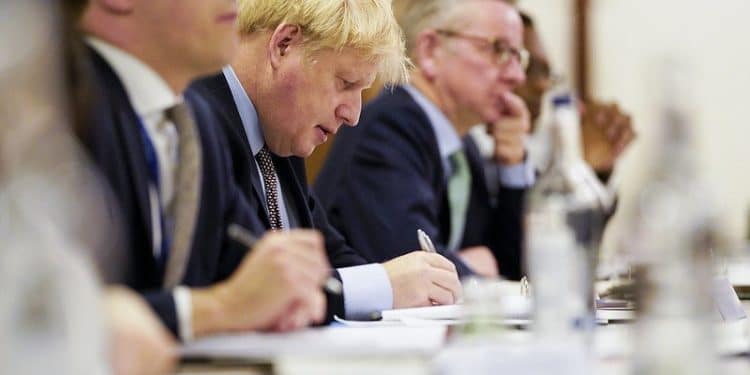 I’m sure that being taken to court at a time like this must be inconvenient to say the least. Such a shame you didn’t just own up to getting it wrong before it got that far. You could have saved the taxpayer a small fortune, and yourself considerable embarrassment. Instead, it was rather silly of you to claim after the fact that there had never been a shortage of PPE when every nurse and doctor had so much evidence to the contrary!

You could ask your boss for some pointers on how to get away with telling porkies. He’s so much better at it than you. Perhaps you have designs on Number 10 down the road? If that’s the case, I can think of better role models for you to emulate than Mr Johnson. I’m sure he’s a lot of fun down the pub, but these are times when the grown-ups should take charge.

I was pleased to see that you had the good sense to remove a photo of your mate’s pub from your office wall. Better late than never. It did look as though you had replaced it with a cycling proficiency certificate, but I know you’re not that daft! It’s a shame you moved rooms though as, we did enjoy your earlier Zoom sessions. I know having a Union Jack in plain sight is now de rigueur, but I don’t believe any other Cabinet minister went as far as having the Queen’s portrait as background.

My apologies if this all seems like unfair criticism, but I promise I’m only trying to be helpful. I do believe that you are one of the hardest working and most intelligent members of Cabinet, though that is a low bar, I admit. You have it within you to do a better job. You must have, surely.

And I don’t mean to detract from the amazing progress of the vaccination programme. At last, the UK really is world-beating at something, even if it is just the delivery of the first vaccine dose. You are right to hold this up as a fantastic achievement. However, what the country would welcome is some recognition of the terrible death toll, and your government’s part in that. Better yet, a sincere apology wouldn’t go amiss. Furthermore, you are asking the country to take “personal responsibility” to protect themselves against covid. Setting a good example with your own errors would be a good place to start.

I have one final ask. If you could see your way clear to supporting the families of those that have sadly died, that would help mitigate the terrible human cost of covid and government policy. A useful way to start would be to abandon government plans to effectively block families access to justice. Threatening the bereaved with heavy government legal fees is not a good look. Tell your boss!

Finally, I’d like to thank you for wrapping your arms around care homes and around the vulnerable in our society. Consider this letter my return hug. I have sent you a friend request on Facebook, which I hope you will accept. Did I mention I have a nice little company that is ready and willing to work for the government at a moment’s notice? I don’t have any experience of delivering PPE, or tests, or vaccines, but I’m sure we’ll pick it up quickly as long as you can pay in advance!

Sue Wilson is chair of the campaign group Bremain in Spain.