I thought I’d write to you, sooner rather than later, as I’ve little confidence of your remaining a resident of number 10 for too much longer. 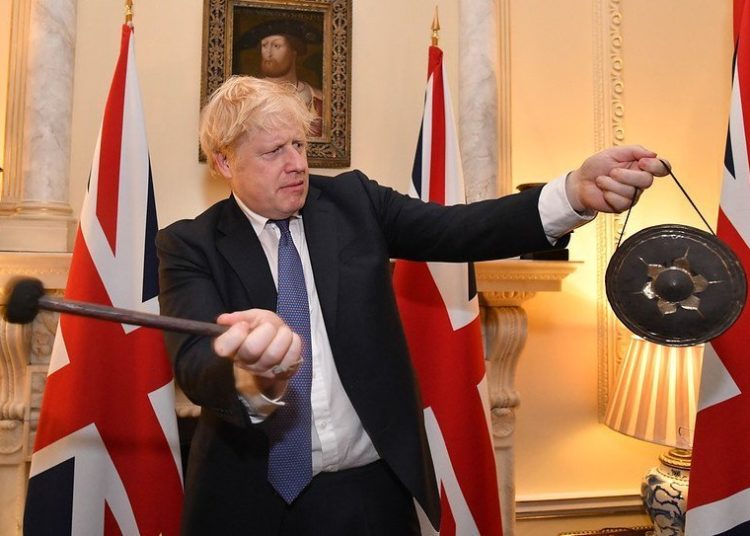 I thought I’d write to you, sooner rather than later, as I’ve little confidence of your remaining a resident of number 10 for too much longer.

First let me reassure you as to the purpose of my correspondence. The last time I wrote to a sitting prime minister was just before I took Theresa May to court in the “Wilson vs. The Prime Minister” court case. Be assured that this correspondence does not signal an imminent court case with me as the plaintiff. However, I imagine you won’t have to wait too long for your own day under full legal scrutiny.

The reason I am writing is to comment on your announcement on Friday that the country should prepare for a no-deal Brexit. It was no surprise to anyone watching your lunchtime broadcast that you were unable to keep a straight face while uttering those words. It won’t have been any surprise to the EU either. I’m not quite sure how to break it to you, but you are fooling no one, except perhaps for a few loyal leave supporters who still believe your empty promises.

Your suggestion that a no-deal Brexit is on the cards “unless there’s some fundamental change of approach” from the EU, fell rather flat. If you had wanted the country to take you seriously, why not immediately announce that the talks were over, and issue instructions to all relevant parties and businesses to make the necessary preparations?

Even the markets were unconvinced, with an analyst telling Bloomberg that, “Market participants see comments from Boris Johnson as mainly political posturing at this stage”. Had the foreign exchange markets thought you were really abandoning hope of a deal, the pound would have fallen.

Having failed to get a reaction, it was noticeable that not long afterwards your spokesperson used tougher language at the lobby briefing. The “talks were now over”, the EU were to blame (surprise, surprise), and “only if the EU fundamentally changes its position will it be worth talking”. At the time of writing, the pound is still holding.

This is not the first time we, or the EU, have heard the threat of no deal from you. Not to mention the number of times that you have set a deadline for the conclusion of the talks, only to ignore the dates on arrival. I would have thought, with your classical educational background, you might have been familiar with Aesop’s fable of the boy who cried wolf, but apparently not.

If I had hazarded a guess at your justification for your latest (if not new) stance, I would have been correct. I take no credit for that – half the country was expecting you to blame the EU and mention a Canada-style deal. I understand you’re not one for detail, but the EU have been ruling out a Canada-style deal for months. Strangely, their reasons for doing so haven’t changed either – Canada does not do anything like the amount of trade with the EU that the UK does, and it’s a long way away. I’d be happy to supply a link to a Father Ted video that explains the difference between being small and being a long, way away, if it helps.

Many pro-Europeans have believed for some time that it was always your intention to leave the EU without a deal. I never subscribed to that view. I always believed that you wanted a deal – a win – but that you could live with no deal if that was the eventual outcome. Either way, whether or not the UK could live with the damage of a no-deal outcome didn’t appear to feature in your thinking or your actions.

Thankfully, the days of the cabinet saying how wonderful a post-Brexit world will be for the UK are largely gone. Now the rhetoric is more about damage control than sunny uplands, and the public has largely woken up to the reality too. Perhaps that’s why we never hear that Brexit is the “will of the people” anymore.

So, while you are still the British prime minister, and assuming you want to keep the job a little longer, how about trying a new approach? The EU, and the British public, would welcome a large dose of reality and a detailed plan of action. I doubt anyone really knows how you feel about Brexit, or whether you will feel the same way tomorrow, or the day after that. Your U-turns will be as much a feature of the Johnson days as flip-flops were a feature of May’s.

It won’t surprise you to learn that I was, and still am, a staunch Remainer who believes the rightful place for the UK is in the European Union. Losing my rights as an EU citizen is something I will always regret, and I live in hope that they will be returned to me during my lifetime. In the meantime, I am a pragmatist, I accept a decision has been made, and I will do all I can to mitigate the damage.

You, on the other hand, must take responsibility. That means honouring the commitment you made, on the country’s behalf, to abide by the withdrawal agreement and the political declaration, and taking ownership of Brexit. You cannot blame the EU, or the opposition, if Brexit is a disaster – that’s on you. Please also remember that a no-deal Brexit will do untold damage to an already struggling economy, and that to go down the no-deal path, will not be an accident. A no-deal Brexit will be a choice – your choice. So, do us all a favour and get a deal. If you can do so without a smirk on your face, I will be eternally grateful.

Sue Wilson is chair of the campaign group Bremain in Spain.