Isabel Ralphs unpacks the gendered impact of the Covid-19 pandemic, and talks to one new mother who is helping to fight for much-needed change. 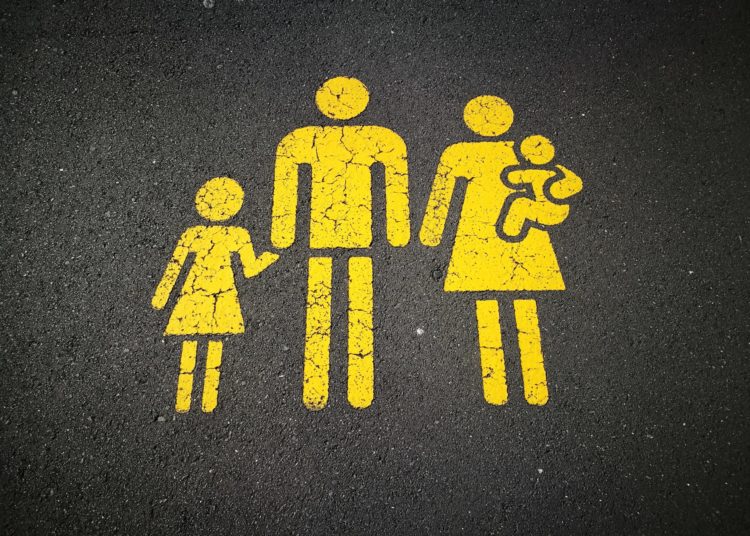 Photo by Sandy Millar on Unsplash

Last week, the Women and Equalities Committee published a report alleging that the government had “repeatedly failed to consider” the gendered impact of the coronavirus pandemic. The report argued that by not accounting for the labour market and caring inequalities faced by many women over the past 11 months, the government risks “turning the clock back” on years of progress.

The recommendations put forward include allowing employees to request flexible working arrangements when starting a job, rather than waiting the 26 weeks currently mandated by law, and improving childcare provision for people seeking work, not just those already in it. The committee also called for the government to quality assure the various support measures that have been implemented over the course of the pandemic, through a lens that accounts for the differing impacts that policies can have on women.

The gendered burden of the pandemic is not a new discovery. UN data from November last year found that women had been spending approximately 31 hours a week on childcare during the pandemic; representing an increase of five hours compared with pre-pandemic averages. Men, on the other hand, reported approximately 20 childcare hours a week before the crisis, which has since increased to 24. So whilst both genders have increased their unpaid workload, the gender gap has widened further, with women now spending almost the equivalent of an additional full-time job on childcare every week.

The result of this is lost earnings, reduced independence and an impact on mental health. In the US last year in September alone, roughly 865,000 women dropped out of the labour force, compared with 216,000 men. For those that do this, whether due to caring reasons or redundancies, re-entry to the workforce is an uphill battle – and even more so for those that dare to ask for a more flexible working schedule on their return. The narrative that women can ‘have it all’ is a laudable goal, but the mental burden that it currently creates is a heavy price to pay.

One woman who has felt the consequences of this pressure first-hand, is Bethany. Mother to a one-year old son, Bethany lost months of wages last year, having fallen through the cracks in furlough guidance as a new mother. The pandemic repeatedly pushed back the start date for her son’s childcare, but when maternity allowance wasn’t extended to match, Bethany was forced to take unpaid leave instead. The 48-hour notice period that furlough grants employers to request their employees back at work, meant that this was also not a viable option without the safety net of childcare in place first.

Although government guidance has since been updated to better support women on maternity leave, Bethany argues that many decisions are still at the behest of employers and that, “It’s awfully hard to dispute with your employer for childcare reasons”. In fact, she thinks that the pandemic has made employers even more resistant to flexible working than they previously have been:

“We’re seen to be unreliable as an employee now, because of issues around childcare. Lots of mothers have said that before they knew they could come back and have flexible working, but now they’re being rejected and forced to resign”.

Archaic attitudes to gender roles are another contributor to the problem. Bethany notes that the UK is at the bottom of the list of the world’s richest countries for paid paternity leave and recalls how her husband was laughed at by male co-workers for taking his two-week allowance:

“[After giving birth] you can be out for six weeks, unable to hold your baby properly, trying to recover. So why are men only given two weeks?

“If my husband could be a bit more flexible with his career, I wouldn’t be dealing with a pause in my own career this much. There needs to be better attitudes to maternity and paternity support”.

Bethany says that she has more than once been asked, “Why have a baby if you can’t afford one?” The fact that strangers feel entitled to challenge Bethany’s personal life choices is problematic enough in itself, but she also points out that she could have afforded a baby, but has suffered simply for not having the miracle of foresight when she gave birth in 2019:

“I had everything planned. I knew I was staying with my employer, I knew how long I was planning to take off, I had clientele to go back to … we could afford a baby, we just didn’t plan for a pandemic”.

The silver lining to all of this is the renewed attention that detrimental gender norms around childcare, housekeeping and work are now receiving. Workplaces have long been hostile to women trying to spin multiple plates at once. Unconscious biases mean women are often held to higher standards and penalised for the same traits that earn men respect (one woman’s bossiness and arrogance is another man’s confidence and charm) and forced into battle with employers that insist on staying rigid in the face of requests for more flexible working.

For the affected, the discussion is nothing new. However, in the wake of the pandemic, the inflexibility of existing workplace norms has been brought back into the forefront.

Bethany’s experiences of the last year have compelled her to take action of her own. She is currently working with charities including Maternity Action and Pregnant and Screwed to advocate for better support for working mothers and is this week giving evidence to the Treasury in hopes of gaining their support too:

“It’s a wide category of people that I’m trying to get the government to listen to. There are over 400,000 women in the country that have been affected like me. I can’t help but keep voicing it”.

The value of these kind of grassroots efforts cannot be overstated. But should it be up to individuals like Bethany to take on all the responsibility for change? The pandemic could be the impetus we need to stop the clock turning back on gender equality in the workplace, if only more people will start recognising how much we need it.