Johnson has claimed his deal is from the patisserie shop but he seems to be finding it difficult to identify the cake we are going to have. 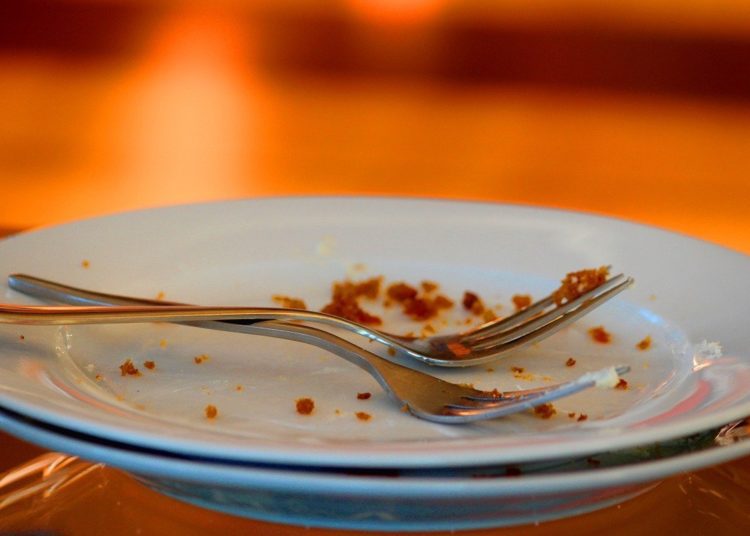 Image by Ulrike Mai from Pixabay

When Yorkshire Bylines launched last April, I wrote an article: The Great Repeal Mystery, musing about what changes to our laws could be coming down the track. Had I known Johnson would refuse to countenance any possible extension to the transition period, I might also have asked which ones were so urgently in need of repeal that serious potential disruption in January was an acceptable risk.

Well, now we know what was at the front of Johnson’s mind all this time. Britain immediately banned pulse fishing (which France did in 2019) and cut the 5 percent VAT on tampons (something George Osborne negotiated back in 2016). With great respect, it’s hardly earth shattering is it? Either the government is just limbering up, or they really don’t know what our new found sovereignty is for.

From an article by Tom Newton Dunn, in The Times – Johnson has his cake at last. Now he must work out how to eat it, – I suspect we will never actually see the cake. Newton-Dunn writes that Johnson, “has won Britain’s sovereignty back, but he does not yet know what he wants to do with it”. Adding that the PM, “hasn’t yet decided whether he does actually want to diverge from the EU rule book, or where to execute that new power”.

Brexit may actually have been a complete waste of time. It’s not impossible that we simply continue to shadow EU law forever, or make such miniscule changes that it will seem we have gained nothing except a great bulwark of trade barriers.

Many Brexiters are also looking for the cake. Mark Francois, MP for Rayleigh and Wickford since 2010, is one. H told the Financial Times, “Now that we have ‘cried freedom’ it must make sense for government departments to put their heads together and undertake a thorough analysis of areas where it makes sense for us to apply that freedom to diverge from EU regulation”.

In other words, he doesn’t even know what the cake looks like.

This might raise a few eyebrows, but it shouldn’t. After five long years of listening to Brexiters and leave voters talking about ‘sovereignty’ and unshackling ourselves from Brussels regulations, we heard precious little detail of which specific law or laws they wanted to dump.

It might surprise Mr Francois to learn that the government conducted a red tape challenge in 2011 – although the website is now closed having achieved little of note, in fact nothing as far as I know. In February 2020, before he resigned, the then chancellor, Sajid Javid, issued yet another red tape challenge to ‘liberate business’ from ‘overbearing bureaucracy’. What happened to that one?

Round and round in circles we go, endlessly looking for all those pesky, unnecessary and burdensome EU regulations to scrap, in the certain knowledge that something must need repealing, but constantly failing to identify what it is.

I don’t know why Johnson is being so coy. As joint leader of Vote Leave, he published a column in The Telegraph in May 2016 about the “morass of politically driven legislation that costs UK business about £600 million a week”. What about starting with that?

The top-line figure came from Open Europe, a now defunct ‘pop-up’ pro-Brexit think tank, that in 2015 claimed the top 100 EU regulations hit us for £33bn a year (£600m a week). The archived web page setting it all out is HERE. Open Europe dismissed government claims that the money provided £58bn in benefits as ‘vastly overstated’ – which Johnson was also happy to ignore, apparently believing there were zero benefits from the annual £33bn costs, all of which could be ‘saved’.

So, it’s not that he didn’t have a nice ready-made target list when he won the referendum, because he did. And he even referred to it directly in his own column.

So, what happened to that list? Let’s have a look, shall we?

First of all, Vote leave morphed into Change Britain (another now defunct organisation) and in December 2016 they looked at that top 100 and whittled it down to the 59 “most expensive regulatory costs that can be avoided outside the Single Market”. They’re obviously a bit embarrassed about it now, since the list has disappeared. But you can see the original, which I saved HERE and my more readable version HERE. These 59 regulations cost a total of almost £21bn, a bit short of the original £33bn but not to be sneezed at. Or was it?

Unfortunately, when Change Britain went through the 59, they found the largest of Open Europe’s claimed savings came from commitments in international law which couldn’t be avoided, cutting the reduced total by another £13bn, leaving just £8bn. Not that much, but at least it was a start.

They then checked against the government’s 2011 red tape review and found many were not highlighted, since they either generated a measurable benefit or were desirable things for society. Ten were for eco-design directives intended to create more efficient dishwashers, power supplies, set-top boxes and the like. Others were about tobacco products, pressure vessels, money laundering or railway signalling. It seemed Open Europe wanted to go back to a sort of deregulated Stone Age.

When all these other ‘savings’ were stripped out, and taking into account the benefits of things like ensuring professional bus and lorry drivers were properly competent (Open Europe weren’t too worried apparently), the £33bn had dropped to savings of just £1,219m. The great head-turning £600m a week figure, had shrunk to just £23m.

However, even this was an over statement, because £1,058m was to come from scrapping the 1998 Data Protection Act!

If we assume the government will shy away from actually scrapping the DPA, since the EU, who are waiting to declare a data adequacy decision shortly, would block all data flows if we did, the annual savings come in at £3m a week (about what the government spends on paper clips).

So, it is perhaps unsurprising that the prime minister is in a bit of a quandary. There were no great savings to be had by scrapping EU regulations, even in 2016.

But now, with the Trade and Cooperation Agreement non-regression article (6.2), he has agreed to not “weaken or reduce, in a manner affecting trade or investment between the Parties, its labour and social levels of protection below the levels in place at the end of the transition period”.

This limits his scope for big changes even further, and as Newton-Dunn says about rebalancing (article 9.4) against future EU regulation changes:

“Under the [TCA], tariff- and quota-free goods trade is dependent on the UK staying aligned with the EU’s level playing field rules on environmental and labour force protections, and state-aid subsidies. So the deal owes less to the cake department than to the hire-purchase department. It is strictly conditional. It is only ours for as long as we keep paying the bill of alignment”.

Johnson has emerged from his Brexit ‘triumph’ blinking into the daylight and finding himself locked into a thicket of international obligations that limit what a newly sovereign Britain can do in practice.

If he has found the cake, it isn’t clear how much is left.