Michael Hindley looks at just how isolated Britain is going to be in post-Brexit trade talks, and the difficulty of 'rollovers' in trading. "Brexiters are in for shocks of recognition, as they realise that the key decisions in world trade will be made elsewhere. Washington, Beijing, Tokyo and the World Trade Organization in Geneva. Brexit Britain is truly on its own." 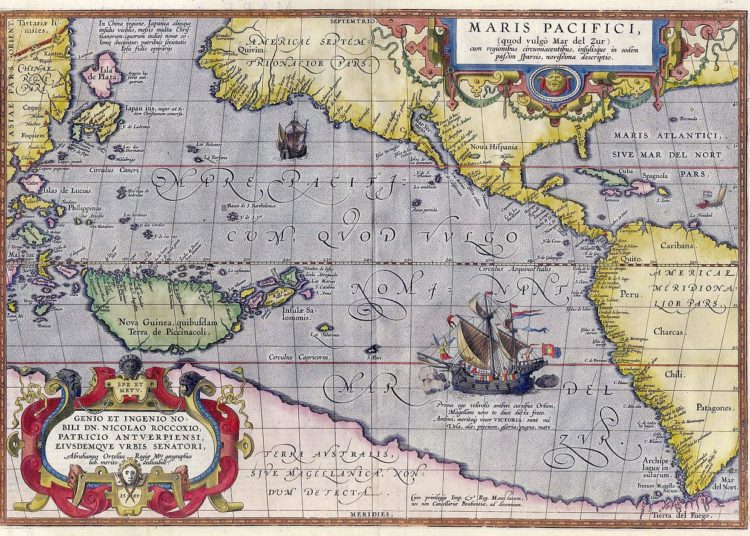 Michael Gove, who was a major influence in the Brexit campaign, held high government position in the subsequent four years, voted for the Withdrawal Agreement and then for the January EU trade deal, now wants time to “reset” our relationship with the EU. Presumably to consider contingencies he ought to have been considering for the last five years. Not only is the mess at the ports and our new border down the Irish Sea clear to all, but the world is not queuing up to make new trade deals with a Britain released from trading on EU terms.

Having left the largest internal market in the world, the search is on to give the impression that there are many new trade partnerships out there to compensate for the already very real loss of cross-Channel trade. Trade Secretary Truss announced our future lies at the “heart of Asia/Pacific” – you have to wonder if she has an atlas – where some 11 countries came together in 2018 to form a loose alliance, whose aspiration is confined to a general agreement to improve trade by lowering tariffs (taxes on imports).

The Comprehensive and Progressive Agreement for Trans-Pacific Partnership (CPTPP) was originally intended to include the USA but Trump’s ‘America First’ policy saw the USA withdraw. As Biden seeks to undo the damage to US relationships worldwide, USA may reactivate interest in CPTPP.

At the moment, Britain’s trade with the CPTPP countries is less than our trade with Germany alone; that’s some deficit to make up, and informed speculation suggests it could be ten years before any benefit from CPTPP might accrue.

Beyond the frothy headlines, it’s hard to see any practical advantage for Britain in CPTPP. Britain already has agreements with our biggest partners in CPTPP, Canada and Japan, and is negotiating bilateral deals with New Zealand and Australia to improve trade. So quite where the value-added of joining CPTPP lies, beyond the short-term propaganda, is hard to see. There is however an immediate danger, in that any wider opening to New Zealand and Australian meat is bad news for British farmers.

The immediate trade problem after Brexit was what would happen to the existing EU trade deals which Britain was party to. The simple, practical solution was to ‘rollover’ those deals, so that Britain would continue to trade under terms set by the EU, and such deals would continue until Britain and the respective partners request a new deal.

Rollovers mean that, for the foreseeable future, Britain will be trading under EU rules with the 63 countries with which we now have these rollover agreements. So much for independent trade policy.

There was a potential snag, in that the rollovers could only happen with the consent of the other country, but all but Japan agreed and Britain now has a slightly altered ‘new’ deal with Japan. To be fair to our trade mandarins, these rollovers have demanded a great deal of work. Rollovers are not new deals to be trumpeted as successes, they are stop-gap measures. A great sort-out waits down the road.

Most rollover partners have adopted a ‘wait and see’ attitude, because everything comes down to the eventual practical consequences of the skeleton deal between Britain and the EU, and it will take some time before the true pattern emerges. Johnson’s deal is very much to the benefit of the EU, rather than the UK. The deal allows openness to EU goods, where the European exporters are strong, whilst denying reciprocal open access to service, where Britain is strong.

Johnson and the right-wing press fake anger that the EU is acting in its own best interest. Do they really suggest the EU should act in our best interest? Some Brexiters do actually share this delusion and take umbrage. But the others – those in the know – are just cynically squeezing as much out of the anti-Brussels sentiment as they can.

The practical weaknesses of Britain’s ‘oven ready’ deal are already disastrous for inshore fishermen. We face years of arcane negotiations about the minutiae of access, all behind closed doors where experts will be lobbied by vested interests. Small percentage changes in regulations can make huge differences in profitability and will decide where manufacturers and service providers choose to invest and locate.

There is already an indication of the maze of regulatory complications for businesses, with the tragic-comic news that the Cheshire Cheese company is relocating in the EU. If exporting is going to be difficult, then set up in your market instead and avoid the red tape. Others are following. “You can’t buck the market”, as Mrs Thatcher was wont to say.

It is embarrassing to be reminded of Theresa May’s cringe-making approach to the monster Trump, to try to offset any damage of Brexit with a bountiful trade deal with the USA – another chimera that didn’t materialise. Biden will express no sentimental guff about our ‘special relationship’; he already told the BBC he was “Irish”. He will be pragmatic in acting in the US’ own interests. Like Japan, the USA’s interests have never been as simple as ‘the special relationship’, but are based on the fact that Britain used to be their best entry into the common market of 500 million.

One thing I have learnt in politics is that politicians have long memories. Biden was very loyal to Obama, who was insulted by Johnson and the right-wing press here. Biden’s policy on Brexit Britain is going to be determined by his friend’s message that Britain’s place would be “at the back of the queue”.

Brexiters are therefore in for shocks of recognition, as they realise that the key decisions in world trade will be made elsewhere. Washington, Beijing, Tokyo and the World Trade Organization in Geneva. Brexit Britain is truly on its own.