The 1984 film 'Threads' is artistic activism, a campaign for nuclear disarmament and a warning against individualism. As we celebrate a step towards the total elimination of nuclear weapons, we remember why these measures are necessary. 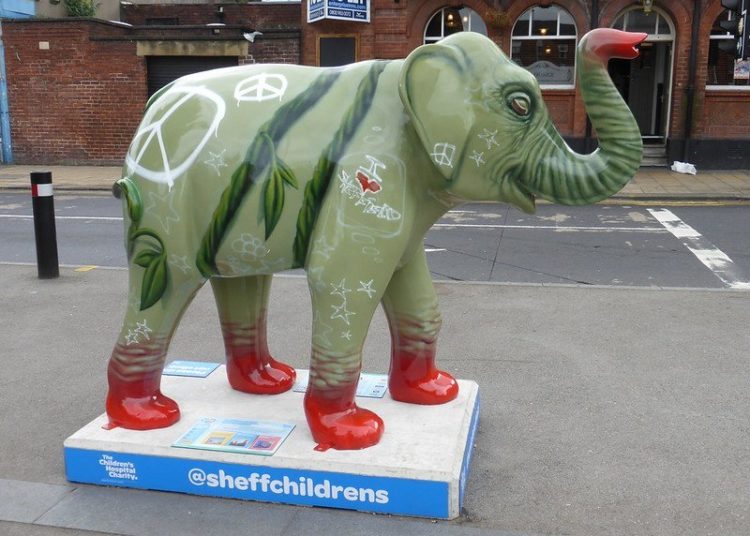 On 22 January 2021, last Friday, the Treaty on the Prohibition of Nuclear Weapons became effective in international law. If you are in any doubt about the importance of this treaty to the future of the human race, now is the time to watch or re-watch one of the most impactful films the UK has ever released – Threads.

“You cannot win a nuclear war!” the words ring out on a cold day outside Sheffield Town hall – all you can do is manage the consequences. A setting not too unfamiliar with anyone from the steel city in any year. But 1984’s Threads focuses on the direct localised impact of a nuclear attack and the fallout that would follow.

Barry Hines (writer of A Kestrel for a Knave) penned a story which, as “the Scariest TV show ever made” was felt to be all too real for its audience, only airing twice on the BBC. Hines and director Mick Jackson (The Bodyguard) draw our attention to the fundamental features – the services provided by people, for people – which tie society together. When these fall away from modern society as the disaster unfolds, civilization is crippled. The bonds that make society strong are equally its biggest weakness.

The first act of the film follows the fledgling relationship of Ruth and Jimmy and, knowing what is to come, we watch these scenes with a sense of tragedy and discomfort at the superficial nature of problems that won’t exist by the start of the second act. There are arguments and scenes that make the viewer cringe from second-hand embarrassment, idiosyncratic moments of difficulty that are incomparable to events following the nuclear attack. The viewer feels these fleeting moments of ordinary life, savouring aspects of existence that will shortly be wiped out.

Threads contrasts the mundanity of everyday life, as Ruth and Jimmy work on their relationship, with the despair of nuclear fallout as characters tussle with food scarcity and personal security. Hines highlights the impact a nuclear attack would have by placing a microscope over a working-class industrial city,

Here he brings to the fore the way a global disaster affects people, and the importance of community, in a way that Hollywood and its never-ending string of blockbusters rarely achieves. The characters Threads depicts, are deeply personable; we care intensely for them because, despite their faults, they represent us; they work, they argue, they have normal problems (such as moving out of their parents’ houses) and they have no great plan to save the world. Just like us.

Jimmy and his family are forced to barricade themselves into their home using a mattress, as Ruth and her family have the safety of larger residence, and a cellar. The upper echelons of local government take refuge in a bunker. However, this film then twists the despairing knife further as the fallout takes effect. Nobody is safe from the peril. The devastation, pain and suffering of a nuclear disaster is transcendent and effects everyone.

Threads was released in the middle of Margret Thatcher’s premiership, when she  threated to “nuke Argentina” and the idea of society and community was contested. This individualism stops collective effort to restore society and working together and instead, we see violence carried out by people and the state as they prioritise individual survival.

Equally present in the film, although never explicitly attributed to Thatcher herself, is the state’s indifferent attitude towards nuclear weapons. There is a sense of readiness, and that war is necessary, perhaps tapping into the feeling of the country at the time. Hines and Jackson use this disregard for society and cavalier relationship with nuclear weapons to build a world that represents our own, and humanity looks to fail in the face of catastrophe, when solidarity and community are need all there is, is insipid individualism.

Threads helps us to see and feel the threat that nuclear annihilation poses, through the lives of its characters pre and post-attack. The film forces us to look at the issue of nuclear power and coveys the critical need for community that, without it, life would be savage and endlessly dangerous. Threads is artistic activism, a campaign for nuclear disarmament and a warning against individualism. As we celebrate a step towards the total elimination of nuclear weapons, we remember why these measures are necessary.