While Johnson has overpromised on levelling up, plans to cut universal credit are only going to leave the country's poorest further behind. 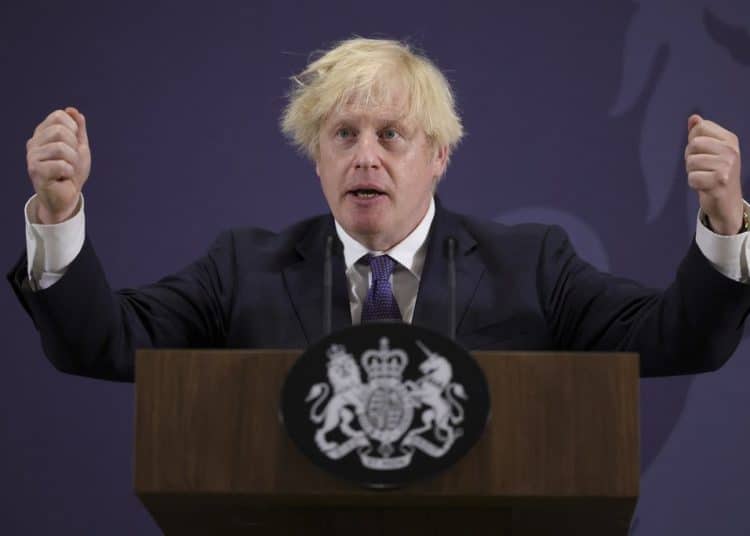 Prime Minister Boris Johnson Levelling UP Speech by Number 10 is licensed under CC BY 2.0

Yesterday’s speech by the prime minister outlining his plans to “level up”  has been roundly criticized for being no more than a soundbite – little of substance but plenty of  hyperbole. And this from a government that last week confirmed that it plans to go ahead with the cut to Universal Credit by £20 a week in October.

According to the Institute for Fiscal Studies about 1.2 million people receive less than £92 per week in benefits and this current uplift accounts for at least 20 percent of their entitlement. So far so uneven for them.

The announcement of the cut has not been met with enthusiasm in some Tory quarters.

Notably all six of the previous secretaries of state for Work & Pensions since 2010, including Iain Duncan Smith and Damian Green, have urged the government not to go ahead with the cut, saying that it has been a crucial investment in the social security system that allowed families to live with dignity. The Northern Research Group, an influential group of Conservative MPs representing Northern constituencies, have also warned against it.

This growing concern amongst Conservative MPs joins the huge number of cross-party voices on this, as well as hundreds of charities, think tanks, health bodies, community groups and religious leaders.

They all argue that in recent years, cuts and freezes to our levels of social security support have left many families living with constant insecurity, unable to meet their everyday needs. Instead of protecting families from poverty, many have been pulled deeper into it.

Stephen Crabb MP, previous secretary of state for Work & Pensions, thinks the system has been squeezed too much as the incomes for some were falling. Writing for Politics Home he said:

“This £20 increase was a vital investment in the adequacy of our social security system. The logical explanation for the decision to increase rates was that previous rates were too low to adequately protect families.”

The impact of the cut

If the cut goes ahead, it will start to impact people from the 6th of October. The overnight £20 a week cut to Universal Credit and Working Tax Credit, will impact over six million families, and is expected to pull over half a million more people into poverty, including 200,000 children according to Joseph Rowntree Foundation.

Whilst the chancellor and ministers are saying that this cut will get more families back into work, the Joseph Rowntree Foundation say that the majority of families impacted by the cut to universal credit and working tax credits are in work. The cut will have a huge impact on those unable to work, those trying to find work after the crisis and those in-work, already with low earnings.

“Whether during a national crisis or in ‘normal’ times, social security plays a vital role in our society supporting families both in and out of work. It needs to be adequate to protect people from hardship, as well as bring stability to open up options and allow families to reach new opportunities.

“In the years leading up to the pandemic, in-work poverty was rising, and this was partly due to the cuts and freezes to social security. Despite the minimum wage increasing, reductions in support from Universal Credit meant working families were struggling to make ends meet. If the government is committed to levelling up, then it should give families the stability to thrive rather than cutting their incomes this Autumn.”

Not much levelling up from the government

Many campaigners are also raising concern about the continued exclusion of ‘legacy benefits’ from this vital investment in support.

Claimants who are still on employment support allowance (ESA), jobseeker’s allowance (JSA) and income support have not had the same increase to the main ‘standard’ rate of their benefit. ESA claimants are now legally challenging this decision from DWP, and the case will be heard by the High Court in September.

The government is not going to get an easy ride on this. Nor should it.

You cannot make grand claims to be levelling up whilst at the same time pulling away the lifeline that is keeping the poorest and most disadvantaged afloat. It will be one of the key issues for the prime minister to tackle after summer recess with pressure defy the Treasury and back making this increase permanent.

Time to walk the walk on levelling up.