Last week, Johnson threatened to rip up the withdrawal agreement, which is the document that contains the terms of agreement reached between the EU and UK about their future relationship. 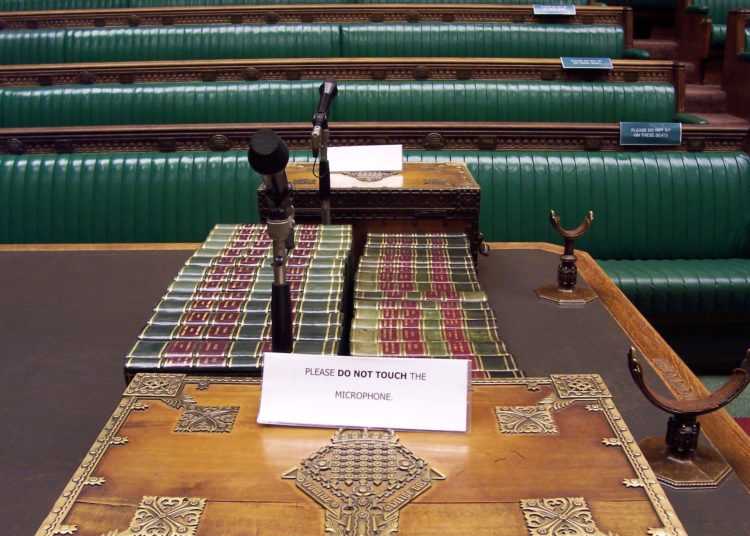 As Anthony Robinson (no relation) highlighted on the 14 September, the UK government announced last week that they intend to break international law. Perfectly stated by David Allen Green, “the government of the United Kingdom is proposing to enact legislation that is deliberately intended to make it possible for ministers to make regulations that would break international and domestic law”.

In the same week, the legal profession discovered that the UK’s attorney general doesn’t comprehend the rule of law, which was followed by the media PR machine trying to blame Johnson’s failure on the EU, even though it was Johnson’s deal. This latter element makes a change from Johnson blaming clinicians, nurses, care homeowners, Labour or those who voted ‘remain’ four years ago, for his own inadequacies.

Unfortunately, on the second reading of the United Kingdom internal market bill on 14 September 2020, the majority of parliament supported the government’s decision to break international law, illustrating that the UK currently has the most dangerous politicians in its history. See Jessica Simor QC’s twitter analysis:

Last week, Johnson threatened to rip up the withdrawal agreement, which is the document that contains the terms of agreement reached between the EU and UK about their future relationship – negotiated by the Conservative Party and approved by parliament under Johnson – the very agreement Johnson is now seeking to blame the EU for. Of course, it is entirely possible he has forgotten his ‘oven ready deal’ and involvement in the withdrawal agreement. But it is more plausible that either the Conservative government wants a no deal Brexit (which I have always suspected, as there are people who shall benefit financially from the chaos), or that the withdrawal agreement was never good enough in the first place.

While I, as a barrister, would receive a complaint if I negotiated a deal that was worse than the one a client already possessed, the Conservatives told the electorate they would ‘get the best deal’ and are now trying to manipulate the British public into embracing no deal, which shall decimate the economy, farming, fishing and, in fact, most industries. The best deal was the one that we had until Johnson took the UK out of the EU in January 2020. Further, I suspect that the bill was drafted before Johnson’s announcement last week, therefore I conclude it is evidence that no-deal Brexit has been the Conservative’s plan since at least the 2019 general election, whatever their representations are to the electorate.

Because the withdrawal agreement includes a protocol on Ireland and Northern Ireland, the Good Friday (Belfast) agreement is also at risk, which causes me great concern. In fact, Johnson’s approach is likely to force a hard border in Northern Ireland and threaten peace. Further, the move by Johnson threatens a potential USA-UK trade deal, that the Conservatives have spent a significant amount of time pursuing. As reported in the Independent:

“Nancy Pelosi, the speaker of the US House of Representatives, warned there was ‘absolutely no chance’ of a US-UK trade deal passing Congress if Mr Johnson’s actions damaged the Good Friday Agreement, which she described as ‘treasured by the American people’ and an inspiration to the world.”

The poor standard of behaviour from certain Conservatives is nothing new. Jacob Rees-Mogg has previously been criticised for his lack of compassion when he suggested that post-Brexit checks should be like those operating “during the Troubles”. Priti Patel was also criticised for her “profound ignorance and insensitivity” in respect to Ireland. My personal hope is that this disgraceful conduct by British politicians leads to a united Ireland, which I suspect would be an economic advantage for them.

The Conservatives were previously known as “the party of law and order”, while the reality is that they are a party whose actions have been found unlawful and they cause disorder. Contrary to any suggestion on social media that politicians would face prison time for breaching international law, this type of law breaking would most likely result in the UK being censured by the United Nations and paying damages for the breach (think of it as breaching a contract). The more serious element is that it is a public declaration that the UK government cannot be trusted to abide by the law, domestic or international, which will have worldwide ramifications for decades.

The Conservatives have already damaged the reputation of Great Britain; they have shown that the UK may sign agreements and shake hands on a deal, but when the time comes to abide by it, the UK will ditch it quicker than Johnson ditches his mistresses. Countries who regard the UK in high esteem will no longer have that respect for this once great nation. Those who laugh off Johnson’s behaviour are condoning one of the worst prime ministers in British history and his disregard for our laws. The duty of the government and parliament is to act in the best interests of the UK and not themselves, their donors, or their party.

It is extremely dangerous behaviour that will not only impact on the UK’s own reputation, but will have a consequential impact on the world. Because if the UK doesn’t respect the rule of law, why should any country do so, and what right will we have to comment on any future breaches of law by other countries, including murderous dictators?

There is the remote chance that, despite the vast array of lawyers and civil servants at the government’s disposal, the government does not comprehend what an EU trade deal means to the UK or the impact of the internal market bill on British (and global) democracy. However, while they spin their frequent chaos as someone else’s fault, we cannot blame this on their incompetence; these actions are deliberate, designed to cause chaos.

If we accept their excuses, we are disregarding the role of government and every MP who must be held to account by the very public that they ‘represent’. If they are not sufficiently competent or they are content to break British or any other law, they must go and a government of national unity should be formed to save the UK from further economic and social decline. Party politics has nearly destroyed the UK and it is time we, the people, took back control, remove this ugly element from the political arena and clean it up to improve British politics to an acceptable international standard.

We need to do this before Britain is broken beyond repair.