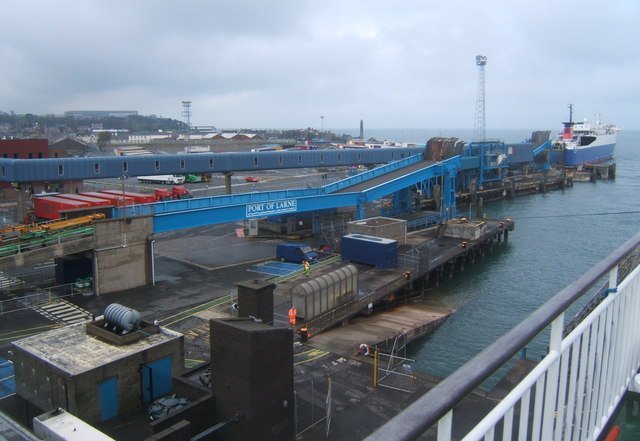 Yesterday, Cabinet Office Minister Michael Gove met the European Commission’s vice president Maroš Šefčovič, where it was widely expected that Gove would be told in no uncertain terms to get back in his box.

The meeting was part of an ongoing dialogue with the EU to find some sort of lasting solution for the trading arrangements between Northern Ireland and the rest of the UK.

Much of this though, as Anthony Robinson explained in another Yorkshire Bylines article, is due to the last-ditch solution that Johnson came up with to avoid a hard border between Northern Ireland and Ireland.

This was always going to come back and bite the prime minister.

Tensions emerged recently when the European Commission threatened to use Article 16 in a row over coronavirus vaccine supplies. It led Gove to tell the European scrutiny committee that the EU’s move to use the measure was “a moment when trust was eroded, when damage was done, and where movement is required in order to ensure that we have an appropriate reset”.

The inevitable disruption has caused an escalation of tensions, with unionists calling for the protocol to be scrapped. The Belfast Telegraph reported that the Democratic Unionist Party’s Westminster leader has accused the EU of trying to “ramp up” the Northern Ireland protocol and increasing trade disruption between Great Britain and Northern Ireland.

This no doubt was fuelled by Šefčovič’s letter, published ahead of yesterday’s meeting, which said the flexibilities for Northern Ireland, “Cannot be agreed beyond what the protocol foresees already”. The letter went on:

“The protocol is the solution agreed by the UK and the EU to these challenges: it is the only way to protect the Good Friday (Belfast) Agreement, preserving peace and stability and avoiding a hard border on the island of Ireland.

“The Union’s commitment to the objectives of the protocol on Ireland/Northern Ireland, as a cornerstone of both the Withdrawal Agreement and the relationship between the European Union and United Kingdom, is unwavering”.

Just what Gove was expecting from yesterday’s meeting is unclear, but one thing that is clear is that tensions are likely to mount over the coming months, not dissipate.

The problems over how to manage trade and the border were laid bare at Wednesday’s Northern Ireland affairs committee. Taking evidence from logistics, freight and ports experts, the committee heard first-hand about the latest version of the Irish troubles – how to manage trade and the protocol. The chairperson Simon Hoare asked what effect the protocol has had on day to day business. “Where do you start?” would have been the simple answer.

Sarah Hards, business development manager at AM Nexday, explained about delays on information from the UK government – a notable case being information about easement for UK parcels published finally on New Year’s Eve, the day before it was to come into place.

Ian Davies, head of UK port authorities at Stena Line, said that whilst ports across the UK are operating roughly the same as in 2020, market distortion is taking place on a big scale. The freight traffic between Wales and Northern Ireland is down 50 percent, and with Holyhead the second biggest ferry port in the UK (450,000 freight units per year) this is significant. A lot of this is movement of just-in-time goods, so these delays are causing huge problems.

“Turnover is down, red tape is up, there’s huge distortion to the market. Empty vehicles back from NI to GB, SBS issues, inadequate training and this is the grace period – you must be looking forward to April 1st”, quipped DUP MP Ian Paisley.

Whilst not always known for having his finger on the pulse, on this occasion Paisley was spot on. Because the elephant in the room for business trading in and out of Northern Island is not so much now, but what’s coming round the corner on 1 April, when the current grace period – essentially time for NI businesses and their suppliers in the rest of the UK to adapt to new border control – ends.

The start of April will see the EU’s usual certification requirements when importing products from the rest of the UK start to apply. What that means in reality is that export health certificates will come into play, requiring a vet, or other professional, to sign off a complex piece of administration for every consignment of products of animal origin – meat, fish, dairy and eggs.

The first test of all this comes on 22 February according to the BBC, when processed meat products like mince or sausages to be high-risk goods, start to be certified.

All those giving evidence on Wednesday made it clear that we need an extension to that grace period. Businesses need more time to adapt to the new rules, and they certainly need advance warning of anything new coming over the hill.

Stephen McAneney, managing director at Allied Fleet Services, suggested that what’s needed is a simplified frontier declaration, as there are simply too many processes in the chain. He also made a plea for a level of trust placed with business and suggested that a trusted trader scheme be put in place for agrifoods instead of what’s being proposed, which is a veterinary visit for every consignment that is about to make a trip across the Irish Sea.

At the heart of this is the fact that if the transition on 1 January had been smooth, business, traders and hauliers would not now be asking for more time. Unfortunately, it wasn’t: the trade support system still needs a lot of refinement and processes still need to be embedded.

This is a time of huge uncertainty, not just for business but also for Northern Ireland – and for the future of the protocol. After hearing the evidence at Wednesday’s committee meeting, the chair summed up the Northern Ireland protocol as “neither Armageddon nor nirvana”.

The grace period will have been high on the agenda at yesterday’s talks. Remember when Johnson insisted it was possible to have a frictionless border using the latest technology?