The new unitary authorities in North Yorkshire represent the easiest option, with little creativity, but some benefits for Yorkshire. 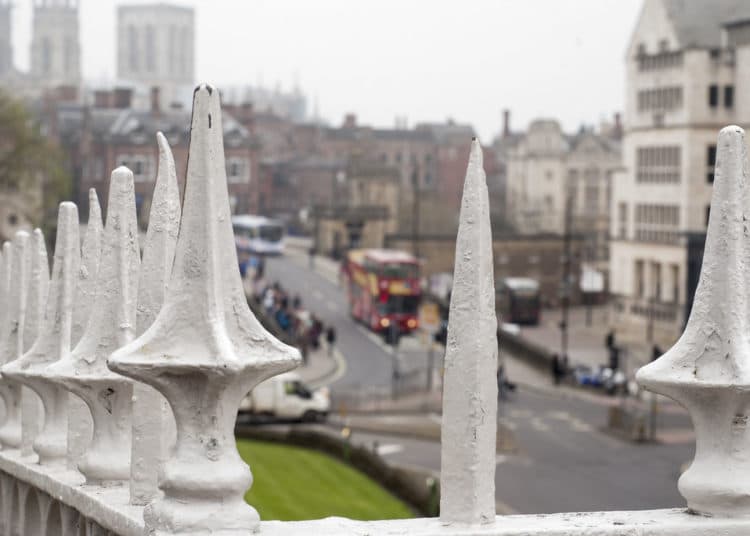 On 21 July in the last week of the current parliamentary session, Robert Jenrick, the secretary of state for communities and local government announced a number of local government changes, including a new unitary authority in Yorkshire.

In the case of North Yorkshire/York he announced that he would “at the turn of the year” seek parliamentary approval for the creation of a new North Yorkshire unitary authority and of the necessary transitional arrangements to bring it about.

A unitary authority for the whole of the current North Yorkshire county area would thereby replace the current arrangement, of one county council and seven district councils. The proposal is that the current York City Council will continue unchanged.

A full timetable has still to be announced – but the assumption is that, with a May 2022 election of the new councillors having been announced, there would be a year to take the basic decisions on the new administration of services and appointments. This would enable the assumption of operational authority and control from April 2023 when all eight existing councils will be abolished.

The background to this is the government version of devolution, linked to ‘levelling up’, which involves the future creation/election of an executive mayor for the North Yorkshire/York area. The replacement of the current two-tier system with the unitary authorities was a necessary condition for this to happen.

The decision follows a sweeping dismissal by the government of an east/west split that shire district councils put forward. This would have incorporated York into a western North Yorkshire unitary authority. There are references to the result of an unpublished consultation process, but only the two proposals from the councils were considered.

If the government was not to adopt the alternative proposals of the shire districts, the largest question was perhaps whether the government would leave York City unitary council in its present form. Its population of 210,000 falls far short of the government’s own criteria, and there is an obvious option of joining it with Selby’s 90,000 residents, which would make it more viable. The most obvious (yet unexplored) alternative was a York, Selby, Harrogate option given the community of interest relationship with Leeds City Region.

In this way, the disruption is minimised and the core service delivery can continue mainly unchanged for the population of over 600,000. Although the functions of district councils such as housing, planning, recreation and leisure are substantial, the scale is less and they can be more readily absorbed into a larger administration.

There are, however, odd discrepancies in the government decisions announced at the same time. Criteria were given to justify the different outcomes in North Yorkshire/York, Cumbria, and Somerset, but these are essentially party political decisions. Having said that, there are plenty of Conservative run councils and councillors not happy with these central government decisions.

The tasks to come for the new unitary authority

The transition involves decisions on the size of the new elected council, whether existing electoral divisions will be adopted in whole or in part, and what voting system should be used. The new council will then settle governance arrangements for both elected members and officers/departments, and the organisation of service delivery.

The shire district services will need reorganisation, whilst the existing countywide services may or may not remain virtually intact. Proponents for the North Yorkshire/York model and the East/West split both promised savings, so budgets will be under pressure. Staff will be concerned about their jobs, since central funding for local government is due further sharp cuts. It will also be necessary for a combined authority to be formed by the two unitaries, which will work with the executive mayor.

Further, in some areas there are town councils, which have some limited and very local powers. Some major towns, an example being Harrogate, do not have one, so it is likely that some new town councils will be formed to replace some of the lost local democratic influence. The negotiations might prove lively for some important towns in what is a largely rural county area.

However important the shape of local government is and the speculative advantages of a unitary system over a two tier one, for some the prize is the government’s proposal for an executive mayor. The much heralded government devolution white paper has still not been published (it is understood there is internal Conservative Party opposition), but the announcement associates the executive mayoral concept ‘for the counties’ as part of the government devolution and levelling up agenda.

While ‘devolution’ in the true sense of the concept, this is not, it is well worth having as it is a transference of at least some money and powers of development, transport and skills training, from central government. Events related to Covid-19 have demonstrated to a public warming to the existence of a strong powerful local voice like an executive mayor’s. In cities like Greater Manchester, that influence can be almost as important as actual powers.

A regional dimension – One Yorkshire?

There are now executive mayors in South and West Yorkshire, and it is understood that there are talks for a Hull/East Yorkshire mayor in 2022, joining the two existing unitary authorities. So with the stage cleared for a North Yorkshire/York mayor, the prospect of four executive mayors in Yorkshire is now within reach. This is both a sobering and a potentially very significant prospect then for those who seek regional governance for Yorkshire as a whole.

If the four executive mayors were to work together as a group, they would represent a very powerful combined voice indeed. They could well come from different political parties, but this could be a strength not a weakness – working together would surely not be too difficult given regional strategic issues.

If a pragmatic stance is taken this could be a fantastic opportunity for promoting the interests of Yorkshire as a whole – make it work and who knows where it could lead. And what if the current government is driven to propose a new constitutional settlement for the UK in an effort to resolve its serious political problems affecting the integrity of the UK in Scotland and Northern Ireland – with Wales flexing their muscles?

Watch this space – there are exciting times ahead for God’s Own County.