Does the dramatic by-election result in North Shropshire suggest a revolution or a temporary blip? Or perhaps something in between? 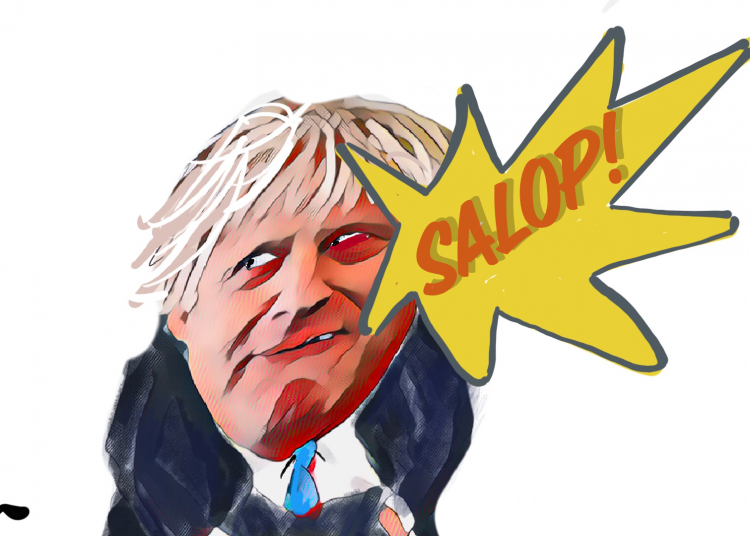 Johnson has lost his fizz. Cartoon by Stan

Dramatic by-election results – and Helen Morgan’s victory in North Shropshire’s is certainly one of the most dramatic – tend to give rise to two competing narratives: that a revolution has taken place and British politics will never be the same again; or alternatively: calm down: the result will soon be relegated to the footnotes of our nation’s electoral story as life returns to normal.

It makes more sense to avoid both extremes and work out what lessons can legitimately be learned. Here are three from North Shropshire.

Number one: it ranks high in the league table of mid-term Liberal Democrat victories.

This is the 25th time the Liberal Democrats (or their predecessor parties, the Liberals and Social Democrats) have gained a by-election seat from the Conservatives since the fifties; but only once before have the Tories collapsed more. Of those 25 defeats, these are the eight worst.

The Tory nightmare resides not just in those numbers but in their national context. After all but one of those mega-losses, the Conservatives went on to lose power at the following general election. (Note for nerds: the exception was Torrington, 63 years ago. And the figures there may have been distorted by the Liberals not having stood at the previous election.) All in all, the precedents are bleak for Boris Johnson.

If the prime minister looks for comfort, the nationwide opinion polls provide some. True, Labour has moved into a clear lead for the first time in the current parliament. But by past standards, the mid-term opposition lead is pretty modest. However, the polls also show that Johnson’s personal ratings have fallen sharply since the general election. He no longer enjoys the aura of the supreme vote-winner that appeals to voters other Tories cannot reach. The Heineken Tory has lost his fizz.

Indeed, one of the notable features of last night’s result is that a constituency where 60 percent voted Leave in the Brexit referendum could muster barely 30 percent for the Tories this time round. The Lib Dems’ victory in anti-Brexit Chesham and Amersham six months ago could be interpreted as the Remainers’ revenge. North Shropshire can’t. The result was a verdict on Johnson, not Europe. If that view is shared by enough Conservative MPs, he could be in real trouble next year.

Number two: the really bad news for the Tories is that Labour’s vote crumbled

In the Blair landslide of 1997, tactical voting cost the Conservatives around 30 seats. This was a minor issue when Labour’s overall majority was 179; but next time it could matter a lot.

One reason why the Tories won an 80-seat majority two years ago is that there was little or no tactical voting. The contrast with 24 years ago is not hard to explain. Many Lib Dem supporters warmed to the idea of a Blair government, while many Labour supporters rather liked Paddy Ashdown. But Jeremy Corbyn? Jo Swinson?

Things have changed now Keir Starmer and Ed Davey lead their respective parties. That’s why the comparison that is alarming Conservative strategists today is not so much with North Shropshire two years ago, than that with Old Bexley and Sidcup two weeks ago.

Tactical voting is back. If it continues to the next general election, a repeat of the 1997 pattern might be on the cards in the key marginals.

Tactical voting is back

Here’s an example (not, please note, a prediction). Suppose the Tory lead halves at the next election to 6 percent. On a uniform swing, the Tories might lose 30 seats: 25 to Labour, five to the Lib Dems. The new parliament would have 335 Conservative MPs. 227 Labour, 16 Lib Dem. The Tories would have an overall majority of 20 – in practice nearer 30, if Sinn Féin MPs continue to boycott the green benches of the House of Commons.

Now add tactical voting to the mix. Suppose this works as it did in 1997 and costs the Tories another 30 seats, say 20 to Labour, ten to the Lib Dems. Now there would be 305 Conservative MPs. Against them would be 247 Labour, 26 Lib Dem and around 60 other anti-Tory MPs: SNP, Plaid Cymru, Green and SDLP and Alliance from Northern Ireland. The Conservatives would still be the largest party. But with 330-plus MPs ranged against them – a majority of MPs representing a majority of voters – the Tories would have no chance of remaining in office. A minority Labour government, governing with the acquiescence of the SNP and Lib Dems in particular, could take over.

That example draws on just one set of figures. But there is a range of outcomes in which the basic political truth holds good. Next time, tactical voting could decide who governs us.

That is the lesson from last night that should really terrify the Tories and cheer both Labour and the Lib Dems. Next time, unlike two years ago, Britain’s anti-Conservative majority might decide to exert itself in the seats that, unlike North Shropshire, will decide who governs Britain. 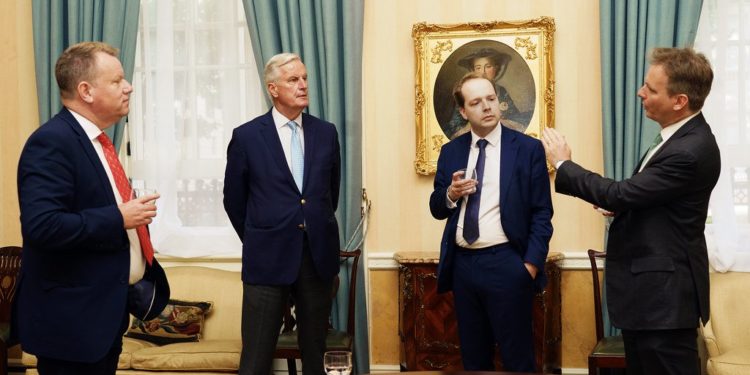 Number three: the Lib Dems will struggle to hold North Shropshire at the next general election.

In the sixties and seventies, the Liberals had a reasonable record at holding on to by-election gains. Of the six seats they captured from the Conservatives, they lost only two at the following general election. Since the eighties however, the Lib Dems and their predecessor parties have lost 11 out of 16 seats their by-election victor sought to defend.

One of the features of this year’s two Lib Dem gains has been the low turnout: 52 percent in Chesham and Amersham, 46 percent in North Shropshire. Past by-election gains have often seen high turnouts – often more than 70 percent, sometimes more than 80 percent. Never in the 93 years since the franchise was extended to all adults has such a gain taken place on a turnout of less than 50 percent.

There is a reason why turnouts in such seats have declined since the early nineties. Increasingly, Tory supporters have stayed at home in by-elections. They contributed significantly to the Lib Dem victory in North Shropshire. Some 18,000 more voters abstained than two years ago. It’s a fair bet that most of them voted Conservative last time and will do so next time. They chose abstention this time knowing there was no risk of turfing the Tories from office at Westminster.

The Conservatives have all sorts of reason to fret about losing a majority of 23,000 last night. But their concerns are national more than local. The prospects for recovery may prove to be brighter for North Shropshire’s Tories than for Boris Johnson.