Full marks to Hancock for deciding to try and tackle these problems for the future when the focus on day-to-day survival is dominating life so dramatically. And yet … there are a couple of tiny but rather important things to consider that haven’t been making the headlines 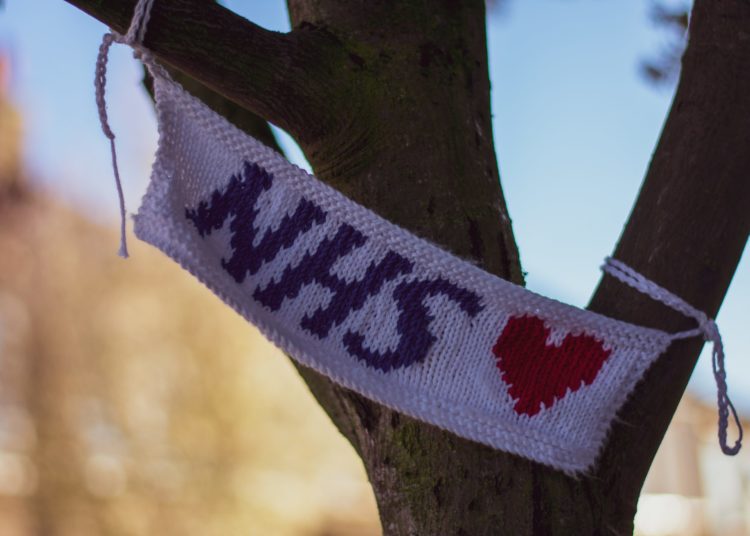 Photo by Tugce Gungormezler on Unsplash

Every now and then Matt Hancock says something that sounds very sensible. This week he put forward a White Paper on reform of the NHS that potentially contained some genuinely constructive ideas.

Few people could argue with the common sense involved in trying to get health systems and care systems working more closely together. Too many hospital beds are occupied by people who need and deserve care but don’t really require active health interventions. These could be better provided in a care home or even in their own home with appropriate support. Yet it has been incredibly difficult to obtain a care home place in many parts of the country, largely due to the massive cutbacks in lock authority funding. As a consequence, additional pressure has fallen on the NHS and on the families of those in need.

It is also hard to argue with the idea that ending compulsory tendering out of a wide range of NHS services is a seriously sensible move. There plenty of circumstances when the private sector does things better than the state. Health care is rarely one of them. It tends to result in the private sector cherry picking delivery of cheap or easy services.

Outsourcing cleaning contracts sounded like it would be easy. All too often it has ended up with teams of subcontracted workers doing rushed and shoddy work that has helped to spread dangerous infections. A central government requirement for managers in the NHS to go through clumsy tendering processes that add cost and bureaucracy was always doomed to fail. A daft idea from a Conservative government is being dumped as a failure by a Conservative government.

So full marks to Hancock for deciding to try and tackle these problems for the future when the focus on day-to-day survival is dominating life so dramatically.

There are a couple of tiny but rather important things to consider that haven’t been making the headlines.

The first and most important of those issues is money. Caring for an increasingly elderly population is very expensive. Particularly if you’ve just cut off access to an excellent source of highly skilled and thoroughly professional staff from the EU. Where is that money going to come from?

There is a serious risk that the government is hoping that the answer is to try and finance much of the care needs of an ageing population by raiding the NHS budget. If there is even the remotest risk of that, then it ought to send chills down the spine of anyone who believes in a quality publicly funded health service.

Many people in Yorkshire have already lost access to affordable dental care and are faced with such a shortage of NHS dentists prepared to do complex work that they are having to choose between watching their kids in agony and paying bills they simply can’t afford. That creeping destruction of the affordable, dependable, local public service didn’t happen overnight. It developed over decades, in which ministers constantly gave solemn assurances and introduced White Papers that sounded fine. Whilst the service went into near terminal decline.

Much the same has happened with GPs. In many parts of the country, we no longer have services that are run by a couple of local doctors who own their own practice and know their community inside out. What we have are remote corporate bodies that are owned by opaque financial structures, and GPs who work for employers who tell them how long each appointment must last. That is why many GPs working flat out in surgeries in Yorkshire frequently don’t have the time to know everything in a patient’s notes and aren’t comfortable with a patient raising a second, often more serious, health condition when their appointment was for something more minor. Some GPs are working on schedules that feel like they have more to do with time and motion studies than patient care.

Unless adequate resources are made available to the NHS, there is a serious risk that the quality of service will continue to decline. The financial pressure of trying to fund integrated health and care without proper funding will result in patients finding more and more things that they took for granted gradually becoming unavailable without long waits or the ability to pay. The costs of care are currently crippling many local authority budgets. It is vital that they aren’t allowed to sink the NHS as well.

There will never be a day when the NHS is abolished by a Conservative government. There will always be strong assurances that the NHS is safe in their hands. The risk is that it will be gradually undermined to such an extent that it becomes a rump service. At the moment, the everyday lived experience of those who use the service remains incredibly positive for most people. But few would deny that it has gradually got harder and harder to access those services and there are real risks of a further erosion.

Then there is the issue of the damage that re-organisations of services almost always do. What is announced is always a brave new future. What almost always results is staff focusing on internal changes and spending huge amounts of energy applying for jobs with new titles, when they could have been concentrating on improving patient care. The health service has been subject to so many top-down decisions about how it should be structured that the last thing it needs is another wholesale re-organisation. David Cameron promised that he would put an end to top down re-organisations. As soon as he was elected, he proceeded to launch the biggest one ever. Yet another set of bureaucratic changes is not what is needed. Particularly as utterly exhausted staff emerge from the pandemic.

Yet the White Paper says:

“The government will publish in due course an update on proposals for the future design of the public health system, which will create strong foundations for the whole system to function at its best” (paragraph 118)

In other words, this government intends to do a major re-organisation as soon as the pandemic eases off. That is not exactly the reward that those on the frontline of delivering the service might have reasonably expected.

One of the few positives to emerge from these horrible long months of lockdown has been the renewed respect amongst the whole nation for the NHS. Very few people want to move to a US-style system where the poor can get access to a few basics and the middle class are worried sick about insurance costs and about their personal levels of cover, whilst the very wealthy enjoy excellent facilities. What will determine whether Britain ends up with a similar system will not be the fine words of ministers. It will be the amount of money they deploy and the wisdom with which they focus energies.

Readers will be able to form their own views about whether those are things that are likely to be in strong supply from the UK government. Or whether Matt Hancock is likely to measure up.