As there were no local elections in 2020, two-thirds of district councillors face election in May. This opportunity for a protest vote and, perhaps, even shift the balance of power is unprecedented and unlikely to be repeated. Voter apathy may therefore be the Conservatives’ best electoral weapon. 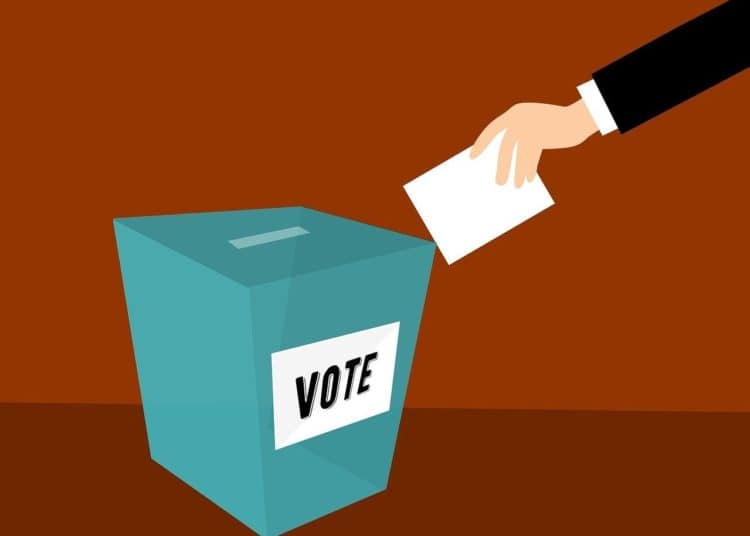 Image by mohamed Hassan on Pixabay

Local elections will go ahead on 6 May, but the new rules issued by the government will favour larger well-funded parties and will disadvantage smaller parties and independent candidates. Specifically, “leafleting and door-knocking by party activists is not permissible”. The government instructions limit campaigning activities to “online campaigning, campaigning by telephone, and delivery of leaflets by post or other commercial delivery services (who are already operating, without causing additional circulation of campaigners)”.

The plans published on 5 February include an additional £31m to make voting venues ‘covid-secure’ and election expenses limits will be raised to allow for increased postal and virtual campaign activity. The new measures apply to all polls in England. The Welsh and Scottish governments are making their own arrangements.

The government states that, in preparing for these elections and prior to the provision of guidance on canvassing, it will take account of the views of the parliamentary parties panel, a panel of representatives from parties with two or more sitting MPs. It currently comprises the Conservative and Unionist Party, the Labour Party, the Scottish National Party, the Liberal Democrats, the Democratic Unionist Party and Plaid Cymru.

The Green Party and other smaller parties are not represented on this panel although these and independent candidates are much more likely to stand in local elections and often perform well. It’s also worth noting that if the UK had operated a fair voting system at the last general election – where the number of MPs reflected the share of votes cast – the Green Party would currently have 12 MPs.

According to published minutes, the parliamentary parties panel has not met since February 2020.

Local elections can act as a proxy for national voting intentions or may provide a sharp rebuke to an incumbent government by voters. Often local issues – such as a proposal to close a hospital or a school or build a new bypass or incinerator – will result in a small ‘pop up’ party candidate being elected. Independents, who have done much for their communities, locally, also tend to do well in council elections.

Apathy features strongly in local elections and turnouts are often lower than for a general election. The Electoral Reform Society (ERS) report on political disengagement stressed the importance of voters knowing about candidates and their policies if citizen participation is to be increased. Voters and the ERS were critical of sloganeering leaflets; voters wanted information “to know what the elections are about, what the key issues and arguments are, and who is standing and why”. The report also noted that the decline in the number of party ‘foot soldiers’ undertaking leafletting contributed to electoral apathy.

This year there will be elections for 118 English councils, the London Assembly, seven English regional mayors, and police and crime commissioners in England and Wales. The 2021 elections will also include 24 county councils and six unitary county councils. Usually, one-third of district council wards are up for election each year, but as there were no local elections in 2020, two-thirds of district councillors face election this May.

This opportunity for a protest vote and, perhaps, even shift the balance of power is unprecedented and unlikely to be repeated. Voter apathy may therefore be the Conservatives best electoral weapon.

Many potential electors will no doubt like to mark this government’s report card as ‘unsatisfactory’, irrespective of their longer-term voting intentions. This may include European citizens who can vote in local elections; young people impacted by last year’s exam and university return fiasco, who now have a vote for the first time; care home residents and their families; overworked and under-protected health and care workers; those denied covid financial support and voters in the, ever-increasing, number of local authorities facing bankruptcy.

The importance and strength of localism have been well demonstrated through the vaccination programme and locally managed test and trace. During the pandemic, we have also seen the extent to which children’s education, workplace safety and protection from homelessness are all dependent on good quality local services. The need to strengthen local government has never been more evident. Many voters will want to elect councillors who represent these values and who will campaign for better services, provided locally and close to need.

By increasing the amount candidates are allowed to spend on election expenses, the government is ensuring that better-funded parties have an advantage. This year, candidates can spend up to £806 per candidate and 7p per elector (£400 will buy about 6,000 leaflets).

The Conservative Party will benefit most. Not only is its supporter base much wealthier than that of other parties, but it has a long history of paying people to undertake the work that Conservative Party members are reluctant to do themselves, such as leafleting and canvassing. It may also advantage the Labour Party, which expects to benefit from current antipathy towards the Conservatives and has more money than smaller parties that might provide a challenge.

If it’s essential that elections go ahead in May, then it must also be essential that voters are informed about all the parties or individuals standing, and are not solely dependent on information that only well-resourced parties can afford to distribute.

There is no evidence that door-to-door leafletting by party activists will be any more risky than that undertaken by delivery companies. Excluding this from allowable activities simply restricts the role the smaller parties can play in the democratic process. It narrows the focus of public opinion, giving a platform to only a small subset of views and fundamentally undermining our democracy.