Childcare for working families is one of those perennial problematic societal issues, such as youth unemployment and domestic violence, which has not been created by covid but simply exacerbated by it, as it relentlessly picks at existing fault lines in our society. 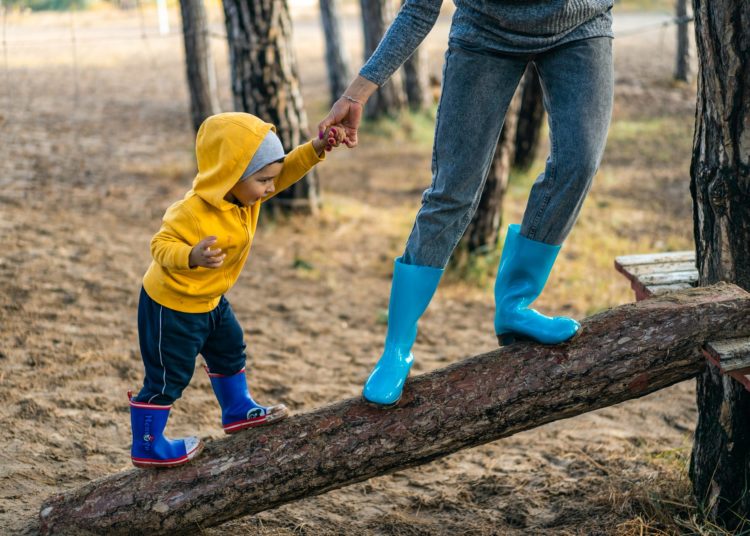 Photo by VisionPic .net on Pexels.com

Childcare for working families is one of those perennial problematic societal issues, such as youth unemployment and domestic violence, which has not been created by covid but simply exacerbated by it, as it relentlessly picks at existing fault lines in our society.

Antonia Bance, head of communications at the TUC, recently picked up the baton on Twitter to make the case for boosting childcare in the shadow of covid.

For childcare, problems first arose in earnest around the time of the industrial revolution. Huge changes in the nature of employment opportunities available at this time created a vacuum of care for small children in many localities, as it became the norm to incarcerate the majority of adult workers in factories, mills, mines and offices during the working day.

What we know of the more distant history of childcare indicates that prior to the development of agriculture, children were cared for by their mothers and grandmothers, who also engaged in gathering fruits and vegetables around a small district, while the men of the group were hunting or fishing. When societies turned to more sophisticated farming, the infant dependency within the family continued, again principally in the care of women whose daily round remained close to the home.

As the industrial revolution unfolded it was common for working class families to designate one woman (sometimes, but not always, a grandmother) to be the carer for the young children in the extended family, for which she received a small sum from each mother’s wage. As free-at-source schooling began to expand in the latter half of the nineteenth century – funded by churches, charities and increasingly by the state – children started school between the ages of three and five. In the early years of state education, working class children were expected to leave school and start work at ten.

Then, as the leaving age for state education rose over the first half of the twentieth century, working class families would typically expect older children to return home from school alone and wait for parents to return from work, sometimes taking on responsibility for younger siblings. The term ‘latch-key kids’ began to be applied to such children during the 1960s. Until the advent of the Labour government in 1997 there was no nationally organised plan for childcare for children of any age. They were assumed to be the responsibility of their families, most generally ‘housewife’ mothers or grandmothers, or if families were wealthy enough, nannies, childminders or private day care.

However, since the advent of ‘third way’ politics, espoused by the Blair/Brown government in the UK and the Clinton government in the US, both societies have moved to a cultural norm of both parents in full-time employment. In the UK, the Labour government of 1997–2010 responded to this situation by the instigation of the Child Care Act 2006, which proposed that families should be provided with affordable high-quality childcare and services for children under five in every neighbourhood, underpinned by the creation of a state-sponsored national network of children’s ‘Sure Start’ centres to oversee such provision.

However, the current government has, over the past decade, redesignated Sure Start into a ‘programme targeted at the most deprived areas’. Over 1,000 children’s centres closed down under austerity measures, a 62 percent cut in funding was imposed on those that were left, and recent problems with government mechanisms for supporting affordable day care has resulted in a significant number of closures among private day-care providers.

Bance claims that the situation post-covid has resulted in the loss of over a quarter of nursery and childminder places that existed before lockdown, and nearly half of the help previously forthcoming from family and friends. The latter may be just temporary, due to the large number of grandparents who were routinely providing care for children and can no longer do so due to the need for over 60s to socially distance until infection numbers are lower, or a vaccine is available.

Many breakfast and after school clubs have also not yet re-opened, due to fears of cross-infection, as children mix across the ‘bubbles’ that they are placed in during school hours. Bance reports that between a quarter and a third of families are struggling with wraparound and school holiday care due to this missing service. The TUC has found that where families cannot access the childcare that they used to rely on, mothers have filled in for the vast majority of the hours, often sustaining a negative impact on their salary and future career prospects.

While issues have been exacerbated by the pandemic, the UK’s childcare gap has never been fully filled. Even in the days of New Labour, there were concerns about the political and financial sustainability of Sure Start. For such issues to be properly addressed, we need to have a government that fully understands that a system offering high-quality childcare cannot be self-sustaining as a fully private enterprise. It cannot run on a cost per child that is substantially less than the average wage, as this means parents very quickly become caught in the trap of using the bulk of one parent’s wage to pay for childcare, which defeats the object of two parent working families.

Other European nations have developed their own compromises with this situation. For example, the Netherlands principally relies on parents, kin and neighbourhood in a culture where better social welfare provision is made for families than is the case in the UK, and part-time working is commonplace. Scandinavian nations dedicate a significant proportion of their gross domestic product to the provision of high-quality day care, charging parents a fixed percentage of their income, so families who earn less, pay less.

It is unreasonable for young people to grow up in a society as I did, that presumes women’s career trajectories will inevitably be limited by motherhood. It is also just as unreasonable for them to grow up in a society that communicates to girls that they can ‘have it all’, as those currently in their thirties and early forties did, and leave it to them to find out that the reality is far more complicated. The fallout from the pandemic has complicated this situation even further.

With infant attachment issues in mind, my own preference (as both a chartered psychologist and a grandparent), would be for a taxation threshold and rebate system to facilitate the shared care of young infants between parents – mothers and fathers – and extended family members or other regular home-based childminders. There should also be a culture of employment that supports parents on a gradual trajectory back into the world of paid work as their children grow older; one that doesn’t construct full-time parenting as some type of detriment to the economy or to the individual in terms of ‘unemployment’ or ‘time off’.

As the covid crisis eventually wanes, we must literally pay our money and take our choice. A modern, research-informed society cannot construct children as inconvenient parcels to park as cheaply as possible whilst their parents serve the economy. They must be viewed as precious assets for the future economy and represented as such in our national strategies.

Rescuing the economy – the Keynesian way

Rescuing the economy - the Keynesian way