Today, bus drivers at Go North West in Manchester go on strike in protest at the ‘fire and re-hire’ policy that has seen them forced to accept new contracts with worse conditions. How did we get from transport workers being heroes to villains, in ten short months? 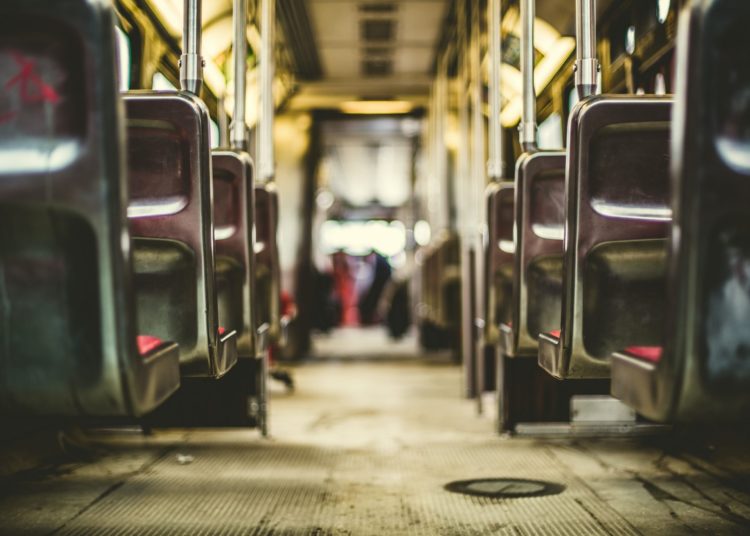 Photo by Matthew Henry on Unsplash

Since the Covid-19 pandemic first hit Britain, workers in essential services – health, transport, logistics, retail – have all been praised for the job they do.

Last April, the Duke of Edinburgh thanked “all key workers who ensure the infrastructure of our life continues”. In December, Prince William recognised what transport workers had achieved by writing “Thank you to all transport workers everywhere for keeping the country moving throughout this difficult year” on a train information board before a trip to Scotland.

Today, bus drivers at Go North West in Manchester go on strike in protest at the ‘fire and re-hire’ policy that has seen them forced to accept new contracts with worse conditions. How did we get from transport workers being heroes to villains, in ten short months?

Dismissal and re-engagement, where an employer ends an existing contract by serving notice on it and simultaneously offering replacement contract terms, is intended to be a course of last resort. Normally, changes to conditions of employment would be agreed between union and employer through a negotiated settlement, as Lawrence Chapple-Gill explains. “An employer won’t get everything they wanted; a union might have to make certain concessions, and give up certain things. That’s why it’s called negotiation – both parties have got something from the process.”

Chapple-Gill is regional coordinating officer for the north-west region of Unite, whose 500 members at Go North West are now on strike. He’s been closely involved in what he describes as “a significant and substantial period of talks” since August of last year, when the company proposed a new contract of employment, a revision to scheduling arrangements, sickness arrangements and more.

When Unite agreed to talk about some issues, and sign up to discussion about other elements in the future, Go North West responded by activating Section 188, setting the dismissal and re-engagement process in motion. It gave 45 days of consultation to reach agreement on issues, after which drivers would get served their notice and be offered re-engagement from the next day on a new contract.

Through applying their own pressure, as well as political pressure, the union was able to force the company to halt that dismissal and re-engagement process, and enter negotiations. Chapple-Gill says, “In the run-up to Xmas, we’d made progress. We’d offered up proposals which amounted to £1 million of savings. They’d told us they were looking for £1.8 million – all from the drivers, by the way. We also offered another £200k via our indication we’d take a pay freeze, as other places have done. So we’d put forward around £1.2 million of savings.” Company management described the last meeting before Xmas as the best they’d ever had, and union expectation was that when negotiations resumed in the new year, “we could reach an agreement, get it over the line”.

In January this year however, Go North West withdrew from negotiations, and went direct to employees on an individual basis, dropping all the concessions agreed over the preceding months. Chapple-Gill believes that with unemployment rising and the economy faltering, some companies have decided to take advantage. “They’re using the current climate. What it amounts to is holding someone at industrial gunpoint: this is what we want you to sign up to, and if you don’t, you’re out of a job.”

Go North West are not alone in going down this route. British Gas are currently in dispute with their engineers over the same ‘fire and re-hire’ policy, while British Airways’ attempt to push it through came to nothing when – earlier this year – they were forced to back down.

There’s a suspicion that, in Go North West’s case, the company also has an eye on the franchise system being proposed for bus services in Manchester, and wants to make themselves as lean as possible. The union sees this as a race to the bottom, counting on people putting up with worse working conditions and worse sick pay, because it’s better than no job at all.

Behind all this lies the human cost of these changes. Bus drivers have had one of the highest risks of contracting covid over the course of the pandemic, and now they’re being asked to accept worse conditions. As one driver put it: “It means I’ll be spending a longer time at work unpaid. Rosters, and rotas, and shift patterns in this industry, people build their lives round them. You build your childcare round them, your responsibilities for caring for people at home. They’ve taken that all away from us, and said we’re re-writing the whole thing and you’ll get what you’re given.”

Chapple-Gill would rather be negotiating, but tells me: “The strike ballot was 82 percent majority in favour of taking action. Going on strike is always a last resort when you can do nothing else. No one wants to do it. These drivers will get some strike pay from the union, but they know they don’t get paid while they’re on strike. Yet they go on strike on Sunday, indefinitely.”

Over the spring and summer of last year, there was much talk of a new normal, where the role of essential workers would be recognised. This tied in with the promise of a government – propelled to victory by Red Wall seats – that it would ‘level up’. Is the reality instead a race to the bottom and a squeeze on working conditions, aimed at those who can least afford it? As one of the Go North West drivers puts it: “What is the impact of this on people? We know what the impact is on the company bank balance, but what about people?”