It will be a turbulent time for Starmer this summer – the polls close in Batley and Spen at 10pm tonight and the Unite result will be declared on 26 August. 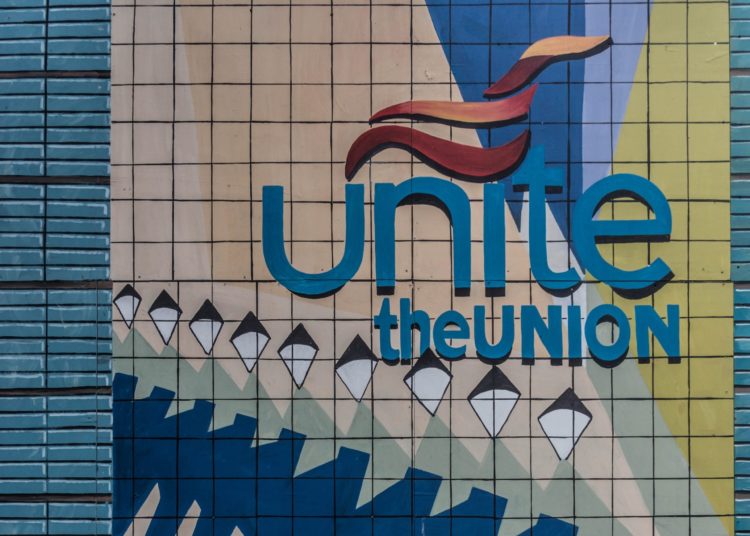 “TRANSPORT HOUSE [UNITE THE UNION] by infomatique is licensed under CC BY-SA 2.0

All eyes may be on Batley and Spen today, but the retirement of Len McCluskey, leader of Unite the Union, means that there is another election that Labour leader Keir Starmer could well do without.

The power and control of Unite the Union

According to Politico, Unite is Labour’s biggest single financial backer. The union has not been afraid to call the shots in this sometimes uneasy relationship with the party.

McCluskey was a vocal supporter of Jeremy Corbyn and has subsequently been an ardent critic of Starmer’s, to the point where he decided to axe a £1m of funding to the Labour Party last year on the basis he did not like the direction the new Labour leader was taking the party.

McCluskey’s financial support to Corbyn during the leadership campaign was well documented, as was the association between Corbyn’s key staff (Seamus Milne, Karie Murphy and Jennie Formby) and McCluskey. It gave the union boss unprecedented powers and access to all parts of the Labour Party machinery.

But the union has long wielded its influence in other ways. It has three members on the party’s national executive committee and a 12.5 percent voting block at party conference. Of most importance perhaps, has been the huge political fund that the union puts aside specifically to fight elections – some £15m according to Prospect.

This fund has in the past supported candidates in key seats, helped with election material, organised phone banks and all the other graft and outlays necessary to get your candidate over the line. Unite has also spent time and money getting their candidates selected – though this is the case for all unions to some extent.

This election contest though is lining up to be as interesting as the by-election in West Yorkshire. Initially there were four candidates on the ballot paper when the nomination period closed on 7 June. Three of these are on the left – Howard Becket, Sharon Graham and Steve Turner – with Gerard Coyne seen as the centrist or self-styled ‘mainstream’ candidate, who would be more favourable to Starmer.

However, in a last minute deal Becket, who was in third place on the number of nominations from branches, withdrew and threw his support behind Turner. This was seen as a necessary move, as it was widely recognised that a split left vote would pave the way for moderate Coyne to win.

But victory for the left is far from a foregone conclusion.

Nowhere was this more notable than in the last elections in 2017, when Coyne only narrowly lost to McCluskey in the last leadership contest. According to Sienna Rodgers in the Guardian, “McCluskey had 1,185 branches (versus 187 for Gerard Coyne) but only narrowly won with 45.5% of the final vote (versus 41.3% for Coyne)”.

The left are also aware of what happened in the other big unions recently. Unison, Britain’s largest union, recently elected moderate Christina McAnea after the votes for left leaning candidates were split three ways. GMB, Britain’s third largest union, voted in Gary Smith as their general secretary earlier this month. According to the BBC, “Keir Starmer has welcomed his election – and politically the two men are unlikely to be on a collision course”.

So far so good for the more centrist Starmer, but the leadership outcome at Unite could be a game changer – not just because of their financial heft but because they have 1.4 million members and they can mobilise.

It will be interesting to see how these crucial election results affect Starmer. A loss in Batley and Spen will undoubtedly lead to greater calls for his head from some – not least of all those who still think Corbyn should be in charge. Add to this a double whammy of Unison – the biggest funders of the party – becoming openly critical of the leadership and it could well be game over for Sir Keir.

Coyne is “campaigning against what he sees as members’ money being wasted on pursuing Labour’s faction-fighting”. Read into that what you will, but he clearly sees the role of the union in supporting members, skills and training.

Battle on the left of Labour

The other two candidates are less sympathetic to Starmer. Although Beckett’s thrown his support behind Turner, it’s likely that there will still be antipathy to the current state of the party, given Beckett’s recent suspension following his tweets about Priti Patel.

More than anything Starmer needs a new battle on the left of his party like a hole in his head.

In fact, a loss in Batley and a win for the left in Unite is, as night follows day, going to open up the clamour for a new leader and one that is from the left of the party. Either way it will be a turbulent time for Starmer this summer – the polls close in Batley and Spen at 10pm tonight and the Unite result will be declared on 26 August.

It’s not just Starmer though. More than anything the Labour Party needs a win under its belt to reset its course. It needs to come out the blocks fighting and hungry and be the opposition this country so desperately needs. But it also needs a period of stability to consolidate and it needs money – lots of it.

The Unite election may yet be the thing that changes the destiny of the party in a way that a by-election – however the media frame it – cannot.