Following recent criticisms of Home Office refugee policies,, a number of people have written to their MPs expressing concerns. 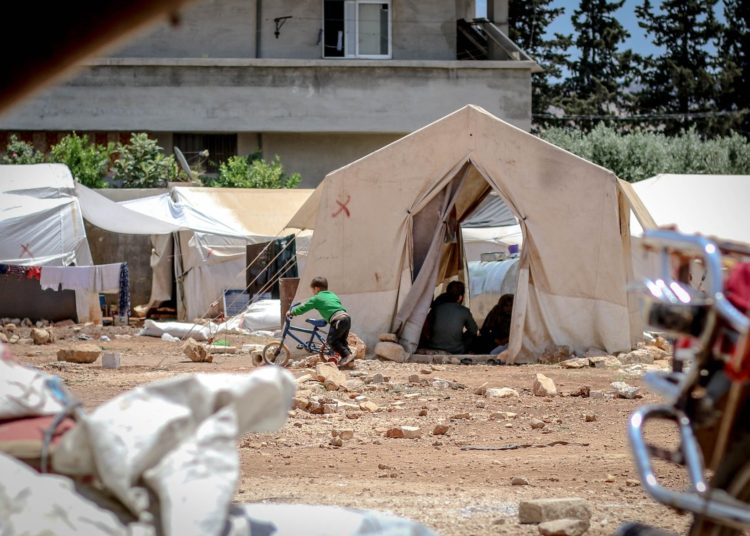 Image by Ahmad akacha for Pexels

Following recent criticisms of Home Office refugee policies, particularly in respect of the small boat crossings of the Channel and the death of a Kurdish-Iranian family, a number of people have written to their MPs expressing concern. Some replies have already been received. The answers are broadly similar and conform to Home Office ‘lines to take’, pre-prepared for MPs.

While the Home Office information is factually correct in most respects, it gives an entirely false and misleading account of the government’s support for refugees and asylum seekers.

These letters to constituents state:

“The UK continues to be one of the world’s leading refugee resettlement states. As a country, we resettle more refugees than any other in Europe and are in the top five countries worldwide. Since 2015, the Government has resettled more than 25,000 vulnerable refugees in need of protection through our refugee resettlement schemes, with around half being children.”

The letters add: “In the year ending March 2020, over 7,400 refugee family reunion visas were issued to partners and children of those previously granted asylum or humanitarian protection in the UK. This is 37 per cent more than in the previous year.”

These statements are not lies. Neither are they a truthful representation of the facts. They are misleading, and, it would appear, intentionally so. The government uses the term ‘resettle’ to mean those who have gained asylum through designated UN or EU ‘re-settlement schemes’ (Refugee Family Scheme, Syrian Vulnerable Persons Resettlement Scheme, Children at Risk Resettlement Scheme). In this sense, the UK has indeed ‘resettled’ more than any other country in Europe.

But that doesn’t mean we’ve taken in more refugees or that more refugees live here. The government is deliberately creating the impression that it has ‘resettled’, as a non-expert would understand the term, more refugees than many EU or other countries. In other words, that within the EU we have the highest number of refugees now living here. This impression is sufficiently misleading as to be duplicitous.

According to the United Nations (UN) there are about 79.5 million ‘displaced’ people globally: people who have had to flee their homes through fear or have been driven from them. Most displaced people (95 percent) are stranded close to their country’s borders and have not applied for asylum in another country, or are prohibited from or unable to do so. While some are able to return to their homes as wars or conflict come to an end, many are living in refugee camps for years, decades even, forever hoping for a solution to their predicament. In 2019, there were 26 million people registered as seeking refuge in a country other than their own. Of those who seek refuge in another country the rate of ‘re-settlement’ (a permanent right to live in another country) is about 1 percent.

In addition to the 5,612 refugees resettled under various resettlement schemes, the UK government gave either permanent or temporary protection to a further 14,727 asylum seekers in 2019, bringing the total number of those given some form of refuge protection in the UK in 2019 to 20,339. This amounts to 0.08 percent of the world’s 26 million people seeking refuge and 0.4 percent of those who are resettled by the UN or other humanitarian bodies in another country.

Other European countries also participate in UN resettlement schemes but the numbers are very small and, in many cases, smaller than the UK. This is primarily because of the pressing need to provide for those asylum seekers already within Europe’s borders. As an island country with almost no safe routes offered through the European mainland to the UK, the number of refugees that can enter the UK is very small in comparison with other EU countries.

Germany alone hosted 1.1 million refugees in 2019. Not all of them remained in Germany, were given asylum or permanently settled there, but the country accommodated them over the course of the year. Across the EU 295,800 people were granted asylum in 2019. The UK’s granting of protection (not all of whom were granted permanent settlement) to 20,339 people in 2019 amounts to just under 7 percent of those refugees granted asylum across the whole of Europe.

So, the number refugees or asylum seekers that the UK has accommodated over the past five years is tiny in comparison with the millions of refugees that have been accommodated on mainland Europe.

Not only has the UK been unwilling to open its door to refugees arriving in Europe but it has limited the number of refugees it will accept under family reunion or other schemes. At the end of October it ceased to take responsibility (under the EU Dublin III regulations) for assessing claims of children in another EU country who wish to join family members already residing in the UK. In recent months it has as started to send back to the first country of entry into the EU those who do manage to cross the Channel, whereas in previous years it was more inclined to hear their applications for asylum and send back only the most egregious examples of ‘country hopping’.

The MPs’ letters to constituents go on to say:

“In 2016 Parliament agreed to relocate 480 unaccompanied children from Europe to the UK. In May this year, the Government announced that 478 children from Greece, Italy and France had been transferred to the UK under the scheme. The final two transfers were suspended due to the travel restrictions in place due to the Coronavirus pandemic. The UK has now completed the final two transfers”.

This paragraph is untrue. In 2016, the ‘Dubs amendment’ was incorporated into the Immigration Act 2016 (section 67). It was introduced following a campaign by Lord Dubs and it committed the government to accept unaccompanied asylum-seeking children (UASC) from Europe. An attempt to specify 3,000 child refugees from Europe in the bill as it went through parliament was successfully rejected by the government, but the government only secured the support of parliament and campaigners after assuring them in meetings that they intended to accept “several thousand”.

It was not until many months later, in February 2017, that the government announced that it intended to accept only 350 children. The figure was increased to 478 on 26 April 2017, and then only when under scrutiny through the courts. Moreover, in the course of the preparatory legal ground work, it became apparent that the government did not intend that these children should be in addition to those already entitled to have their cases heard in the UK under the Dublin III family reunification arrangements.

The government resettlement schemes to which the MPs’ letters refer have now come to an end, either because we have left the EU or the commitment was for only five years (there will be further schemes in 2021 but the details are not yet known). Coronavirus has severely limited the number of asylum applicants in the UK this year and although the convoys of small boats have received considerable publicity, the numbers are comparatively small, about 7,000 so far, and many of them have already been returned to Europe. Overall, it looks as though the UK’s contribution to providing asylum for the world’s most vulnerable people will be even smaller this year, perhaps returning to levels not seen since 2013.  This is not the generous country the MPs’ letter suggests we are.

The Home Office has recently being taken to task for conflating violent criminals and refugees arriving to the UK in small boats in a tweet (since deleted). It also misled the public about the causes of late legal challenges in ‘return to EU country of entry’ cases. These recent MPs letters to constituents add to the evidence of a deliberate policy of misinformation on the part of the Home Office about refugees and asylum seekers.

If you have any MP’s letters on this or any other topic you are concerned about, please send copies to Yorkshire Bylines and we will look at them further.