Politics has been done to the people of the UK, rather than being something they’ve been able to do, and by the date of the Brexit referendum, the desire to seize control was overwhelming. 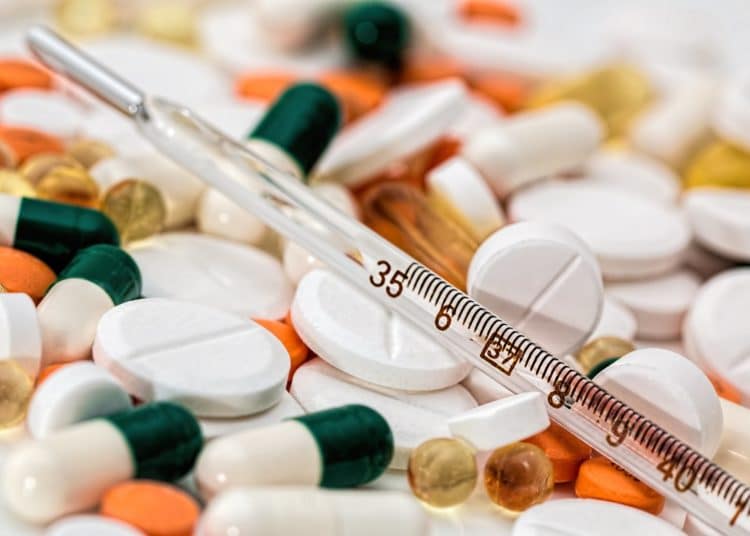 In 2016, many people voted for Brexit in the hope of “taking back control” of their lives. It was an impulse I understood and continue to understand. Politics has been done to the people of the UK, rather than being something they’ve been able to do, and by the date of the Brexit referendum, the desire to seize control was overwhelming.

Yet in the apparently technical pages of the medicines and medical devices bill, having its second reading (general discussion) in the House of Lords today (Wednesday), is an important signal that this government is determined to seize control – to strip off even the limited existing democratic controls in the UK, and in the best Trumpian style, declare that the rules will be whatever they want them to be.

Warning of this threat comes out loud and clear in the carefully dry report of the delegated powers and regulatory reform committee. It notes that in the bill ministers are “given very wide powers to almost completely re-write the existing regulatory regimes for human and veterinary medicines and medical devices”.

The report doesn’t use the word “disingenuous”, but it makes it clear that’s what it thinks of the government’s claim that this is a like-for-like replacement of existing powers. For as it says, what exists now is “a mechanism for transposing into UK law EU rules on medicines and medical devices that the UK is required to follow. The new powers are subject to no such constraint.”

Coincidentally, I spent yesterday morning at a webinar on EU chemical regulation organised by Green MEPs and attended by the relevant EU commissioner. What a contrast in approach to the UK. The debate is detailed and the process is slow and considered, involving the European Commission, European Parliament and national governments. The same process has been applied to medicines and medical devices.

Industry was represented at the European webinar – and of course, there’s long been concern about the impact of lobbying on EU regulation – but there is at least a process, that’s subjected to broad and wide scrutiny. That’s what ministers were implementing in the UK when it was an EU member.

Of course, it is often claimed these EU processes are too slow and too considered – but when we are talking about crucial matters of human health, I know which I prefer. And still, as the Cumberlege Report highlighted so clearly, even this regulation system has at times been inadequate.

In the UK, we’re now heading to something much more, in the terms of the committee, “skeletal”.

Consider what UK regulation might look like if the bill goes through as is, as it most likely will. We will have a minister who’ll be bombarded by the well-funded industry lobbyists about what the new rules should be. And experience tells us there is a strong likelihood that this minister will in a few years have a very well-funded board or advisory position with that company – as will his or her senior civil servants.

A pharmaceutical company or a device manufacturer has not taken the Hippocratic Oath (although it’s been suggested that perhaps they should do something like that). As a former editor of the New England Journal of Medicine suggested, an appropriate metaphor for the pharmaceutical industry is an “800-pound gorilla”. And what does that do? “Whatever it likes.”

The practical reality of leaving control of regulation of medicines and medical devices in the hands of a single minister means handing it over to that gorilla.

The UK government is far more open to the impact of lobbying and the impact of big money than most European states. A hugely telling paper from the University of Sussex science policy research unit looked at the comparative nuclear power policies of the US and Germany. It concluded that weaker democracy and the power of lobbyists were key in explaining our continuing, economically and practically nonsensical new nuclear policy. Just imagine what the pharmaceutical companies might be able to do with Matt Hancock.

And on the medical side, we’ve already seen drug companies flexing their muscle, in a notable case of using a patient representative group as cover for a massive lobbying effort that over-turned a NICE (National Institute of Health and Care Excellence) decision. And these lobbying groups are already lining up for a post-Brexit bonanza with pricing.

I’m most often talking about the disastrous model of US healthcare in context of the rush to privatise our NHS, but a significant contributor to its disastrous, expensive outcomes is also the power and impact of the pharmaceutical companies. In the US, drug companies are allowed to advertise directly to consumers. They have huge influence on politics as massively profitable companies in a system where such companies get the politics they pay for.

It’s often forgotten now that up until around 1990, the US was the leader in environmental and health regulation, with Europe generally the laggard. What changed? Well one thing was the rise, and rise, and rise of Big Money in US politics. Our situation is all too similar.

This bill is not “take back control”. This is “abandon control” – and when you’re talking about medicines and medical devices, from the industry that gave us thalidomide, the US opioid epidemic, Primodos and pelvic mesh – that’s a particularly frightening development.