Companies are using the 'fire and rehire' policy to force poorer working conditions in a cost-cutting exercise. 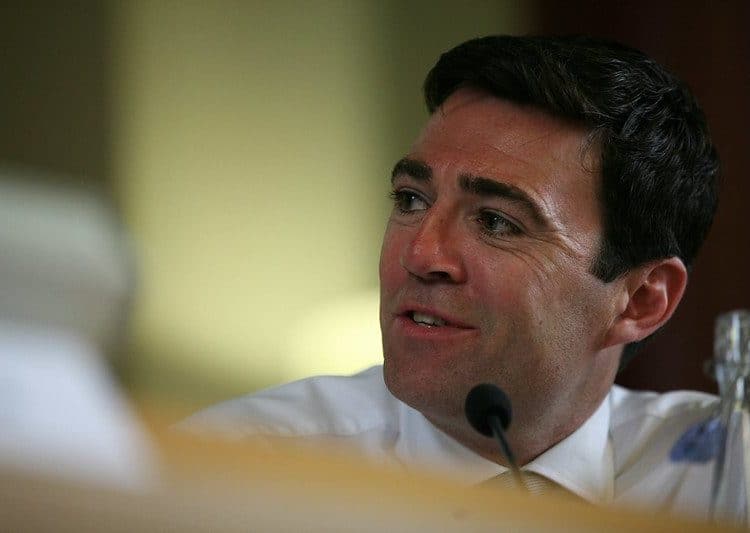 "Andy Burnham" by The BMA is licensed under CC BY-NC 2.0

Last Wednesday, Greater Manchester Mayor Andy Burnham visited the picket line outside Go North West’s Cheetham Hill bus depot, where over 400 drivers have been out on strike since 28 February in protest at the company’s fire and rehire policy, and said “I do not believe these drivers have been treated fairly.”

It would be hard to disagree.

Drivers forced to work overtime with no pay

Early this year, the company withdrew from negotiations with Unite the Union, and instead chose to push through plans that will force its drivers to work an additional 130 hours per year for no extra pay. They also tore up the existing sick pay policy, meaning workers with over five years’ service would face a 67 percent cut in sick pay should they need it.

The cost to each driver of working the extra hours alone is £2,500. To put this in context, in its most recent accounts, the Go Ahead Group returned profits of £1bn (and substantial dividends to its shareholders) –enough to cover the cost of these unpaid hours for each of the four hundred drivers for the next 1,000 years.

Burnham’s words of support are a significant development, and come at a crucial time. Earlier this week, British Gas followed through on its threat to sack engineers who hadn’t signed up to a new contract with worse working conditions.

It appears that the assessment of companies like British Gas and Go Ahead Group is that, with a government more interested in being seen to safeguard statues than it is in looking after the pay and conditions of those it heralded – just 12 months ago – as key workers, they have an unprecedented opportunity to force their employees to accept whatever terms they offer.

In response, Unite has called on Andy Burnham and London Mayor Sadiq Khan to back supportive words for strikers with a declaration, “which prevents employers who use fire and rehire from bidding for future contracts in the great cities of London and Manchester.”

Whether regional mayors will bring Go Ahead’s use of this tactic to a halt by blocking them from applying for lucrative transport contracts remains to be seen.

Do so, and they may find they have the opportunity to change the balance of power in this dispute, force the company back to the negotiating table, and have a real impact on the working conditions of over 400 drivers.

They may also influence what happens elsewhere in other workplaces, and help prevent a race-to-the-bottom cascade of cost-cutting as contracts are ripped up. As Sharon Graham, Unite executive officer, puts it:

“Workers need more than words of sympathy. While the Conservative Government drags its heels the Labour Mayors of Manchester and London can lead the way by using their powers to outlaw fire and rehire on their watch.”

There’s a belief that Go North West management took the decision to pursue this course of action to cut costs in advance of bidding for contracts for bus routes in Manchester. If that’s the case, the prospect of Burnham freezing them out of that bidding process may be causing sleepless nights among the company’s management. They, like us, must wait to see what he’ll do.

A very great deal is at stake.