The standoff raises the wider question of what devolution is for if you cannot have a degree of local autonomy. 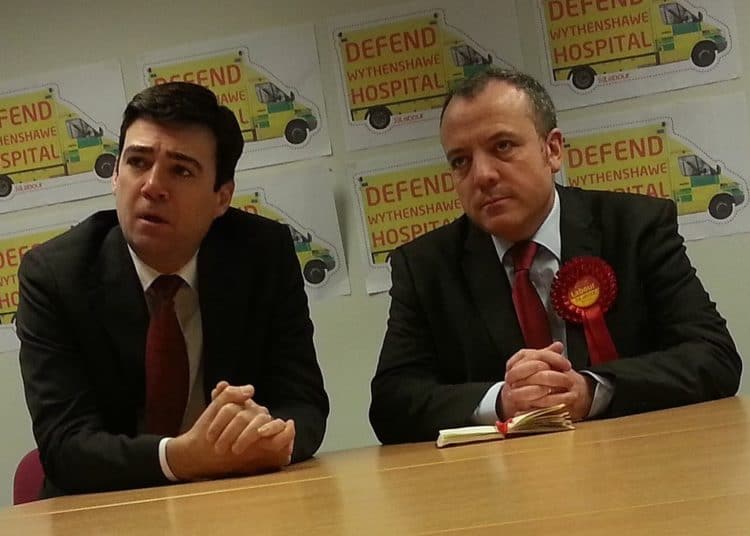 It used to be a Mexican standoff but now its nearer to home – in Manchester.

Leaders in Greater Manchester, including Mayor Andy Burnham, have rejected a move to England’s tier 3 alert level (very high). At the heart of their resistance are demands for better financial support from central government. And as ever, it raises the wider question of what devolution is for if you cannot have a degree of local autonomy over things that directly affect your area.

According to the BBC, Burnham has suggested that the only way to break the impasse is to hold a debate and vote in parliament as soon as possible. In a letter to the prime minister, Burnham said:

“Establishing clear national entitlements of the kind we had during the first lockdown will create a sense of fairness which in turn would help build public support for, and compliance with, any new restrictions”.

Sir Graham Brady, the Conservative MP for Altrincham and Sale West in Greater Manchester and chair of the influential 1922 Committee, has also waded into the row. According to the Guardian, Brady told BBC4’s Broadcasting House programme that the move to tier 3 was being resisted by MPs and council leaders from both parties as well as the mayor, because “we simply haven’t been given the evidence that it would be effective”.

This is one row that Johnson could well do without. Not only is it clearly now uniting Labour across the North, it also appears to be uniting northern politicians from across the political spectrum. This may be a short lived consensus, since five of Greater Manchester’s Tory MPs have also condemned Burnham’s calls for a national lockdown. But it has clearly caused a rift within Tory ranks.

On Saturday, 20 Tory MPs – mostly it seems from southern constituencies – wrote to Keir Starmer and Andy Burnham asking them to come to some deal quickly with the government, and help “avoid the pain of a second national lockdown”. This was criticised by many northern Tories who according to Yahoo News described it as “neither wanted nor helpful”.

At the heart of this standoff between Manchester and the government is the issue of financial support for those whose jobs are threatened by further lockdown. The latest scheme, beginning 1 November and set to last for six months, gives employees whose firms are forced to shut two thirds of their salary (up to £2,100). The problem is that the businesses most vulnerable to lockdown in hospitality and retail tend to pay minimum wage or just above. Try living on two-thirds of a basic wage.

An underlying tension in this debacle is the government’s own devolution agenda, which was in a state of turbulence even before the pandemic struck.

During his Cabinet reshuffle in February this year, Johnson decided to downgrade the importance of the Northern Powerhouse ministerial role by no longer requiring the minister to attend Cabinet meetings. Jake Berry, who had been seen as a competent champion in this role, quit in February.

Many have been left wondering just what the government has delivered for the North over the last few years. The Industrial Strategy Council found earlier this year that the UK has one of the worst productivity gaps between its regions compared with other EU countries, except for Romania and Poland. The Council’s report also found that regional differences in average worker incomes in the year 2019 were about the same as they were in 1901.

Cities in the north of England have been much harder hit than those elsewhere in Britain. According to the same Centre for Cities analysis, on a per capita basis, Liverpool has seen the largest cut, with a £441m reduction in spending equating to an £816 fall for every resident in the city. But it’s been Barnsley that has been the city hardest hit by austerity on this measure, with a reduction of 40 percent in day-to-day spending on services.

After winning an 80 seat majority in December last year, Johnson spoke of the need to unite and level-up. It appears that coronavirus has diverted both political attention and money elsewhere. Lord O’Neill a former Tory minister, told BBC Somerset’s political reporter Ruth Bradley: “This is a mysterious government. It strikes me that it’s very long on public relations and rhetoric, but not really figured out how to focus on delivering anything, and it gets more and more disappointing by the week”.

The pandemic has laid bare the reality of what little resources are at the disposal of cash-starved authorities, which had already been hard-hit by a decade of punishing austerity cuts. In that context, Burnham’s response to a further lockdown, which would cripple local businesses and push more people in Manchester into debt if appropriate support was not in place, is understandable.

It’s also a stark reminder of how we still have to go cap in hand to London when problems arise, without having the powers to resolve these problems ourselves. While Wales is now taking back control of its borders by banning cars from entering from England, those of us in England have to sit back and see what is doled out to us. Record levels of support for Scottish independence also show just how much the devolved nations may be tempted to give two fingers to Westminster.

What Johnson does with his next round of devolution will be a test both of both political will and political acumen.

This will be put under the spotlight this week at the annual conference of the Northern Powerhouse. The Yorkshire Post said that Grant Shapps had told them “there has never been a greater need to deliver real change in every part of the North”, but there are going to be many sceptics in the (virtual) room on Thursday.

It’s always a big week for the government, but this feels like a big week for the North and a big test for relationships north and south. Talks resume today about further lockdown measures in Manchester, and also on this side of the Pennines, with Sheffield and Leeds facing the same threat of Tier 3.

For now we may be reliant on the goodwill of Johnson and his chancellor Rishi Sunak to support those whose lives are being taken apart by this pandemic, which is sadly disproportionately affecting the North. One day – just maybe – we can start taking back some form of control of our lives, but in the meantime we need Johnson to come good for the people of the North and deliver a package of support that doesn’t leave our communities in tatters.