Pete Wilkinson, co-founder of Friends of the Earth and Greenpeace UK, explains the impact of nuclear reactors, which contain plutonium and uranium, on human health. A reports with evidence of the effects on young children has also been sent to different governments, but has received an underwhelming response. 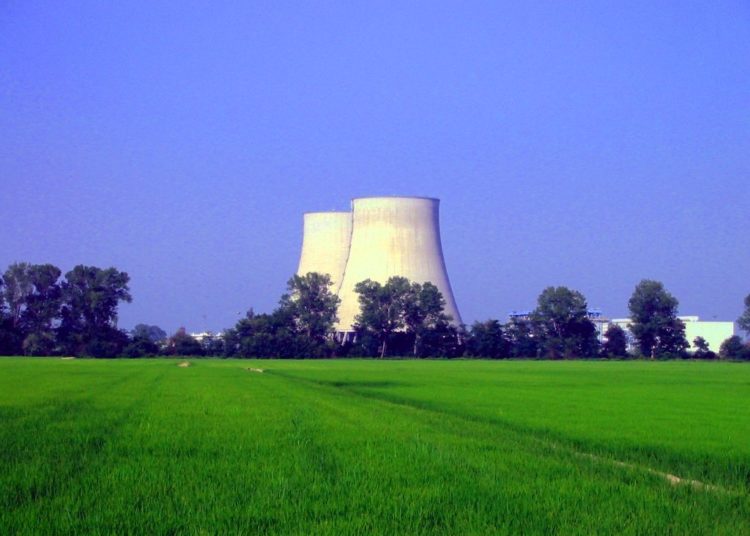 "nuclear power plant" by huntz is licensed under CC BY-NC-ND 2.0

This article addresses a highly controversial, complex and much-debated issue – the uncertainties around the health impacts of exposure to low levels of ionising radiation inside the body. It postulates a hypothesis challenging the current orthodoxy that underpins the regime of regulatory authorisations for radioactive waste emissions to the environment from nuclear facilities made by Public Health England (PHE), based on recommendations from the Committee on Medical Aspects of Radiation in the Environment (CoMARE) and those from the International Commission on Radiological Protection (ICRP). The views expressed are those of the author alone and are based on a report, which was funded by a grant from Children with Cancer UK. Since the first publication of this article, it has been amended in a small number of places to increase clarity. The author stands by his view that the uncertainties identified in the report and alluded to below need to be urgently debated between the regulatory authorities and their critics, invites you to read the report and come to your own conclusions.

“If you placed a teacup sized piece of high-level waste [the highly contaminated liquor which results from the reprocessing of spent nuclear fuel, a practice which has now largely ceased] in the middle of football pitch, you and everyone in the stadium would be dead before you left the centre circle.”

In order to gain public acceptance of atmospheric bomb testing in Nevada, President Dwight E. Eisenhower declared the policy of the US government to be “keep the public confused”…

These two quotations sum up the murky world of deceit, lies and deliberate withholding of information that characterised the race to develop the A and H-bombs in the immediate aftermath of WW2 as former allies became cold war enemies. The greater ‘good’ of possessing weapons of mass destruction to deter an aggressor outweighed the need to inform people of the unknowns surrounding the long-term effects of exposure to radiation. “Keeping the public confused” made it possible to develop those weapons without the encumbrance of protests.

In the UK, the raw materials for weapons of mass destruction – plutonium and uranium – came from the Calder Hall and Windscale ‘dual purpose’ nuclear reactors developed under the guise of generating electricity ‘too cheap to meter’. The policies of secrecy and obfuscation have likewise haunted the nascent civil nuclear power industry. Nuclear power stations have been essential for producing the same materials that incinerated and liquidised tens of thousands of innocents, and left thousands more with crippling genetic malformations which resulted from the dropping of the Hiroshima and Nagasaki bombs.

Today, we justify the use of such materials for the renewal of our own nuclear arsenal in the name of defence through the threat of mass murder. The Science Policy Research Unit (SPRU) at Sussex University has concluded that the only compelling reason for the government’s obsession with new nuclear build is to ensure the continuity of the supply chain and retention of the skills base, the loss of which would threaten the renewal of our nuclear weapons’ defence strategy.

The Windscale Calder Hall reactors, opened by HM the Queen in 1956 and heralded as the first power station to provide nuclear-generated electricity to the UK grid, concealed the true impetus for their construction: to produce plutonium for domestic and American nuclear weapons. Nuclear power and nuclear weapons are two sides of the same coin, despite minister after minister, decade after decade, telling parliament and the public the opposite.

It is thought that around 200,000 people – mostly civilians – died as a result of the two atomic bombs dropped on Japan in 1945. The US sent teams of officials into the fallout zones soon after the attacks to catalogue the effects on people as well as to evaluate their destructive capability. The US authorities developed a measure of radioactivity’s effect on human health which assumed that the greater the exposure to radiation, the greater the effect on the individual, leading to the ‘linear no threshold’ or LNT principle which has underpinned the relationship between dose and risk ever since.

With little concern for detail, the authorities assumed that the LNT model was good for calculating the effects of both whole body exposure as well as internal exposure through nuclear particulate inhalation or ingestion and that the relationship between dose and risk remained constant. But in fact, in case after case of exposure to inhaled or ingested ionising radiation, the observed effect on health outstrips the theoretical effect LNT would suggest.

Decades of grudging engagement from the authorities with its critics has still not delivered open and transparent examination of the uncertainties around the issue. The government, the nuclear industry itself, the regulators, nuclear industry trades unions, the supply chain companies, cheerleading university research and science departments all support and defend an industry which is well aware of these uncertainties. Yet still we commit to new nuclear build while wringing our hands about the rising cancer rate now affecting every second person in the country.

Particulates of plutonium and uranium, invisible to the naked eye, produce energetic and highly interactive emissions that, while presenting little danger when outside the body, can present a serious internal hazard when inhaled or ingested. They represent a small ‘dose’ but can have a disproportionate effect on health if the body doesn’t manage to rid itself of the particle, which will impart its energy to a tiny number of cells in the body, massively increasing its potential for harm. The reality is actually ‘small dose, large risk’, the opposite of the LNT principle. It is perhaps no surprise that neither government nor its agencies wish to engage in fact-based debate on the issues: any recognition that critics of LNT have a case would require a fundamental review of nuclear discharges, their safety and the number of people qualifying for compensation.

Nuclear weapons were routinely tested, sometimes requiring the enforced removal of the inhabitants over whose remote atolls and islands the bombs were detonated, until the practice was banned. Of the 2,000+ tests since the 1950s, more than 200 took place in the atmosphere, releasing unknown quantities of uranium and plutonium. Accidents at nuclear power stations – notably Chernobyl, Fukushima and the accident in 1957 at our own plutonium production plant in Cumbria, then known as Windscale – have also released unknown amounts of plutonium into the environment.

Nuclear power plants routinely discharge small amounts of radioactive material into sea, land and air. Plutonium has been deliberately and routinely discharged into the Irish Sea since the 1950s from the Sellafield nuclear fuel reprocessing plant. These materials circle the earth in the jet stream and wash around our oceans. And the authorities, particularly the Committee on Medical Aspects of Radiation in the Environment (CoMARE), refuse to debate key issues with their critics.

In 1983, a ten-fold excess of childhood leukaemia was identified in the small village of Seascale, a few miles south of Sellafield. At the end of a Yorkshire TV documentary film screened in the November of that year, nuclear bosses refused to concede that the plutonium discharges from the plant to the Irish Sea which were shown to be returning to shore and even turning up in household dust, could possibly have anything to do with the children’s illnesses. In December 1984, Hansard recorded the following speech from Lord Skelmersdale (extract):

“As from next year, discharges of caesium to the sea will be reduced to one-tenth of the maximum released in recent years. The revised authorisation sent to the company in draft will, when implemented, reduce discharges of plutonium and other alpha emitters to 200 curies a year, which is also a very sharp reduction from previous levels.”

In 2008, the German government financed a report known by the acronym KiKK. It showed that children under five years of age living within five kilometres of every German nuclear power station ran a risk of contracting leukaemia that was twice the national average in the country.

Following a Children with Cancer UK international conference in 2018, a modest grant was awarded to the Low Level Radiation Campaign to write a report, compiling the evidence that supported the view that the health effects of exposure to low doses of alpha emitting radioactive materials are woefully underestimated.

The report has been sent to every major government department, to MPs and to regulators. The response has been totally underwhelming. The government is unable even to consider that the industry on which it has relied since the 1940s to provide its plutonium, its nuclear engineers, its nuclear research facilities, much of its electricity and its medical isotopes, might be contributing to disease and death in the population. And it refuses to instruct its publicly funded expert body, CoMARE, to do so on its behalf.

The Children with Cancer UK conference was addressed by one contributor who spoke movingly about the conditions required for a healthy and contented population – a sustainable and peaceful planet. Instead, we have created a soup of chemical, radioactive and other toxic materials casually tossed into the air while we have little or no idea as to their health effects. This, along with the 500,000 cubic metres of nuclear waste, is our legacy to our descendants. How on earth are we going to acknowledge this and begin the process of reconciliation and redress?

Pete is co-founder of Friends of the Earth and Greenpeace UK and architect of what one journalist called "some of the most imaginative and successful environmental campaigns of the 80": radioactive waste dumping at sea ended, UK fur trade curtailed, dolphinaria banned, seal culling in the Orkneys abandoned, liquid radioactive waste discharges to the Irish Sea dramatically reduced, Antarctica declared a mining-free zone until 2041. Consultant to many government departments and industries. Author of two books. Member of Defra’s committee on radioactive waste management 2003–2007.