Lord of lockdown in thrall to vindictive innuendo

The prime minister was in a bad mood. His settee was full of children’s plastic toys and when Gandalf’s staff spiked his rear as he sat down to savour his Coco Pops before bed, his satanic retaliatory reflex kicked in. He ordered a national lockdown to teach everyone a lesson and kill two birds with one stone: the kids would be out of sight at prep school until Christmas; and his kleptocrat cabinet would be re-assured. 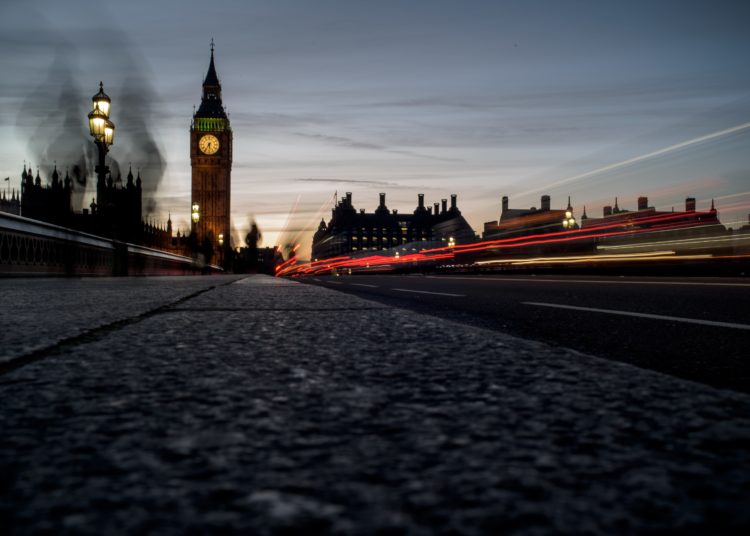 Photo by Darv on Unsplash

The prime minister was in a bad mood. His settee was full of children’s plastic toys and when Gandalf’s staff spiked his rear as he sat down to savour his Coco Pops before bed, his satanic retaliatory reflex kicked in. He ordered a national lockdown to teach everyone a lesson and kill two birds with one stone: the kids would be out of sight at prep school until Christmas; and his kleptocrat cabinet would be re-assured.

Comrade Dom’s ruthless plans to put Dido in charge of health and social care as well as private covid testing were back on track. Plus, kettling the plebs back to work, fining them £1,000 for not self-isolating, and blockading Blighty, would swell the coffers and see him through until Halloween.

By then, thanks to his media mates’ whizzy campaign to discredit Brussels, he was sure that even former Tory PMs would concede that the EU was indeed a pit of spiteful Brit-hating spivs. That would let him off listening to Von der Leyen crowing about a green economic recovery, employment rights, and the new generation of European democrats. And it would shut up Labour’s deputy taking a pot shot at his earnings every time she opened her mouth. God knows he’d done his bit to get back to basics by leaving women barefoot and pregnant in the kitchen, and pruning their rights through Brexit.

He congratulated himself. So far he’d done Brexit, booted out the contrary civil servants, and given his mates a helping hand – here and there. Now little bro Jo and his Moonshot management consultants could trump whining Whitty in the new daily covid briefings. On top of that, he’d promised £40m for a new covid track and trace on top of the £180m contracts dished out to Tory party donors, “Dido – Queen of Carnage” was capping NHS spending on tests for patients and staff, and Grayling was back in charge of ports. A truly world-beating set of results in a class of their own.

As a reward he’d go and kick Matt-the-muppet for failing to quell the attention-seeking 750,000 wanna-have-a-test plebs. Delicious as that prospect was, Labour’s virtual conference with Ed Miliband and Lisa Nandy – where they accused him of destroying public trust in MPs, negligence over testing and trashing the UK’s international reputation – still jarred. Worse, this morning, Keir made plain his ambition to be Labour’s next elected PM, what with his speech applauding fairness, opportunity for the young, ending inequality and structural racism; and the plebs seemed to like the jumped up activist-lawyer. Worst of all, his own disloyal backbench upstarts were grizzling about the review of covid emergency legislation at the end of the month. Still, he could congratulate himself on keeping his anti-democratic instincts intact, now the remote participation in House of Commons proceedings bill was dead and escape to a Roman nirvana was tantalisingly close.

He rubbed his buttocks and tried to whistle Rule Britannia to drown out the 3.5 percent earworm Bella Ciao, banned by his Perugian party chums.

It reminded him of the lorry parks down the Kent coast where the bolshy Conservatives Group for Europe was still banging on about close relations with the EU and maintaining food supplies. That was down to the DTI’s dim blond trying to sate their Europhilia and fears for food security with the offer of a cheesy charabanc to Kent’s Leeds Castle and some shooting on the cliffs above Eurotunnel.

Always one for taking pleasure wherever he could find it, the PM gleefully plotted a jolly for them to a “Manx” outpost en route to Larne, devised by spatially challenged Jabba-the-Raab. Better still, Defra expected Brexit to bankrupt 25 percent of farms, so the elated PM zoomed some comrades – tip offs for land grabs always got rewarded. Taking a slug of his vodka martini to ease him into the land of nod, he found himself instead mired in a nightmare, with the Pogues on the Irish border explaining that the antidote to international law breaking was a good read of the Good Friday Agreement. Heaven forbid.

He was woken by a wailing sprog and Dilyn sitting on his face. Determined to seek revenge on Mogg-the Avaricious for his refusal to hand over his nanny (after all, he couldn’t afford one himself and had drawn a blank with those self-isolating and looking for Rishi’s one-off £500 payment to stay put), he dictated a memo to Sadiq Kahn exempting his No.10 bubble from lockdown. Then he checked out travel agents for flights to Italian towns twinned with Barnard Castle.

Relishing deleting Gove-the-gormless from his circle of six faithful fawners, he laced a phone call to compliant journos with vindictive innuendo before giving Jabba a deliriously rewarding do-it-now-or-else ear-bashing. Yes, Jabba would personally sort out Dilyn’s animal health certificate and the PM’s Netflix roaming in time for 2021 when the EU’s portability regulation wouldn’t cover Brits anymore. Yes, he could lockdown London before more moshing Eurocrats out to foil a ‘no deal’ arrived at St Pancras, with their allegations of international law breaking. No, his bank accounts wouldn’t be frozen, unlike those of ex-pats in the EU. Mates-rates health insurance cover? Certainly, prime minister.

All he had to do now was summon Lord Dom of Mordor to make parliament disappear in a puff of smoke before their Lordships demanded free covid tests and Matt’s mission critical ran out of steam.