The City of London and the Crown Dependencies are at the centre of the world's money laundering, and little has been done to prevent it. 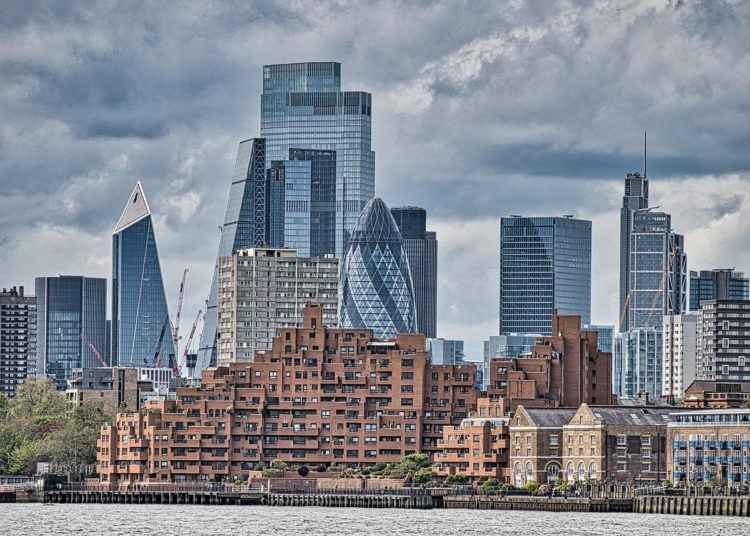 “Skyline – City of London from Limehouse.” by Geoff Henson is reserved under CC BY-ND 2.0

In May this year Ed Lucas, senior fellow at the Centre for European Policy Analysis, gave evidence to the US Congress foreign affairs committee on the topic of money laundering. He believes it to “be a source of national shame that London remains the money-laundering capital of the world”.

In 2016, the National Crime Agency estimated up to £90bn of illicit funds are laundered through the UK each year. That figure has almost certainly risen since then. Tax avoidance is estimated to cost developing countries around £180bn a year.

Sadly, as George Monbiot has commented, “Processing everyone else’s corruption is the basis of much of the wealth of this country”.

There is a huge amount of financial activity going on in London daily, hence a better chance of illicit activity slipping through unnoticed as part of the ‘churn’. In a paper in March 2018, Robert Barrington (who was executive director of Transparency International UK at that time) stated that this is because there are “relaxed rules on foreign ownership of businesses, and other assets”.

“Additionally London’s PR agencies have become the reputation launderers of choice for undesirable regimes across the world. England has tough libel laws and London boasts some aggressive law firms that are happy to be hired to warn off any investigative journalist who appears to be getting close to the truth.”

We should also note the part played by the UK’s overseas territories and crown dependencies such as the British Virgin Islands, the Cayman Islands, or Jersey. In his paper, Barrington points out that these territories are:

“Highly secretive jurisdictions, operating to lower – sometimes much lower − regulatory and transparency standards than London and international norms, but with unrivalled connections to the City.”

A dubious transaction might begin life in London but will be outsourced to a crown dependency when the dirty work has to be done.

We don’t exactly help ourselves

The City of London does not do transparency – rather it does secrecy and opacity in spades. The City is exempted from the UK’s freedom of information laws. Add to this the giant loophole in company law where no one checks the ownership details when creating a new company, which means that people can easily make up names and addresses. Monbiot highlights that “By giving false identities, company owners in the UK can engage in the industrial processing of dirty money with no fear of getting caught”.

In addition, the ‘golden visa’ exercise post-2008 means that any foreigner bringing £1m or more into the country is virtually guaranteed a fast-track visa, with no questions asked about the money.

Finally, there is the persistent under-resourcing of the UK agencies that have been tasked with cracking down on money laundering. Patrick Wintour has spoken about how a public registry to check and keep track of foreign firms that have assets in the UK still hasn’t been implemented yet. This means that these firms are free to continue to use the UK to aid their illicit laundering.

In 2013 at the G8 Summit at Lough Erne, Cameron to his credit raised the issue of money laundering and the imperative to do something about it. He succeeded in getting all G8 leaders to commit to action.

Three years later, Cameron convened a meeting of 43 world leaders at Lancaster House, a gathering that gave rise to a whole series of commitments from those present to tackle international financial crime. Two months later, however, the Brexit vote cut across everything and Whitehall was said to have “collectively dropped the ball” on money laundering. It appears that tackling money laundering has been moved to the back burner.

In his 2018 paper, Barrington highlights that an investigation by Deutsche Bank three years previously, into Russian private deposits arriving in London, put the figure as £100bn over a ten-year period. Research by Transparency International found that Russians were very active in engaging in the ‘golden visa’ programme, being in the top two jurisdictions of origin at 23 percent.

A separate study by Transparency International, looking at suspicious London property transactions, found that 21.3 percent could be linked back to Russia. Barrington highlights a case in point that features Igor Shuvalov, the Russian deputy first minister who in 2014 had declared wealth of £634,000 and an annual salary of £112,000.

Somehow, he managed to buy a property in Westminster valued at £11.5m – just one example of unexplained wealth but one not likely to be pursued by any administration, especially given the current prime minister.

The Johnson worldview – including his attitude to Russia – is no doubt influenced by his close friendship with Evgeny Lebedev, the son of a former Director of the KGB in Russia. Lebedev is the proprietor of the London Evening Standard and the Independent. He owns a converted castle in Perugia where he holds parties described as ‘uproarious’ that Johnson has attended.

Lebedev was awarded a peerage in July 2020 and sits as a crossbencher in the Lords (must have been a good party!).

The consequences of money laundering in London

Russian, Chinese, and other dubious funds flowing into London to be invested in property have had two pernicious consequences. First, the cash has helped inflate house prices, putting house buying out of the reach of indigenous Londoners.

Secondly, there are streets in areas such as Mayfair, where only one third of the houses are inhabited – the other two thirds being empty ‘investment opportunities’. This causes a lack of footfall for local shops and restaurants.

Where do we go from here?

In his view, “the whole system needs a fundamental re-think”.

The law could also be changed to require due diligence checks on the names and addresses of those seeking to set up a new company in the UK.

In the USA, Biden has stressed the importance of tackling global corruption. He’s given his government a deadline of 200 days to report back to him on this. Johnson would do well to take note.