Jane Thomas writes about the new government advice on local lockdowns due to the Indian variant spreading quickly; areas were not told about the information, and local leaders feel left out of the loop. If the road map out of the pandemic is to succeed, more government planning is needed. 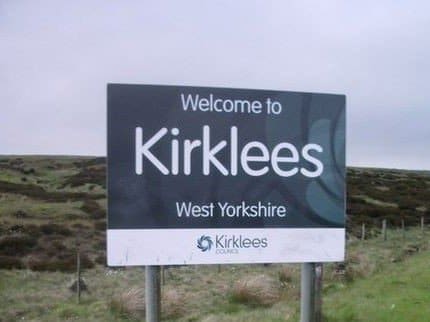 The latest government advice to people in Kirklees, plus seven other districts in England, to restrict travel and where they meet, is provoking a strong reaction from local leaders. The fact that the advice was published online on Friday without an announcement has been met with a mixture of anger and confusion.

According to Business Live, the government amended its guidance on what you can and cannot do last Friday at 5.26pm. New information was published on the government website for Bolton, Bedford, Blackburn and Darwen, Burnley, Kirklees, Leicester, Hounslow, and North Tyneside – areas where the Indian variant is spreading quickly. People in these areas have been advised to only travel if it is essential, and to avoid meeting people indoors.

“Can he understand how insulting it is to have new restrictions imposed upon us, local lockdowns by stealth, by the back door, and the secretary of state doesn’t even have the courtesy to come and tell us? … Why was this guidance plonked on a website on a Friday night and not communicated to anyone?”

Local leaders have been quick to confirm just how much they’ve been kept out of the loop. It fell yet again upon the much-maligned work and pensions secretary, Thérèse Coffey, to justify the latest mishandling by the government. She told BBC Radio 4’s Today programme the advice was “just about sensible extra caution and [trying] to get a grip locally with tackling the spread”.

But after 14 months of the government working in mysterious ways on its handling of the pandemic, many MPs and local leaders are having none of it.

Newly elected West Yorkshire mayor Tracy Brabin said, “This is yet another example of the government’s chaotic response to covid. We don’t know what advice to give our citizens when the website is changed without alerting community leaders”.

Kirklees Council chief executive Jacqui Gedman, told local MP Barry Sheerman that, “These are not regulations, these are recommendations”, but the Huddersfield MP said he felt the guidance was “all wishy-washy”.

Sadiq Khan also expressed concern at the way the guidance was communicated to the affected areas. According to Sky News, the London mayor said:

“This morning I met with vaccines minister Nadhim Zahawi alongside mayors from across the country. I raised the need for clarity on the government’s guidance and support for those living and working in Hounslow, and also the impact of new guidance on Heathrow airport”.

Some have been more forthright in their condemnation of the government. Dominic Harrison, Blackburn with Darwen’s director of public health, suggested that areas impacted by the decisions, “were not consulted with, warned of, notified about, or alerted to this guidance”.

The government are to blame for rising variant cases

As with many things, this is a mess of the government’s own making. The number of Indian variant cases is rising, and it seems as though infection rates may be worse than those with the Kent variant in some areas.

It is also undisputed that lifting restrictions may result in a rise in cases, but hopefully a manageable rise. What is totally unnecessary and inept is the way the government communicates and then acts on the decisions it makes.

Not only is this wholly unacceptable, but it is also inconsistent and demonstrates poor governance.

Holidays still get the go ahead

Whilst the vaccine minister was on his feet in the House asking people in those affected areas to “avoid travelling in and out of affected areas unless it is essential”, Downing Street was admitting that there are no restrictions on those residents taking foreign holidays to the green list.

As the Mirror puts it, “a family in Bolton is free to fly to Portugal, but is also being advised not to have their granny from the next town over for Sunday lunch”.

According to the paper, the prime minister’s spokesperson broke the news that even though people shouldn’t meet indoors, pubs and hospitality businesses wouldn’t receive financial assistance. He confirmed that, “This will be down to the public to exercise good judgment” on whether to take a holiday.

You would think by now the government would have learned its lesson in terms of liaising with those it most relies on to help control the pandemic.

But this is a massive own goal by Downing Street in particular. So keen to milk the success of the vaccine roll out and the recent control of the spread of the virus, Boris Johnson appears to have taken his eye off the ball. And with Saturday’s Championship play-off final at Wembley, it may be that all eyes are off the ball if Brentford Football Club (in the affected Hounslow area) cannot travel.

It’s a long road out of restrictions, and more planning is needed

The government may claim to have a road map to ending restrictions on 21 June, but this is a timely reminder that it’s a long and rocky road that needs careful navigation. More details will be given on 14 June about what we can expect.

In the meantime, we can certainly expect some more observations on all this when former key aide to the prime minister, Dominic Cummings, gives evidence to MPs at the science and technology committee on the Covid-19 response tomorrow. Cummings, who left Downing Street in November, has blasted the government’s response to the coronavirus crisis, branding its plan “part disaster, part non-existent”.

He wrote a 60-tweet thread blaming government secrecy for the catastrophe of spring 2020, claiming “One of the most fundamental & unarguable lessons of Feb-March is that secrecy contributed greatly to the catastrophe”.

Fourteen months on and the secrecy and confusion continues. Johnson appears too quick to bask in the warm glow of success of vaccine roll out and has made a massive error of judgment on this.