Alex Toal finishes his local elections preview with a look at West Yorkshire. The county's districts have a third of their councillors up for election, in addition to the first ever mayoral race. 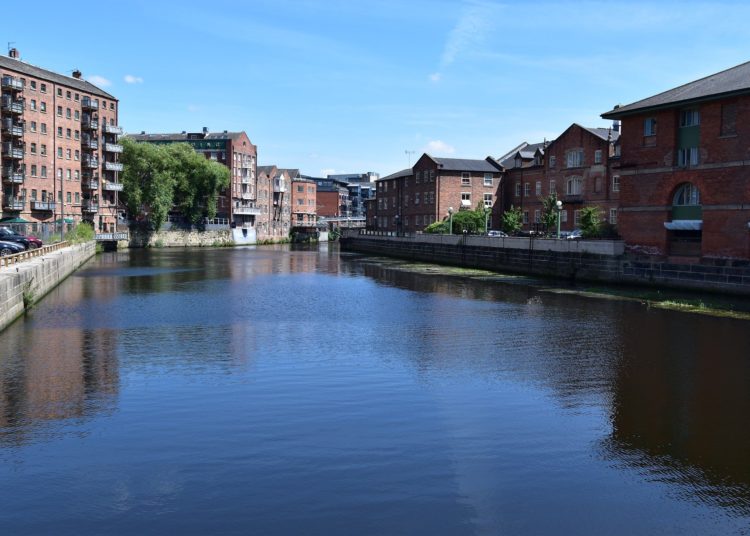 Image by Northern_Punkie for pixabay licensed under CC BY 2.0

Of the four counties of Yorkshire, West Yorkshire is the closest to a genuine swing district of any of them when it comes to the local election. At New Labour’s height, Labour held all of the county’s 23 constituencies. Now only 13 Labour MPs remain.

Despite this, Labour has a majority on West Yorkshire’s five borough councils: Bradford, Calderdale, Kirklees, Leeds, and Wakefield. 2021 may be the year that this changes. Each of these boroughs is electing a third of their councillors this year, in addition to casting votes for West Yorkshire’s first ever regional mayor.

The dynamics in the region are markedly different to those of the other counties. Although local independents are strong, neither the Lib Dems nor the Greens have a particularly strong presence on any of the local councils, with the exception of Leeds.

In addition, unlike in South Yorkshire, the whole county has been electorally active since the post-Brexit realignment of 2017-2019. Local elections in 2016, 2018, and 2019, have all but weeded out the last of the UKIP vote in West Yorkshire, leaving the Conservatives as the only real party of the right.

This means that, across much of the county, the competition is a relatively straight two-horse race. However, anything can change, and the trend across Yorkshire over the past few years has been one generally favourable to smaller parties. Whether this will be the year that major movements begin away from the Conservatives and Labour, will be seen on 6 May.

This is a race in which we at Yorkshire Bylines have to declare a degree of interest. Both Javed Bashir and Andrew Cooper – Liberal Democrat deputy mayoral and Green Party mayoral candidates respectively – have written articles for us. This race is also one that I’ve been covering for a while, and have been able to speak with Andrew, Stewart Golton (Liberal Democrats) and Bob Buxton (Yorkshire Party).

The West Yorkshire mayoral race promised to be relatively exciting. The internal campaign for the Labour nomination was a close-run contest between current MP and former actress Tracy Brabin, Bradford council leader Susan Hinchcliffe, and lawyer and activist Hugh Goulbourne. The nomination drew a fair degree of local and national press, as often is the case when Members of Parliament run for the mayoralties (see Andy Burnham as a prime example of this).

However, the race has been remarkable for how quiet it is. Brabin has been absent from most hustings, and has spoken little with local media. Meanwhile, although the county now has nine Conservative MPs, the Tories selected a previously unknown candidate, Leeds city councillor Matthew Robinson.

From all appearances it seems as though both parties are hoping to not rock the boat with this election, and ultimately they may well get their way. Even in 2019, Labour managed to keep a six-point lead over the Conservatives across the county, and there is little indication that Labour is due to do worse this year.

West Yorkshire’s five boroughs – Bradford, Calderdale, Kirklees, Leeds, and Wakefield – are all electing a third of their councillors this year. With four of these councils, these are councillors up for re-election from 2016. The exception is Leeds, which elected all of its councillors in 2018, after boundary changes. This means that, confusingly, the councillors up for election this year are those who came second in 2018, when each ward elected three councillors.

Labour currently holds 50 of Bradford’s 90 seats; while their majority is solid, it is not unimaginable that, on a bad night, they could lose it. However, on a purely mathematical level, this should be somewhere where the party can make gains rather than losses. Since 2016, when these seats were last contested, Labour and the Conservatives have only increased their strength in the city, pushing down the presence of the Liberal Democrats and local independents.

Several issues seem to be dominating the campaign in its final days. Criticism has been raised that a new housing development is being “rushed through” before the elections, while local Greens and Liberal Democrats have challenged the council on its record of combatting fly-tipping and providing children’s services respectively.

A few wards to watch here:

Calderdale is one of the few councils that has trended away from the Conservatives towards Labour since 2016. In 2019, the party won enough seats to get a majority on the council, the first in Calderdale since 2002. However, Labour’s majority is slim; only two seats keep it from no overall control.

The only major local issue up for discussion seems to revolve around a new housing development. For more information on the area, the Guardian actually ran a piece on the local elections in Calderdale, which is well worth a read.

Wards to watch out for will be:

Kirklees is one of the weakest places for Labour in West Yorkshire. With only 32 of the council’s 69 seats, the party is currently in minority administration in the borough. Moreover, unlike other regions in Yorkshire, there is no clear direction of travel between the major parties.

Leeds may well be the most fun (read complex) of the districts of West Yorkshire. Not only is Labour sitting on a slim, five-seat majority, but the city has a strong Conservative, Lib Dem, and Green presence, not to mention two separate independent groupings!

The council has been one of the worst affected by the coronavirus crisis, and is scheduled to axe 600 jobs due to budget shortfalls. Central to local issues has been the proposed expansion of Leeds-Bradford airport, which critics say is ill-timed, with the climate crisis bearing down.

Wards to catch will be:

Wakefield is simultaneously the least and the most interesting election this year. The least interesting because, even on a terrible night, Labour are nowhere near risking their majority in this area. But also the most, in as far as it is one of the few areas where the party has been consistently in decline, winning 19 wards in 2016, 16 in 2018 and 15 in 2019.

On the campaign trail, a variety of issue shave dominated, with the local Greens highlighting the climate crisis, whereas local Conservatives have accused Labour of pursuing “little vanity projects”. Meanwhile, council leader Denise Jeffery has defended Labour’s record on the environment and provision of free school meals.

Wards to watch will be:

And that’s it for our Yorkshire election preview! Join us on 7 May, as the results are counted – we hope to give some in-depth analysis and reporting on the results as they come in.