Get your hair cut and stock up on yeast: if you’re lucky enough to not be one of the ten million Britons already under increased coronavirus restrictions, then you are likely to join that number soon. 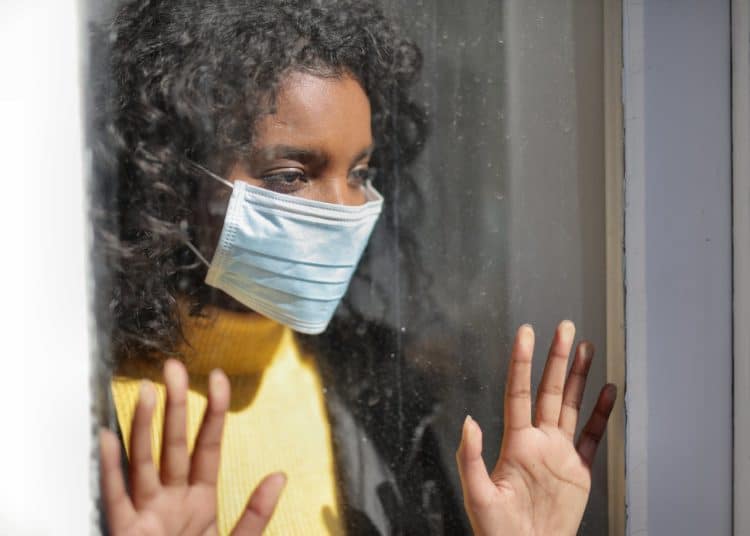 Photo by Andrea Piacquadio on Pexels.com

Get your hair cut and stock up on yeast: if you’re lucky enough to not be one of the ten million Britons already under increased coronavirus restrictions, then you are likely to join that number soon. Whilst the prime minister emphasised that he was “deeply, spiritually reluctant” to infringe on people’s freedoms in his announcement of minor nationwide restrictions this week, a further lockdown feels nearly inevitable.

With the government’s eagerness to reopen the economy and send schools back without due protection leading to increased infections, even as coronavirus numbers reach their highest recorded figure there remain a few key dates which are, as of yet, unavoidable, and risk tipping the country over the edge into a full-blown lockdown.

The first, is the return of universities, which is still coming up for many students, including the four largest in-person colleges in the country: UCL, Manchester, Leeds and Birmingham. Not only will this involve the migration of over two million students across and into the UK, but it will also see attempts to revive segments of the economy which have lain dormant during the pandemic, such as on-campus businesses and nightclubs. Small-scale breakouts have already been seen at the University of Glasgow and Oxford Brookes. Even with the best will in the world it is unlikely that universities will be able to enforce any kind of social distancing measures with limited staff and, in many cases, a student body swollen as a consequence of the A-Level results debacle, with a number of institutions making their offers unconditional in response.

The second key date is the proposed end to the furlough scheme, currently scheduled to transition into the less generous emergency jobs scheme at the end of October. Whilst this may end up being delayed, it still signals to businesses unable to function from home that the imperative is to get employees back into work, a priority for this government since July.

The third key date is the end of the summer. There is evidence that colder conditions help spread contagion, and an increasing number of activities will start to move indoors, from exercise to dining, as the prospect of spending time outdoors becomes less palatable. This will lead to more people packed closer together, often in situations where masks are not required, such as pubs. Moreover, the beginning of autumn has always been associated with colds and the flu, and concerns have already been raised that confusion between colds and coronavirus will lead to increased demand on testing, with little evidence that this demand can be met.

All of these things will result in the conditions favourable to the spread of the virus: mass movement, economic activity, and an increase in the number of daily contacts. Nor is there much chance of these events being mitigated without a lockdown coming into place again. It is worth bearing in mind, however, that this sequence of events was by no means inevitable, and, had the government got a better handle of the virus during the summer, a controlled resumption of economic activity could have occurred. The reasons that a lockdown is inevitable lie solely at the feet of the government, and the ideology behind their crisis-management.

The first of these strategic failings was to treat economic and health recovery as independent and possibly opposing issues, rather than interrelated. The government’s approach to pandemic-management has been, from an early point, to emphasise the need to ‘restart the economy’, and accept the risks posed by the virus. This strategy goes to explain policies like ‘Eat Out to Help Out’, which early analysis is showing may well have contributed to this second spike in cases. Increasingly, however, it is becoming clear that the best way to ensure a strong economic situation has been to control the infection rate. This is shown in the mitigated economic impact of the virus in countries like Germany and New Zealand, which imposed stricter lockdown measures than in the UK.

The economist Paul Krugman aptly referred to the pandemic as putting the economy into a medically induced coma. The problem here is that the government has decided to awake the patient without dealing with the underlying issue: that the virus is one that thrives on conventional economic activity. Had the government used the summer to adapt these underlying conditions – such as providing students with an incentive to study at home, helping high-street retailers move online, or increasing capacity on public transport to allow for social distancing – the economy could have reopened in a genuinely safe manner. In turn, consumers would then have had the confidence to spend money, safe in the knowledge that their risk of catching a potentially life-threatening illness and spreading it to their loved ones had been limited by their political leaders. But instead, the government prioritised increasing the same economic activity as that which led to the virus’ spread in the first place.

The second was the strategy of treating the virus like a political crisis rather than a health one, which required patience, self-control and detailed planning. Johnson and his cabinet are good at weathering political storms, as shown by Dominic Cummings’ survival in post following the Barnard Castle affair. But whilst the government’s playbook of obfuscation, distraction, and anonymous briefings can help it move away from difficult political ground, the same cannot be said about a virus.

Yet the government’s main aim of the summer seems to have been to move on from the coronavirus issue politically as well as economically, with a revival of the Brexit debate and announcements of an anti-obesity programme, and the stoking of culture-war issues around statues, the Last Night of the Proms, and asylum-seekers’ rights. Thus, the months between the end of lockdown and the start of the school year were squandered, with no significant attempts to improve track-and-trace, create a cogent plan for schools to return, or to adapt to the reality that the best thing to mitigate the virus would be to encourage those who can work at home to stay there.

Boris Johnson promised a ‘Rooseveltian approach’ to tackling the pandemic, but has ended up more like Roosevelt’s predecessor Hoover, failing to take full responsibility for handling the crisis and outsourcing its management to the private sector and local government. As a result, not only is a second wave of Covid-19 among us, but a second lockdown, and all the physical and emotional suffering which it caused earlier in the year.