Having finally shed this coercive controller prime minister, we now enter the inevitable aftermath period where we live amongst his wreckage 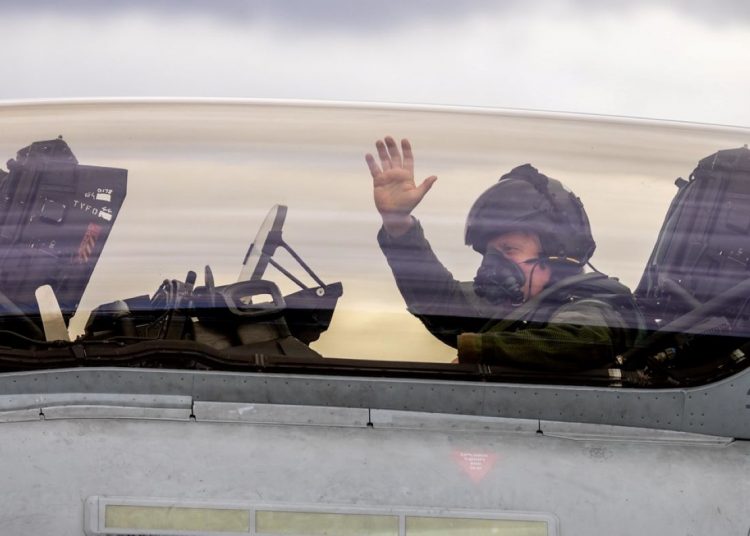 Over and Out! Boris Johnson visits RAF Coningsby. Image by Number 10 on Flickr, all rights reserved

In November 2020, I published an article about Boris Johnson, which reflected on his record thus far as prime minister. I suggested that much of his behaviour could be explained by the indication that he was a ‘coercive controller’: a toxic personality who beguiles others into believing self-serving falsehoods and sucks them into a fantasy world where they repeat such lies to others, either unwittingly or because they have been blackmailed into doing so.

In February 2022, I focused on how a relationship with a coercive controller most frequently ends: with the fantasy world crashing down around those who have been ‘gaslighted’, leaving them with shattered relationships, reputations, and finances.

A coercive controller at the controls of a nation

These predictions came to pass in the first week of July, as Johnson’s dam of lies washed away in a flood of resignations, leaving his government unable to operate. In the way of coercive controllers, Johnson continued to lie and to cling to his version of reality until he realised that his situation was untenable. And even then, he persuaded his party to leave him in place for up to ten weeks until a new leader could be elected.

Since then, he has appointed a set of second-rate replacement ministers whose actions indicate that they are completely unsuited to the roles given them, had a party at the official country residence of the British Prime Minister instead of attending a COBRA meeting, interfered in a Labour-initiated vote of no confidence in order to give a fatuous speech justifying his actions in office, wangled a trip in a RAF Typhoon in order to release images of himself dressed like the stars of ‘Top Gun’, and petulantly withdrawn the whip from one of his ministers who was unable to get back from a foreign trip to vote with the government in the vote of no confidence. 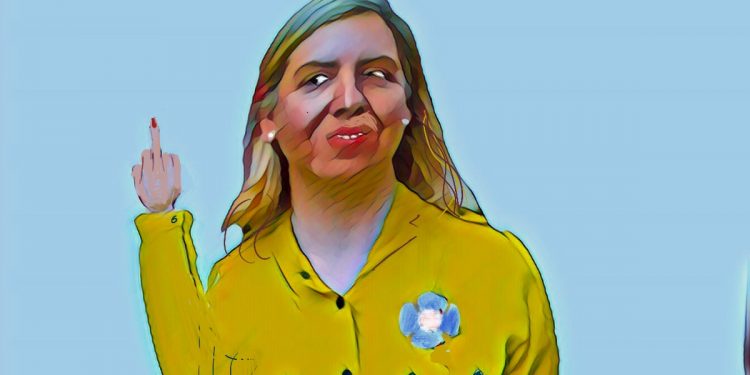 The long arm of the coercive controller

One of the reasons that this disaster continues to unfold is because many of the resignations and social media posts that sunk Johnson came from the junior echelons of the cabinet and from the civil service.

This makes sense, because the further away from Johnson’s inner circle the person is, the less frequently they would have been in his sights to be “sent out to lie for him” in the words of Sir Roger Gale MP.

A large part of the coercive control syndrome involves implicating others, and Johnson exploited this to the maximum throughout his premiership.

He established the nature of these relationships at the very beginning of his December 2019 campaign by insisting that those standing as Conservative candidates must sign an agreement not to contradict his highly flawed Brexit deal, which he is currently trying to unpick by breaking international law, resulting in the resignation of his ethics advisor in June.

The legacy of this disastrous premiership will continue for some time. When Johnson is finally removed from the office of prime minister, we will still be left with a new premier drawn from the ranks of those who were prepared to sign up to non-contradiction of an obviously flawed treaty, and who continued to lie for Johnson until their junior colleagues and civil servants made it clear the game was up, with only Rishi Sunak managing to flee just as the ramparts fell.

Both of the Conservative leadership candidates have been caught out in various lies and obfuscations in the past. Both played along with Johnson’s bending of the truth until this did not suit their personal ambitions any more.

However, Liz Truss’s attempt to throw Roundhay School, the Leeds school that prepared her for Oxford under her campaign bus is perhaps the most distasteful.

The school has never been rated as unsatisfactory by Ofsted, and its last inspection report found it to be outstanding. In 2007 it achieved the best A-level results of all state schools in Leeds. And Truss’s additional claim that leafy, cosmopolitan Roundhay was ever a ‘red wall’ area, represented as it was by two ministers serving a Tory government throughout the period of her secondary schooling, is probably the most fatuous made during the leadership campaign.

Living amongst the wreckage

So why are these contenders so sub-standard? The overarching fact of the matter is that they were all willing to give up their own personal judgement to sign Johnson’s Brexit pledge – a move that threw a torpedo into the heart of our ancient parliamentary democracy in which an MP is elected by a constituency to serve its best interests, with party allegiance as a secondary factor.

The act of demanding this pledge should have flagged up from the very beginning what type of premier Johnson was aiming to become.

His actions from the time that he was elected then supplied copious ongoing evidence of the way he operated, and his previous life history provides further indications. However, a podcast discussion between Financial Times journalists at the beginning of this week suggests that those at the heart of power have never understood this issue. They incorrectly describe his actions as “bizarre”, “unpredictable” and “eccentric”. There was no recognition of Johnson’s pattern of behaviour, and his consequent actions to ensure that the only Tory MPs elected were individuals that he could control.

Coercive controllers inevitably leave wreckage behind in their personal relationships. The UK has now become a petri dish for how this situation will play out on a sociological scale. The best way to put an end to it would be to go to a general election where party leaders are prevented from insisting those who stand as MPs sign pledges that bind their loyalty to that individual, but that is unlikely to happen.

For the Conservative Party, what is happening in this leadership election is, as Clive Lewis MP points out, “like soiling your pants and deciding you’re going to change your shirt”.

It’s time to buckle down for a further torrid two years.