John Cole calls into question how genuine libertarians have been, particularly during this crisis, when they have done more harm than good. Encouraging more open economies and taking the blame from the shoulders of government and putting it on the people, they have done nothing except exacerbate the situation. 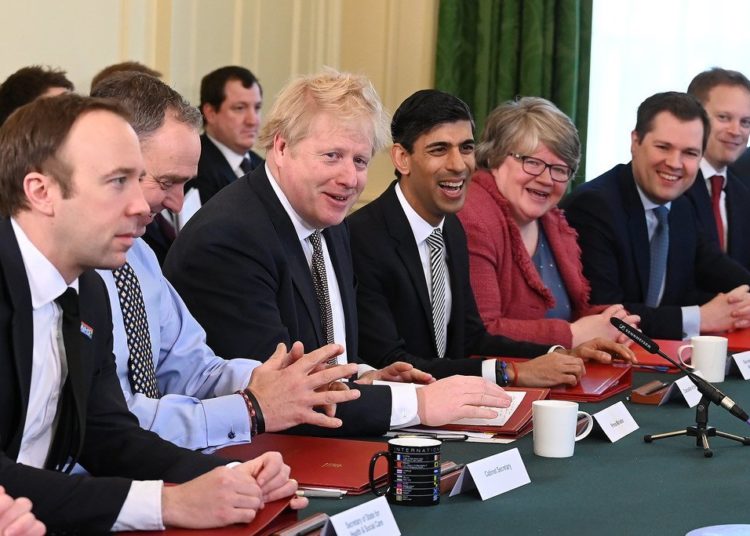 In the UK, over 100,000 have gone to an early grave owing to libertarians influence on government thinking. They believe that their business and personal freedoms are more important than our lives – and they are intent on destroying our NHS.

It is easy to think that Boris Johnson’s very poor policy decisions are down to him being bullied by noisy libertarians. Not so. A wise friend told me that “Johnson is no liberal, he is an autocrat. Nor is he a victim of bullying from far right groups. He is a bastion of the far right. Were he not PM, he would be leading the Tory Libertarians”.

It is important to recognise the growing and pernicious influence of right-wing, free-market think tanks here, including the Institute of Economic Affairs (IEA), Taxpayers’ Alliance and the Legatum Institute. There are several in the USA, such as the American Enterprise Institute, Heritage Foundation and the American Institute for Economic Research. Their funding is opaque and some comes from hedge fund and oil company billionaires and tobacco companies.

The tobacco companies “seek to create a new narrative of risk”. This involves taking a pop at health and safety regulations and ‘red tape’. They doubt climate change, and oppose multilateral institutions of governance and regulation. Unsurprisingly, they backed Leave campaigns. Mark Littlewood, Director of the IEA asserted, “Brexit provides us with a once-in-a-generation opportunity to radically trim the size of the state and cut the regulatory burden”.

How influential are they? IEA alumni in Johnson’s first government included 14 frontbenchers, the home secretary, the foreign secretary and chancellor. Former Conservative MP and junior minister Margot James, said, “A number of MPs have adopted the IEA’s ideas lock, stock and barrel” adding that Johnson had surrounded himself with “dogmatic small-state Conservatives” and “people in Number Ten who would make your hair curl”.

A number of these free-marketeers would happily dismantle and privatise the NHS. This has been happening incrementally for years and is reflected, for example, in the government’s reluctance to use established public sector organisations for test and trace. Professor Karol Sikora, a private cancer clinic owner, described the NHS as, “the last bastion of communism”.

How does Johnson’s irresponsible libertarianism manifest itself? In his first covid TV press conference he advised that, “We should all basically go about our normal daily lives. The best thing you can do is wash your hands”. He later boasted of having shaken hands with covid patients (and caught covid). In early March, he dismissed evidence from Italy about covid’s rapid spread in public gathering, and attended a rugby international – thereby justifying the Cheltenham race meeting.

Johnson is a paradoxical bully who is weak. He courts popularity with all, seeking some middle way. So this means trying to please both the medical experts wanting stringent controls and the anti-lockdown libertarians. But he can’t trade off loss of liberty and virus boom. We can’t have our cake and eat it.

His government’s record on the pandemic is lamentable. There was a lack of appropriate and sufficient PPE initially and useless privatised test and trace system. He locked the UK down too late and half-heartedly three times at least. The temporary cut from two metres to one for social distancing brought good news headlines but increased covid transmission for minuscule gain. Too little too late.

Some people think that there is some optimal point on a trade-off curve between loss of liberty and virus boom, where we can have our cake and eat it. But no optimal point exists, because no trade-off exists. What is needed is a ruthlessly single-minded focus on squeezing covid infection down to a manageable very low, irreducible minimum.

The libertarians in cabinet and on the backbenches prevail. Rishi Sunak and Michael Gove lead the charge for minimising limitations of freedoms; and led by Steve Baker 70 Conservative backbenchers set up the Covid Recovery Group that includes Sir Desmond Swayne, the MP for the New Forest. In a TV interview in December 2020, he called for healthcare and scientific experts to be “put in their place”.

Graham Brady, chair of the Tory backbench 1922 Committee, told the Commons last October that: “If these kinds of measures were being taken in any totalitarian country around the world, we would be denouncing it as a form of evil and here the removal of people’s fundamental liberties is going almost without comment”.

While the majority of scientists and medics push for tougher action, there are heterodox professionals insisting on a laissez-faire approach, even endorsing herd immunity. The libertarian case against lockdowns was boosted in October 2020 with the ‘Great Barrington Declaration’ arguing that people should be allowed to resume their “normal lives” and “choose as individuals the risks, activities and restrictions they prefer”. The Declaration was bankrolled by the American Institute for Economic Research, “a libertarian think tank … associated with climate change denial”. The World Health Organization and the scientific community generally dismissed it as “dangerous, unethical and lacking a sound scientific basis”.

The classic statement on ‘liberty’ comes from 19th century philosopher JS Mill. His liberty principle (also known as the harm principle) is the idea that each individual has the right to act as he or she wants, as long as these actions do not harm others, so we limit our own liberty for the common good. As a community, we accept restrictions that we wouldn’t normally accept, because these times are far from normal. German Chancellor Angela Merkel rebuffed right-wing critics of restrictions, stating: “Freedom is not every man for himself, it is responsibility – for oneself, for one’s family, for the workplace. It shows us we are part of a whole”.

So who do we blame? A recent YouGov poll found that only 28 per cent of the public blamed the government for policy failings, and 58 percent blamed themselves. Why? Our print and other media distort the facts. A further survey of 70,000 people by University College London found that 96 percent had followed ‘most or all the rules’ of lockdown; 86 percent endorsed the latest lockdown and 77 percent think it should have been imposed sooner. The columnist John Harris:

“Most of the public are stoic rather than impatient and possessed of a calm and a sense of duty the government has long since mislaid”. Whereas Will Hutton, said that laissez-faire individualism “can never be the organising principle of the good society. Thatcherism, still the cherished creed of the Tory Party, is wholly wrong”.

Eurocrat smack down misses the point: the political situation in Northern Ireland is not just a diplomatic spat