Let’s do away with food banks

John Cole questions why we have foodbanks in such a prosperous society, and how austerity led to divisions in this country. 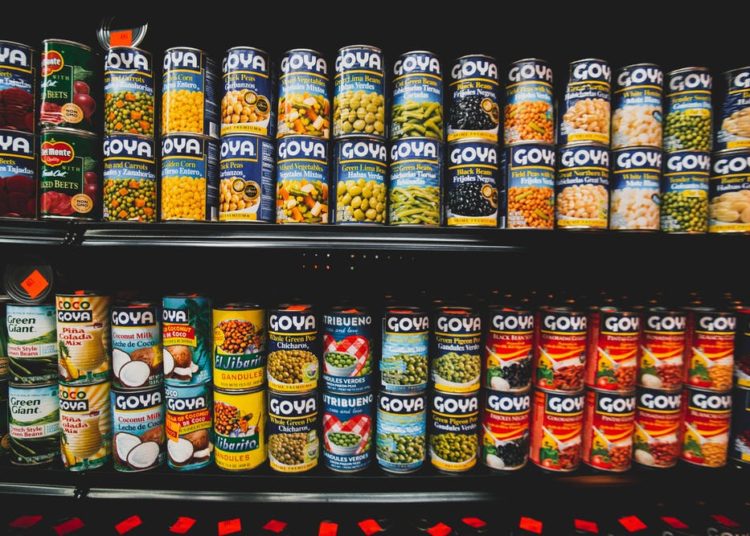 Marcus Rashford has done a superb job in ensuring that schoolchildren are fed during school holidays and lockdown periods. In the absence of these efforts, hungry children would be even more common than they are. The question is though – should we be looking to extend the food bank networks, perhaps guaranteeing their funding from government sources? Or should we be looking to eradicate ALL poverty, full stop? Those who run food banks would be delighted if universal rising real incomes made them unnecessary.

Even before the covid pandemic struck, food poverty had risen up the news and hence political, agenda. In Britain in 2009, the Trussell Trust was operating 30 food banks. Today, the total number is 2,100, with the Trussell Trust operating over half. The number of food parcels handed out by the Trust had increased by 74 percent in the last five years and in the year ending March 2020, 1.9 million packages were delivered.

Professor Philip Alston is an internationally respected human rights lawyer who was until recently the UN special rapporteur on extreme poverty and human rights. In 2018, he chose to come to the UK “primarily because it was a laboratory for neoliberal approaches to welfare”. He spent long hours over 12 days speaking not just to government ministers but to charitable organisations and individuals at the sharp end. His conclusion was that the neoliberal experiment had failed – and failed badly: “The food bank is the perfect indicator of failed government policies”.

According to Alston, about 14 million people, a fifth of the UK population, live in poverty and 1.5 million are destitute, being unable to afford basic essentials – figures provided by the Institute for Fiscal Studies and the Joseph Rowntree Foundation. Destitution had virtually disappeared from these islands 20 years ago, but has now made a comeback. Professor Suzanne Fitzpatrick and her colleagues of Heriot-Watt University have developed their own definition of destitution, based on publicly agreed minimum levels of income needed for “basic physiological functioning”. For a single person living alone, that is £70 a week after rent for food, heat, light, clothing and footwear, and toiletries like soap and toothpaste. The numbers falling under this standard are growing.

Causes of the growth of extreme poverty are mixed, and start with low wages at the bottom end of the workforce. The waning of trade unions in the UK has been part of the growth of the so-called ‘flexible labour market’ beloved of neoliberal economists. Not only are wages low but there is insecurity of employment – see the gig economy, whereby you receive no steady wage but are paid, for example, by the number of pizzas you deliver. This has now given rise to ‘the precariat’. Some 70 percent of those in receipt of government welfare benefits have an adult in work within the household – a telling indictment of low wages.

A further and significant cause of poverty has been the impact of tax and benefit changes since 2010 – a period of austerity in government fiscal policy. A decade of austerity cuts shrank the social security system, leaving it at bare subsistence levels with the benefits bill down by £37bn. Local government finance too was heavily hit by austerity with, on average, central government funding to councils being reduced by 50 percent. And the latter cuts here were highly regressive – with the ten poorest authorities in the country suffering funding reductions 18 times higher than the ten wealthiest.

Fig 4.1 shows the impact of tax and benefit changes  2010 onwards. Note in particular the black line that shows the total impact of changes. We can see that the second-poorest decile suffers the biggest loss of income (over £2,000) whilst the second  and third deciles from the top end up being better off.

The reforms can be described as regressive, because they take proportionately more from the poor compared with the rich. Across the income distribution chart, it can be seen that households in the bottom two deciles lost 9–10 percent of their net income on average as a result of tax and benefit changes, whereas households in the top decile lost less than 0.1 percent on average.

Breaking the results down by demographic type shows that households with children are the largest losers from the reforms. In particular, lone parents lose an average of £5,250 – almost one-fifth of their total net income. Couples with children lose £3,000 per year on average. Households with three or more children see particularly large losses of around £5,600.

Not all groups have been hit equally hard by these changes. Women suffer disproportionately more – partly because single-parent households with children are usually headed by the mother. Hence, Professor Alston tartly comments, “If you got a group of misogynists in a room and said how can we make this system work for men and not for women they would not have come up with too many ideas that are not already in place”. Similarly, most ethnic minority groups come off badly from these reforms. The biggest losers are Bangladeshi households (losing on average £4,400) followed by Pakistani households on £2,700. (We can note in passing that these two ethnic minority communities also suffer disproportionately from the Covid pandemic).

Commentators have been quick to slate universal credit – once touted as the Conservatives’ flagship reform of welfare. To take just two points – it defies justice that people whose claim has been approved should be obliged to wait for five weeks before the first payment arrives. If a loan has been taken out to cover the five-week shortfall, the subsequent repayment means that of every new £1 earned 63p goes back to the government. (When did the top income earners in the UK last face a marginal tax rate of 63 percent?)

Secondly, whilst receiving payment, recipients are obliged to go online and job search. In Alston’s words, “I think breaking rocks has some similarity to the 35 hours of job search for people who have been out of work for months or years … They have to go through the motions but it is completely useless”. Those readers who have watched Ken Loach’s film ‘I Daniel Blake’ will require no further details.

This is clearly a situation that is totally unacceptable to any reader with an active social conscience. What to do about it? To bullet point a few immediate suggestions:

The above will come at a cost. Can we afford it? The answer is that if we are to maintain reasonable social cohesion, we cannot afford not to. The UK is a relatively under-taxed society, with 33 percent of gross domestic product (GDP) going to the government in taxation (2019) – a figure that is lower than the OECD average and significantly less than France (45 percent) Italy (42 percent) and Finland (42 percent). A survey in 2016 to find the nation with the most contented populace discovered the happiest nation was Denmark – which at 46 percent pays the highest proportion of GDP in taxes. And there is always scope to improve the UK tax system by making it more progressive and shifting some of the heavy lifting on to taxation of wealth (including that salted away in overseas tax havens) and land.

Austerity has a lot to answer for and we may note that the two leading protagonists were David Cameron and George Osborne (both dismissed by a third Conservative MP Nadine Dorries as “two arrogant posh boys who don’t know the price of milk”). We may reflect also that if Cameron and Osborne had wished to engineer a victory for Leave in the 2016 referendum they could hardly have done better than institute five years of austerity and then themselves take on the leadership of the Remain campaign. Their austerity created a constituency only too keen to give them “a kick in the pants”. The sad irony is that leaving the EU will only worsen the financial plight of the country’s chronic poor.