According to Boris Johnson we were as much clapping for “our innovators, our wealth creators, our capitalists and financiers” as much as we were clapping for the frontline NHS staff. 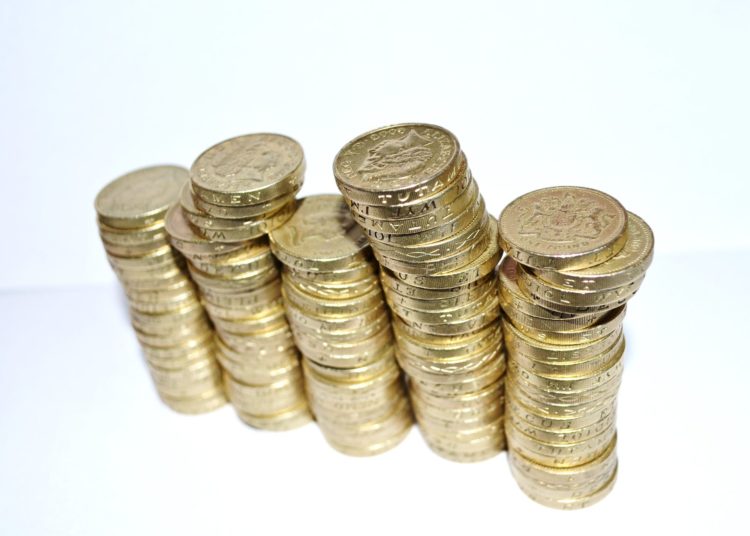 Cast your minds back two months, to a time when every Thursday evening you would step out your front door or lean out of your window and join your neighbours in clapping for the “wealth creators” of Britain.

Having never really emerged from a decade of austerity, the UK looks to be facing the worst economic crash since the measurement of GDP (gross domestic product) began. Questions about where the burden of this depression will once again fall are already being raised. It seems as though Johnson is making an early bid to exempt a certain class of people from this burden.

Johnson followed his clapping claim by stating that he is not seeking to launch “some punitive raid on the wealth creators” as a means to mitigate the devastating impact of the coronavirus pandemic. But who actually are the wealth creators?

The idea that bankers and other capitalists are wealth creators is an incredibly useful one for those in power … in other words, the bankers and capitalists. Time and time again this notion has justified bank bailouts, such as during the 2007/08 financial crisis, and in more ‘normal’ times it is used to justify the eye-watering sums of money paid to those high up in the financial sector. This idea however is completely detached from reality.

Let’s look at the financiers Johnson praises so highly. A study from 2009 by the New Economics Foundations stated that, “While collecting salaries of between £500,000 and £10 million, leading City bankers destroy £7 of social value for every pound in value they generate.” In other words, these bankers who brought economies around the globe to collapse just a decade ago are not only unproductive, but destructive. They have a net negative impact on our economy – far from wealth creators, they are wealth-destroyers.

Now if we turn our attention to hospital cleaners. At this moment in time this is an extremely high-risk job, and often for only £9.26 an hour. The same study claimed that, “for every £1 they are paid, over £10 in social value is generated.” This contrast between high-paying jobs being destructive and low-paid (often largely underappreciated) jobs being highly valuable to society is a common theme throughout the report, and it seeks to dispel the myth that high pay represents value to society.

The pandemic has done a better job than anything at highlighting the true wealth and value creators, the people without whom the country would simply stop running. We don’t need to look up to often exploitative and tax-dodging executives and bankers, when it was the hospital cleaners, the nurses, the postal men and women, the factory workers, the fruit pickers flown in on chartered planes from Romania, who kept the country running.

We weren’t clapping “capitalists” every Thursday night, we were clapping the critical workers, we were clapping the NHS – the biggest employer in the whole of Europe with 1.5 million employees,  an institution that keeps us healthy and keeps workers and our economy healthy. This is a true example of a wealth creator.

It’s so important that right now we have a public discussion on not just what and who we value – for the clapping at least signalled the kind of people we value as a society – but how we should reward these people. More than symbols we need to put our money where our mouth is and actually reward that which is most valuable to our society.

In the coming years we can basically take two paths. With the first path, we face an even harsher austerity, where yet again the poorest in society, those often working the most socially valuable jobs, face the largest burdens of the recession. There will be job losses for the working class and tax rises for the low and middle-income earners, while the upper classes remain untouched and maybe even offered tax cuts and bonuses just like after 2008. All of which hinges on the belief that the rich must be kept rich because they deserve it, after all they create wealth for the rest of us, right?

Or with the second path, we can reevaluate how wealth operates, and what it actually means to create wealth. In its most simple terms, wealth is created from the surplus value of workers. When a worker produces more value than they are paid, they create value and in turn, wealth. ‘Wealth’ as we currently know it though, is supposedly created when you pay certain people exceedingly high wages, and make up for it by extracting as much surplus value as possible off the backs of the working class.

We can decide now that we don’t want to face this crisis in the old, unfair and inefficient way. Wealth should no longer be hoarded by the minority, where it stays in savings accounts and off-shore tax havens. If we want to create wealth in any socially valuable way, and in a way that avoids some extremely hard times ahead for the majority of working people in Britain, then we need to move to a system that spreads wealth more evenly, one which rewards genuine hard work.

The New Economic Foundation report back in 2009 suggests that one way to begin tackling this problem is to set maximum wages, a policy in fact suggested by then Labour leader Jeremy Corbyn in the run up to the 2017 General Election. By doing so, and depending on the exact details of the legislation, it would force executives to distribute pay more evenly throughout their companies, rather than claiming huge salaries for themselves.

Perhaps more importantly than this, and the situation Boris Johnson is most keen to avoid, is a much fairer taxation system. As mentioned in the same report, “the rich pay proportionately less tax than the poor, and many of our tax streams such as council tax and VAT are highly regressive.” It’s high time that this was fixed, that the rich – those who often make money off the surplus value of others, who use public infrastructure, benefit both individually from public education and the public education and health of their employees – gave back proportionally to the system that gives them their wealth.

If the prime minister wants to help the wealth creators of Britain, then he need look no further than the working class of this country. We must move away from the myth that wealth is created by individual wealthy people and companies. Instead it is made by the many working people ‘below’ these individuals, and in these companies. Once this public shift in perception has taken place we can begin to build a fairer and more efficient economy coming out of this crisis, one where the benefits of wealth are shared amongst us all.