The first past the post (FPTP) system currently used in Westminster and local council elections in England is profoundly undemocratic and the calls for it to be reformed and updated are growing louder and louder by the day. 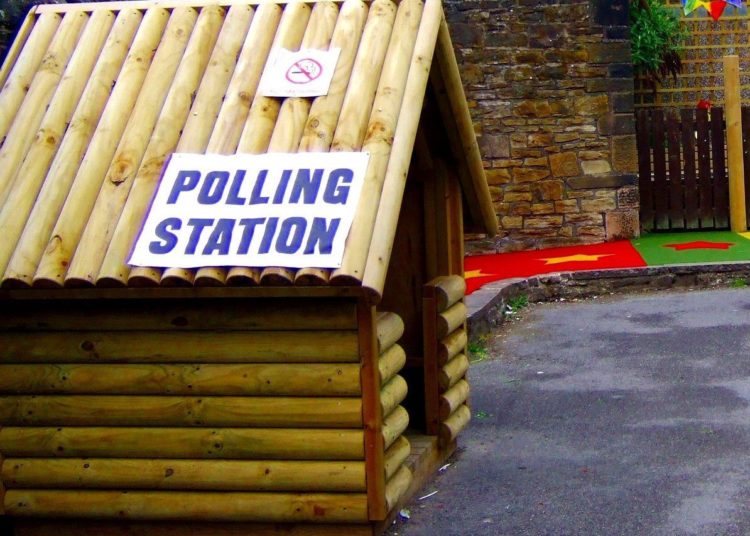 Pixie Polling Station by spratmackrel is licensed under CC BY-SA 2.0

The UK’s voting system, like many other elements of its democracy, is stuck well and truly in the past. The first past the post (FPTP) system currently used in Westminster and local council elections in England is profoundly undemocratic and the calls for it to be reformed and updated are growing louder and louder by the day.

The system has an inherent right-wing bias and supports a two-party system that shuts out smaller parties and independent candidates, thus forcing voters to ‘vote tactically’, often for the least-worst choice. It also results in safe constituencies where the vast majority of people’s votes simply don’t count and their views are ignored. Most other so-called ‘advanced democracies’ moved to proportional voting systems long ago, in fact, the UK and Belarus are the only remaining countries in Europe using FPTP and neither can be held up as a shining example of true representative democracy.

The British people are well and truly sick of their votes not counting and their political views not being represented. This is reflected in the abysmal turnout for general elections in the UK compared with other countries – only 67.3 percent of the electorate bothered to vote in the 2019 general election, compared with 79.8 percent in New Zealand’s 2017 election for example. And why would they? For people who live in safe seats or in a constituency where their preferred party has no chance of winning, they may as well save the shoe leather; their vote will be ignored. This kind of voter apathy is not healthy in a modern democracy and plays right in to the hands of the populists who seek to subvert our democracy for their own personal gain.

But fair votes are a very real possibility in the UK and there is an ever-growing appetite for a proportional voting system. This was demonstrated on Saturday 22 August, as activists from every corner of the country turned out for a day of action organised by Make Votes Matter, the nationwide campaign for a shift to proportional representation (PR) in Westminster elections. I was involved in organising the action in my resident Leeds, where people from all different parties and political persuasions took pictures of themselves holding posters and banners featuring Make Votes Matter messaging, which were shared all over social media alongside the hashtag #DemandDemocracy.

Leeds’ Westminster representatives don’t come close to representing the diversity of people and breadth of viewpoints in the city, and people have had enough of being ignored. Take the Morley and Outwood constituency for example, that falls within the jurisdiction of both Leeds and Wakefield councils, both of which are Labour run. The constituency contains five wards, held by nine Labour councillors and only one Conservative, and yet it has a Conservative MP. A total of 22,506 people’s votes were ignored in the constituency in 2019, and a third of eligible voters didn’t even bother exercising this democratic right. No wonder the people of Leeds are angry. It is, however, heartening to see that so many people, in Leeds and all over the country, are so keen to make their voices heard and demand a fair voting system, even during the very uncertain times in which we find ourselves.

But how do we get there? All of the smaller UK political parties, such as the Lib Dems, the Green Party, the SNP and Plaid Cymru, are in favour of a fair voting system and have been for a long time. The difficult bit will be persuading one of the two big parties to back PR. The Conservatives will not call for changes to a system that in December last year allowed them to win an 80-seat majority and therefore 100 percent of the power on just under 44 percent of the popular vote (yes, that’s how FPTP works), so it’s Labour that needs convincing.

Or, more accurately, it’s the Labour leadership that needs convincing. Labour is a pro-PR party and has been for some time. A recent survey by LabourList showed that a whopping 75 percent of Labour members wanted PR for all UK elections, a figure that is backed up by similar YouGov polling from December that revealed 76 percent of members backed the shift. As well as this, 60 percent of responses to Labour’s policy consultation were from members asking the party to officially back PR. So the appetite is there with the members, but the leaders are still dragging their feet.

Under Keir Starmer, it seems the party is still holding out hope of winning an outright majority with FPTP in 2024. But, unless Labour wins back a huge amount of seats from the SNP in Scotland, where they are becoming more pro-independence by the day, it is incredibly unlikely the party will perform much better than in 2019, even as the gap closes between themselves and the Tories in the polls. Labour leaders must also realise that they can and should work with the other opposition parties to oust the Tories and bring our voting system in to the 21st century, for the good of their own party and, more importantly, for the good of our democracy.

With a growing number of pro-PR Labour MPs such as Clive Lewis and Alex Sobel bringing the issue to the fore, together with pressure from the membership and gradually increasing enthusiasm from the trade unions (who have a big influence on the party), the ball is well and truly rolling, but we have to ensure it maintains its momentum so that Labour will see sense and join the fight for a truly democratic, representative, grown-up democracy. A democracy that works for the people rather than the childish pseudo-democracy we currently have to endure.

We might be nearly the last country past the post to introduce fair votes, but at least we are, slowly but surely, heading towards the finish line.