Reviewing the chances of Labour returning to power

What do recent election results tell us about Labour’s chances of returning to power? This article, the first in a two-part series, will focus on the first of those categories: audience. Who does Labour need to reach out to? Which parts of the British electorate should be prioritised? 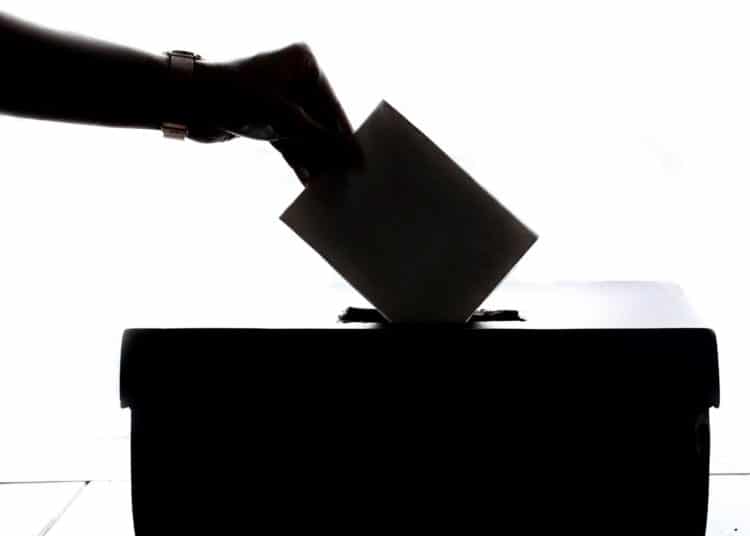 Photo by Element5 Digital on Unsplash

This article, the first in a two-part series, will focus on the first of those categories: audience. Who does Labour need to reach out to? Which parts of the British electorate should be prioritised?

Political commentators have devoted a huge number of column inches over the past few months to the reasons behind Labour’s defeat in May’s Hartlepool by-election and its narrow victory a month later in Batley and Spen, and what those results mean for Labour’s chances of winning the next general election and returning to power after over a decade in opposition.

Many of the commentaries, especially those written by people on the left, fell along predictably tribal lines. Others seemed to be based on a rather patronising, Westminster-centric, imagining of ‘the North’ and the ‘working classes’.

Yet amongst the chaff there were undoubtedly a few grains of wheat, and between them those analyses offer a fascinating diagnosis of where the Labour Party stands today, and – potentially – an invaluable contribution to a much-needed strategic rethink, in the party, about where Labour goes from here, and how it can win elections and return to power.

To identify those grains, it is perhaps useful to divide what commentators have said into two categories (following the model used by communications consultants when devising new political strategies): audience and message (narrative and policy).

Brexit and the remaking of British democracy

Jonathan Freedland, in a recent article in the Guardian argued, “a realignment is under way in British politics, and it is killing Labour”. The Tories’ crushing win in Hartlepool, he noted, along with gains in English council seats that were once painted deepest red, is proof that Boris Johnson’s 2019 victory was no one-off, no aberration.

Put simply, working people in towns across England who once saw voting Labour as a defining part of their identity are now voting Conservative – and they are doing so in big numbers.

Electoral mathematics mean Labour simply cannot win a general election and thus re-enter government without these so-called ‘red wall’ seats. As Freedland explains, the Labour Party “cannot survive as a potential party of government by relying solely on those who are young, live in a city, have a university degree or are from an ethnic minority: there are just not enough of them”.

Labour also needs the votes of the many millions of others still broadly defined as working class. Despite the party’s name, just over 75 percent of the membership live in London and the South. Freedland quotes one MP as admitting, “there is a canyon between us and the working class”.

It is true that there were some, hopefully one-off, particularities influencing the Hartlepool result, such as the vaccine bounce enjoyed by the government. But the surge in support for the Conservatives and the decline in support for Labour reflect far a more fundamental change. That change is both long-term and complex yet can be best understood through the prism of one word: Brexit.

Just as voting ‘yes’ to independence in 2014 broke the taboo on defying Labour for many voters in Scotland, allowing them to back the SNP a year later, so Brexit smashed that same psychological barrier for traditional Labour voters in England, acting as the gateway to supporting the Tories for the first time.

But Brexit itself was more symptom than cause – a function of the culture gap between Labour and the people it once reflexively represented, a gap that has been growing wider for years. Put aside the specific question of leaving the EU. Labour now stands for what can be easily caricatured as ‘remain values’ (urban, progressive, outward looking), the Tories increasingly represent ‘leave values’ (traditional, socially-conservative, patriotic, and distrustful of globalisation).

There are far more leave-minded seats than remain ones. What is more, while the Conservatives have the ‘leave’ brand all to themselves, Labour must fight for the smaller ‘remain’ franchise with the Liberal Democrats, Greens, and the nationalist parties.

Ian Dunt, writing in the i newspaper, agrees that the Hartlepool by-election results shows us that “the culture war is here to stay”. British politics, he suggests, is unrecognisable, dangerous, and more a question of “who you are instead of what you want”.

The knee-jerk reaction of Keir Starmer in the aftermath of the Hartlepool defeat, undoubtedly with the above electoral mathematics at the forefront of his mind, was to talk incessantly about the need to listen to those voters in the North who have deserted Labour, and to focus all the party’s efforts on winning back the red wall. Even old Blairites like Peter Mandelson spoke, in the aftermath of Hartlepool, about embracing “Brexit values” (leave values).

First, yes, Labour needs to reach out to its former voters in the red wall to better understand their views and concerns (though surely, we already know the answer?). But it would be a catastrophic mistake for the party to do so exclusively and obsessively. If Labour is to re-enter government, it needs to reach out and appeal to all parts of the UK (geographically, economically, socially, and culturally).

Only a broad-based coalition of voters can return Labour to Number 10 – as, indeed, happened in 1997. The danger with focusing myopically on red wall voters, is that other key voter constituencies, whether already Labour-leaning (for example, urban voters, university-educated voters), or potentially Labour-learning (for example, farmers and fishers upset with Brexit, or traditional Tory voters in the shires unhappy with the government’s growing illiberalism), will not be won over to Labour.

This stark truth is compounded by the fact that by focusing, obsessively and exclusively, on winning back its former heartlands, Labour is, by definition, pursuing a defensive strategy. As the main opposition party, Labour should instead pursue an offensive strategy – one that speaks to all parts of the UK with a positive and progressive offer.

Another commentator, John Harris, looked beyond Hartlepool for more evidence of the moving tectonic plates of British democracy.

In particular, he looked at recent local election results in the Greater Manchester area. Harris described the Conservatives’ loss of the borough of Trafford, a traditional ‘island of blue in a sea of red’, to Labour (which gained four seats) as a “small earthquake”. Perhaps even more tremulous, he noted, was the victory of two Green party candidates in the affluent and traditionally Thatcherite suburb of Altrincham, the constituency of influential Tory backbencher Graham Brady.

Harris explained that despite David Cameron and George Oborne’s attempts to emphasise diversity and liberal values in places like Altrincham, the EU referendum result and Johnson’s promotion of ‘leave values’ has alienated many former Tory voters, including those in the former ‘blue island’ of Trafford.

You do not have to look hard for further evidence of this political shift. With the exception of Southport, the more affluent towns and suburbs of Merseyside are all now Labour-held. In Birmingham, leafy Edgbaston was a Tory target seat in 2010, but is still held by Labour, with a bigger majority than the one it got in 1997. The Tories recently lost Bristol North West, as the Labour vote jumped 16 points.

According to Harris, the Conservatives have, since last June, lost 29 percent of local council seats in by-elections. The main factor at play in all this, he argues, is probably bound-up with levels of voters’ education. He cites the work of Paula Surridge, a political sociologist from Bristol University, who has shown that in areas of concentrated degree-educated people, the Tories are losing support. Higher education, she says, has always been a means of socialising people into liberal, progressive values.

Another important cause seems to be greater levels of diversity in these formerly predominantly white towns. As Harris notes, the illiberal, parochial brand of Conservatism pushed by Theresa May and now Johnson is a strong ‘turn off’ to this new generation of residents. The Windrush scandal, for example, has been “ballot-box poison in the places the Tories are losing, though there are few signs of enough senior Conservatives realising it”.

The Chesham and Amersham by-election

The recent Chesham and Amersham by-election offers yet more proof of these shifting electoral tectonics. Again, there were local issues that played in the Liberal Democrats favour, such as anger over planning laws and HS2. However, those who visited at the time reported a clear sense that previous Conservative voters are being increasingly turned off by the government’s pursuit of northern leave voters and by the leave values that it now so frequently espouses.

Labour’s poor showing in Chesham and Amersham, while partly due to tactical voting in favour of the Liberal Democrats’ candidate, was likely also partly a result its perceived swing towards leave values and leave constituencies (see graph). This point should concern Labour strategists just as much as its defeat in Hartlepool.

Second, the risk of alienating other important voter groups will only be magnified should Labour listen to red wall voters and conclude that it needs to flex towards the full array of leave values. Labour leaders can and should embrace the national flag, express pride in the country’s achievements, and share warm words about the armed forces.

However, other dimensions of the culture war, manufactured by Tory/leave strategists – such as nationalism; anti-immigrant, xenophobic, Europhobic and racist sentiment; grievance politics; historical revisionism – are all alien to Labour’s traditional values and must never be ‘embraced.’

It is also unnecessary. Many working-class voters have been seduced by Tory lies and disinformation into believing that their problems have been caused, for example, by ‘Brussels’ or by ‘migrants’ and that everything will be better once they ‘take back control’. But that does not mean all such voters are inherently racist or xenophobic.

To win them back, Labour should not, therefore, aim to embrace or replicate a Tory-lite position in this culture war, but rather offer an alternative, positive and forward-looking vision.

Once working-class voters become disillusioned by the failure of Johnson to make good on his promise to ‘give them back control’ or ‘level up’, which, as Matthew Parris has argued, they surely will, Labour will be well placed to win them back.