It seems that Labour is finally getting its act together on holding the government’s feet to the fire over Brexit, after what has appeared like a few months of sidestepping the issue. 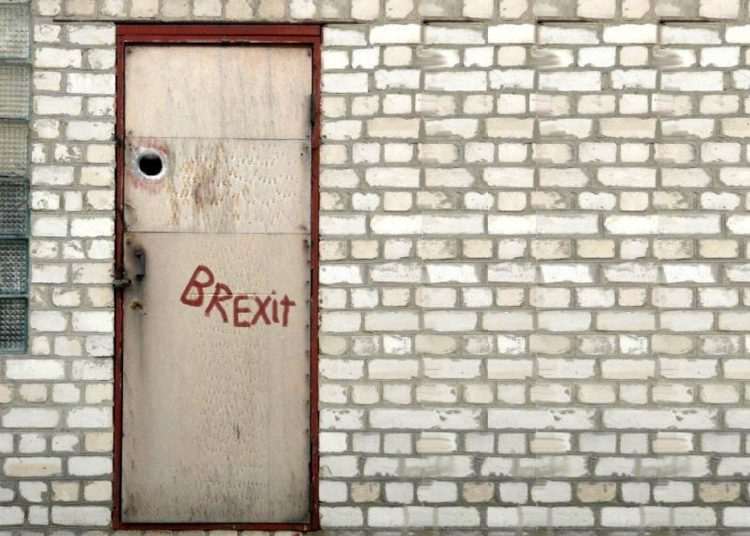 “Brexit the movie” by dragoku is marked with CC PDM 1.0

It seems that Labour is finally getting its act together on holding the government’s feet to the fire over Brexit, after what has appeared like a few months of sidestepping the issue.

Yesterday, according to Labour List, the opposition party ran three sessions at its spring business forum. Frontbench hosts Rachel Reeves (MP for Leeds West and shadow chancellor of the Duchy of Lancaster) and Jack Dromey (MP for Birmingham Erdington) – both shadow Cabinet Office ministers – listened to businesses share their experiences of Brexit.

Dromey and Lucy Powell, from Labour’s business team, have now written to Labour MPs to give them case studies of “post-Brexit challenges or opportunities for businesses and workers”, said Labour List.

The letter explained that whilst Labour had voted for the government’s Brexit deal (because it was better than no deal), the party had also said it would hold the government to account for the thin deal that had been reached.

In a sign that the opposition is now starting to ramp up pressure on the deal, in particular looking at the impact on UK businesses, the letter finished by inviting MPs to submit case studies to Dromey’s office, saying:

“Alongside this ongoing work at a national level, we would therefore welcome your support in identifying examples from your local area of the post-Brexit challenges or opportunities for businesses and workers. Powerful case studies will be crucial towards holding the government to account for the damage they have inflicted on the economy or their failure to enable British businesses to reach their full potential.”

For those who have spent the last few months trying to articulate the damage that Brexit is wreaking across the country – and remember this is not just about trade and business – this is indeed welcome news. It may also go some way to assuaging the criticism from within the party itself.

Toby Helm from the Observer wrote only last month about the disquiet on the backbenches over Starmer’s decision to play schtum over Brexit. Helm quoted former Europe minister Peter Hain as saying of the party’s position on Brexit: “It’s not sustainable to ignore this elephant in the room hurting British businesses, our vital performing arts sector, our security and our foreign policy reach. The Tories delivered a last-minute mess of a Brexit with damaging consequences, not least to stability on the island of Ireland.”

A week earlier, Helm had written of Labour’s virtual radio silence. This silence was despite hauliers reporting massive falls in trade volumes to the EU and half of 470 UK exporters telling the British Chambers of Commerce in a survey that they are facing real problems.

That radio silence has had consequences. Paul Blomfield quit his post as shadow Brexit minister, although he has been diplomatic in giving his reasons why. He has not, to date, been replaced. And many Labour Party members have found the recent approach unfathomable – Mike Buckley for one articulating what many felt.

Of course, it may all have been part of a longer game plan by Starmer. Let the dust settle after leaving on 1 January, whilst quietly amassing the evidence and taking stock of the fallout. But Starmer still seems to believe that the loss of the so-called red-wall seats to the Conservatives in 2019 was down to Labour Brexit supporters switching to the Tories.

Those who went door knocking in those red-wall seats (and I was one) will tell a different story. Sure Brexit was there, but so was Corbyn – and so was the fickleness of voters. But circumstances change. And those red-wall seats will come out of the pandemic as very different places, with different priorities. Labour should not be frit when it comes to mentioning the government’s record on Brexit in these seats – or anywhere else, for that matter.

So Labour now has some catching up to do.

In his response to the budget last week, Starmer said Britain’s manufacturers “now face more red-tape when they were promised less”. Over the weekend Reeves called on the Office for Budget Responsibility to produce an economic impact assessment of the deal.

On 10 April we will mark the first hundred days of the Brexit deal. Those first hundred days here at Yorkshire Bylines – and across the Bylines Network – will have been peppered with articles that have been holding the government’s feet to the fire, on Brexit, the pandemic response and a host of other things. In particular, Anthony Robinson has developed the Digby Jones Index, an audit of jobs lost due to Brexit, and the Davis Downside Dossier listing the upside and downsides of Brexit. We shall no doubt be making something of those first hundred days.

So, in the run up to the Glorious 10th there will no doubt be more of the same – the way this government has handled Brexit is a gift that just keeps on giving. It is welcome news that Labour is now upping its game in exposing the extent of the mess of this thin Brexit deal that Johnson has given us. The elusive sunny uplands must be out there somewhere and the more out looking the better.

One year on and three steps backwards: Covid-19 and the NHS revisited (part 2)