Jimmy Andrex looks at what the last year has meant for the Labour Party, through the lens of the 5 stages of grief. The question is, which stage has the party reached? 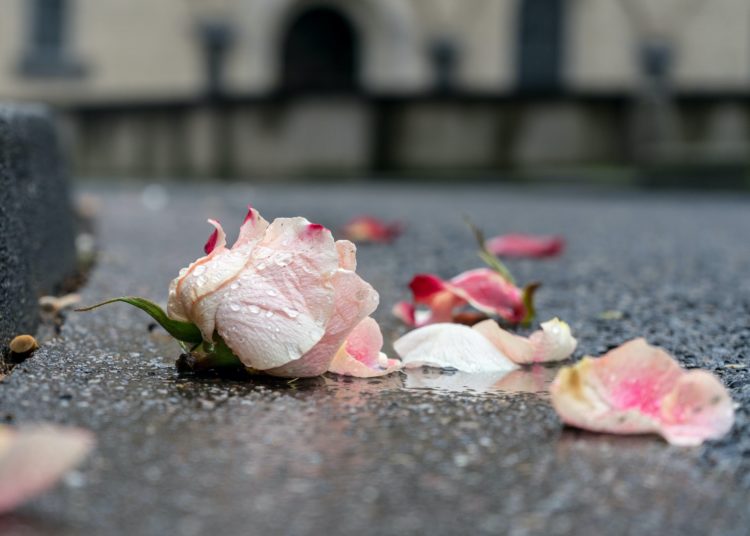 Photo by Ian Taylor on Unsplash

The year 2019 wasn’t just a lost election; it was a mass defeat trauma, like Don Fox missing THAT kick in the 1968 Watersplash Final. I mean, Labour, led by a man we’d been led to believe was a latter-day saint, had lost to BORIS JOHNSON, a blustering priapic fatberg.

The symptoms of psychiatric harm were plain to see. Let’s face it, as soon as your enemy gets you to use their first name or nickname, they’ve got control of your mind.

So, after a shock like that, it was inevitable that the movement should enter a grief process. The categorisation of grief into five stages was first popularised in 1963 by Swiss psychiatrist Elisabeth Kubler Ross, in her book ‘On death and dying’. She proposed that grief, or indeed any great change or trauma, went through a process:

Any shock can trigger this process. In Labour’s case, the aggravating factor had been the sudden rise of Jeremy Corbyn from righteous political bore who voted against things that weren’t ‘true socialism’ (with the luxury of a 130-seat Labour majority), to a messiah figure who was going to dismantle capitalism.

Now, this writer would like to be clear: when he was elected leader, I thought it was a necessary thing. Being Tory-lite was never going to work on any level, and austerity had to be challenged. However, a man who’d never been in charge of anything or anyone, ever, didn’t strike me as the obvious choice to lead a major party and, ultimately, the country. Come to that, it had been at least 40-odd years since he’d had any job other than being the MP of a safe seat, so it wasn’t clear how he was any different to Ed Miliband, Nick Clegg or David Cameron in that respect.

My feeling was that he’d got no chance in 2020, but the change in direction might work for 2025. And he’s clearly a man of principles with his heart in the right place. I joined the party on the strength of it, though I realised the personality cult around him was bound to end badly.

In short, at the time it seemed the right thing to do from a limited range of options.

Fast forward to December 2019 and it clearly wasn’t. What had become clear was that Corbyn is a man who sticks to his principles, so long as they’re clear-cut choices of the Goodie vs Baddie variety. In the referendum, as a lifelong Lexit man, he was non-existent. As far as the ‘man in the street’ could tell, Corbyn was on the same side as Nigel Farage. In a simple binary choice, arguing that you’re against someone because they agree with you, but for the wrong reasons, needs a level of sophistication that’s never going to get you mass support.

During the 2019 election, it got worse. As an activist knocking on doors, I couldn’t explain his position on Brexit, which seemed to change several times during the campaign. All he had to do was change his mind on something, but occupying his own moral high ground had become a habit he couldn’t break, even if it meant losing.

This all brings us on to the first stage of grief:

2017 should have given us a clue. Just to be clear, Labour lost that election. I say this, because I’ve met activists who view not-losing-quite-as-badly-as-you-feared as some sort of victory. Incredibly, after the 2019 election Corbyn claimed to have “won the argument”. Quite how going from a hung parliament propped up by the DUP to an 80-seat majority constitutes the Tories being “out-argued” I’m at a loss. I presume JC can count.

At local branch hustings during the leadership election, supporters of the Long-Bailey/Burgon ticket repeatedly took to the mic to shout at us that “MPs who backed Jeremy did better”. Again, not being able to understand data seems a common affliction for the diehards: Jon Trickett, a Corbyn backer, had a much greater swing against him than Mary Creagh, who was never a fan. Trickett kept his seat only by dint of the fact he had a greater majority to start with.

This numerically challenged wing of the party is still much in evidence. Only last week, MP Ian Lavery was on Twitter pointing to “the biggest ever surge in the Labour vote”. The only problem with this stance is that the Conservatives went up even more and it was a high turnout; the political equivalent of being thrashed 11-3 at the Nou Camp.

Diehards can also point to record membership levels, which is true enough. But this doesn’t take account of the fact that he’d been the only leader elected after the three quid membership scheme came in. In any case, it’s no good having record membership if you still get hammered in the polls and never come close to winning, a situation familiar to football supporters in the North East.

In an angry age, there was never going to be any shortage of this. For some reason, there are vast numbers of Labour supporters who are always more comfortable attacking their own side than the Tories, and this has always been the case. Even then, it has been depressing (on to the next stage already?) to witness the levels of hatred aimed at Keir Starmer.

Corbyn diehards seem yo-yo backwards and forwards between anger and denial. In our local party, some WhatsApp messages between Labour staffers in 2017 took on the significance of Hillary Clinton’s emails for Trump supporters. Quite what having some sort of inquiry into people not being keen on their boss would do for people starving on universal credit was never explained.

The nearest I can come to it, is a sincerely held belief that the masses would eventually get so angry that they’d sweep a “True Socialist” to a landslide victory. This seems a mistake to me, for two reasons:

Firstly, angry masses, historically, have tended to go for populist right-wingers rather than left-wingers. Secondly, the idea that, if only it were explained properly, white van man would go for JC every time, is patronising and unrealistic. People who really believe they can dismantle the entire capitalist system, but not get round the Daily Mail, seem destined to live in perpetual disappointment.

According to Kubler-Ross, by bargaining, the person is willing to concede the outcome, but attempts to do so by squeezing a few more moments of “normal” out of the turmoil that pounds on life’s door. The individual is clinging to the threads of hope, however thin and worn the fabric may be. This was much in evidence during leadership election hustings, where the Long-Bailey/Burgon ticket was a popular choice of activists of a more left-wing persuasion.

In my CLP, the argument was often shouted at us that continuing Jezza’s legacy would make the party “more democratic”. This seemed to mean believing that the ability of the CLP to pass motions, (at meetings attended by half a dozen people at most), made any sort of difference to anything ever.

My impression is that people who’ve invested a lot in their idea of what Jeremy Corbyn was, believe that somehow, all they’ve got to do is carry on as if the electorate hadn’t twice said “No thanks”.

Simply attack Starmer for the next four years and he’ll chuck it all in and let Jeremy be leader again, and all those people who stopped voting labour will come to their senses and bring about an unprecedented 140-seat swing, without any help from Scotland. This would mean that voters in North Somerset, seat of J. Rees-Mogg, would vote Labour – if only there were a socialist enough candidate.

For an example of this, check out Thelma Walker, erstwhile Labour MP for Colne Valley, who attacked Keir Starmer last week after the story broke about UNICEF feeding UK kids.

“Where is Starmer? Where is Labour on this?” She tweeted. Respondents pointed out that six hours previously, Angela Rayner had led on this on Twitter (the news broke during PMQs). The same day, Ian Lavery was bemoaning how Rebecca Long-Bailey wasn’t education minister any more, ignoring the fact that the olive branch of a front bench post was only withdrawn from RLB after she retweeted Maxine Peake inaccurately blaming Mossad for something at the height of the antisemitism row.

In short, there’s a large part of the membership who confuse tweeting and posturing with trying to win over people who’ve just voted Tory.

And there we have it. Hold on, you say, I thought there were five stages? You’ve only done three! Indeed.