Kathryn Stone isn't the only woman in the role of parliamentary commissioner for standards to have experienced powerful men breaking rules. 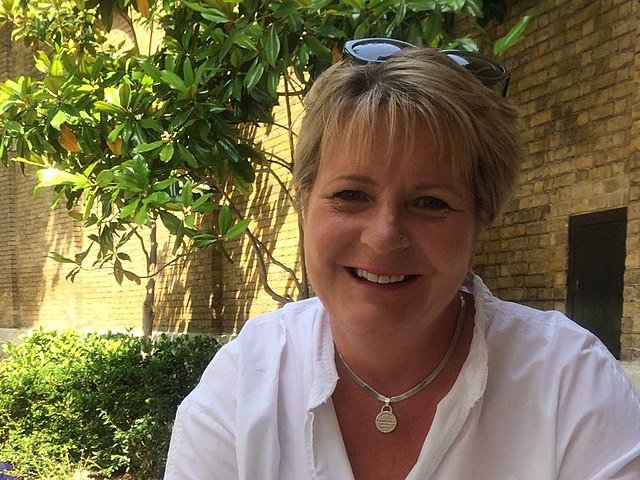 In November 2001 Elizabeth Filkin, the parliamentary commissioner for standards, discovered that there was to be no extension of her three-year contract when she saw her job advertised in The Times. Her defenestration from the post was the culmination of an orchestrated campaign to remove her following her examination of Peter Mandelson’s financial arrangements for his house purchase while a minister in Tony Blair’s government.

The attacks by ministers and MPs on the reputation and character of the current commissioner Kathryn Stone, following her report into Owen Paterson’s wrongdoings, are remarkably similar and reveal a deep-seated antipathy to women judging men’s behaviour. Powerful men do not welcome independent scrutiny and expect their behaviour to be judged by their peers, gentlemen like themselves, and to be judged against the norms to which they subscribe rather than the standards laid down in codes of conduct.

The Commons vote last week to overturn the commissioner’s conclusions about Paterson’s consultancy work has been widely interpreted in the press (for example the Independent and the Guardian) as a clear attempt to undermine Stone, following her criticism of the PM’s holiday in Mustique in 2019 and in advance of enquires about his more recent holiday in Spain. But, it is more than that, and goes far beyond Johnson’s interests. There are many more male MPs (and some female ones) whose identity as a person of integrity, and their understanding of what constitutes ‘good behaviour’, is being challenged.

It is not unusual for Johnson to make it difficult for regulators. Sir Alex Allan resigned as the prime minister’s independent adviser on ministers’ interests when Johnson overruled his conclusion that Priti Patel had broken the ministerial code following bullying claims. He did not need to be sacked. In the ‘gentlemen’s club’ in which both Allan and Johnson operate, what is expected and the consequences of not doing what is expected are understood without clear articulation. When women fail to understand or refuse to respond to the subtle signals, the attacks are more overt.

The case of Elizabeth Filkin, parliamentary commissioner for standards

In Filkin’s case, according to Peter Oborne, in an extract from his book, The Triumph of the Political Class:

“In a move sanctioned by Downing Street, Labour MPs and ministers pressured Elizabeth Filkin into backing down … First, she was approached directly by MPs urging her to soften her style … Peter Mandelson first used ‘smarm and charm’ in order to evade criticism during his investigation. When that failed, Mandelson used menace instead.”

This menace included a “venomous whispering campaign” with suggestions that she was a “mad alcoholic”. The standards and privileges committee “was stuffed with pro-Government stooges who overturned Mrs Filkin’s damning reports … and three MPs on the committee received sudden promotions, meaning that they could not criticise government ministers”.

Oborne maintains that the Blair government was supported in the attack by other parties in order to protect their privileges.

“The Tories and the Liberal Democrats colluded in the use of Parliament to destroy the reputation of a decent woman … the Political Class did not respond by cleaning up its act and punishing wrongdoers. Instead, it turned its fire on the person who investigated the misdemeanours, and tried – very successfully – to cover up their own wrongdoing.”

In the end, Filkin was dispatched without grace. Public appointments of this nature are generally renewed for a further term without open competition to ensure continuity and investment in the work, unless the incumbent has been failing. Advertising her job was a clear indication that she was not going to be appointed by ‘mutual consent’ and, to make reapplication impossible for her, the hours of work and staff support for the role were cut by 25 percent and her remit reduced. 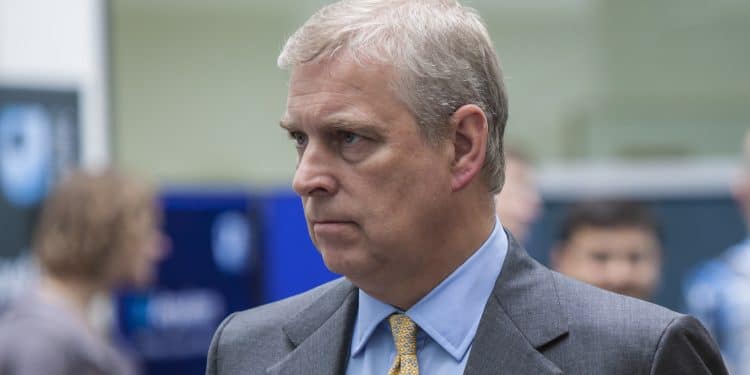 Has Stone likewise been menaced?

As far as we know Stone has not been ‘menaced’, but the attempts to ruin her reputation and pressure her to resign have been significant. On 16 October, the day before the Commons debate, Paterson made a statement to the media. In addition to outlining why he believed he was not guilty and discussing the worry and suicide of his wife over the course of the investigation, he alleged that:

He also alleged that the commissioner extended her remit in interviews with him and would not permit him to make suggestions as to who should be interviewed. He described the process as “tortuous and inadequate” and indicated that he “would not hesitate to act in the same way again”. He went on to blame the commissioner for his distress and his wife’s suicide:

“On a personal level, the cost to me and my three grown-up children from the manner of this investigation has been catastrophic. Last summer, in the midst of the investigation, my wife of 40 years, Rose, took her own life. We will never know definitively what drove her to suicide, but the manner in which this investigation was conducted undoubtedly played a major role.”

He concluded by saying: “I believe that no other MP should ever again be subject to this shockingly inadequate process.” He also called for the Stone to quit. David Davis, in support of his colleague claimed that Stone was “high-handed”, and her investigations “amateurish”.

Stone had no right of reply to these unevidenced and unsupported allegations.

The committee report, which includes the commissioner’s report and all the witness statements, is detailed and lengthy. The procedures Stone followed are clearly set out in published guidance and, although they follow neither a criminal court or employment hearing by way of process or calling of evidence, there is no doubt that the process is fair and one that has been agreed by all parties. Additional safeguards, and mitigation and appeal (against the penalty or findings) are provided through the standards committee and, separately, a debate in the House of Commons.

The committee unanimously upheld Stone’s conclusions (and the committee has a record of not doing so on many occasions) and were content that the process was sound and fair. Chris Bryant’s speech covers all the points Paterson raised in his advance publicity – something that would have been denied him in a criminal court or an employment tribunal. 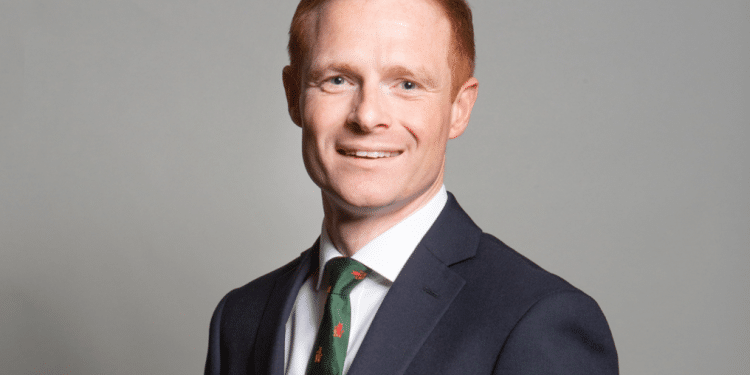 Putting pressure on the commissioner

The day after the vote, the business secretary Kwasi Kwarteng said on Sky news that Stone should “consider her position”, adding “it’s difficult to see what the future of the commissioner is”.

The education minister Nadhim Zahawi also spoke to Sky News and seemed to suggest that the Conservative majority in the Commons might yet be used to put pressure on Stone:

“I think it’s important to remind all parliamentarians and the country as a whole that Kathryn Stone works for the house, for the legislature, and I think it’s only right that I echo the words of the Speaker by saying that it is up to the house how the commissioner and the procedures are delivered.”

Zahawi admitted that he had not read the reports. He had accepted at face value that the process had been unfair and relied on being told that this was so by Paterson: “Owen says that much of it is contested, right … I think something like 14 people have sent statements [saying] that it is contested.”

This is not the first time Stone has been under attack from Conservative MPs. She investigated the MP Marcus Fysh in 2018 following an article in Private Eye that alleged that Fysh had failed to declare offshore financial interests. The commissioner found that he had breached parliamentary standards and offered to resolve the complaint through the ‘rectification’ procedure. Fysh denied wrongdoing in respect of two out of three of the allegations and so the matter went to the parliamentary committee on standards.

The committee upheld the commissioner’s findings. It noted that Fysh consistently delayed responding to the inquiry and commented that his “deprecatory and, at points, patronising tone” towards the commissioner and registrar was unacceptable, as were his unfounded questions about their objectivity. The patronising and disrespectful attitude is evidenced in Fysh’s submissions to the committee. He said:

“[The commissioner] has a right to say what she wants to say, but that does not mean it is correct in either its appreciation of the legal and normative context or indeed the explicit guidance given in the rules.”

Fysh was clear in his evidence that he thought his behaviour should be judged according to the norms of the House of Commons rather than the behavioural norms expected in the standards and codes laid down by parliament.

Both commissioners have experience and integrity

Neither Filkin nor Stone came to the post via politics, or any work that might be described as part of an old boys’ network. Both started their careers as social workers and both had long experience in regulatory and inquiry roles protecting the vulnerable, often against powerful establishment figures.

Filkin worked in Citizens Advice and was the inquiry lead in the News International phone-hacking scandal. Stone was the commissioner for victims and survivors in Northern Ireland and was a commissioner for the Independent Police Complaints Commission overseeing the investigation into police failures to investigate child sexual abuse in Rotherham.

They are immune to men in powerful positions who try to deny culpability or cast themselves as the victims. They meet with great rigour attempts to undermine investigations. They do not subscribe to the view that a ‘gentleman’s’ word can be trusted and focus on the evidence. Conversely, they lack political antennae and without a network of powerful supporters in the Commons and elsewhere, they will always be at risk of being undermined or their credibility being attacked.