Climate change activists, part of Just Stop Oil, are being imprisoned for protesting against the UK's authorisation for more oil fields 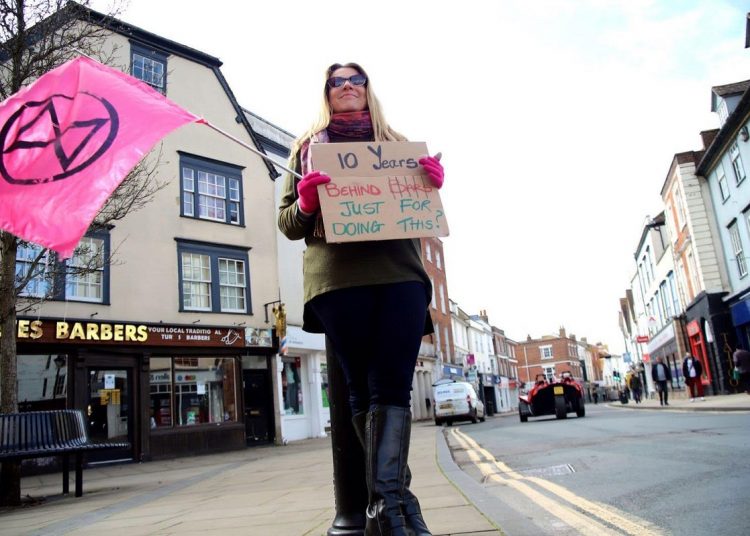 In the face of the government’s continued non-compliance with its obligations to the planet and to all our futures, and with its determination to restrict the right to peaceful protest, how can worried citizens legitimately raise their concerns?

Human-induced climate change is now a well-established scientific fact. Since 1880, the average surface temperature has risen by about 1.2°C, though this has predominantly been since the late 1970s.

Burning fossil fuels, together with deforestation, is the primary cause of human-induced climate change. For 150 years, fossil fuels like coal, oil, and natural gas have generated most of the energy required to power our cars, homes, and businesses. According to the latest estimates, without major action to reduce emissions, global temperature is on track to rise by 2.5°C to 4.5°C by 2100.

Visible impacts of the climate crisis

At only 1.2°C of warming we are already seeing serious impacts of the climate crisis unfolding around the world. In 2020, weather-related disasters forced 30 million people to flee their homes – three times more than those displaced by war and violence.

In 2021, there was catastrophic flooding and loss of life in Bangladesh, China, Germany and South Sudan amongst others. Temperature records were routinely broken by several degrees. Wildfires destroyed communities in Canada, Siberia, Turkey and Greece and unprecedented droughts afflicted South America and East Africa. As I write, birds are falling from the skies in record 50°C temperatures in India.

Climate change is widespread and accelerating. These changes are unprecedented in human history and many of them, such as ice loss and rising sea levels, are irreversible on human timescales.

Scientists are warning that we have already passed several key climate tipping points and are dangerously close to reaching others. The implications of going beyond the Paris agreement’s long term goal, of staying within 1.5 °C, include rising threats to global food security arising from multiple, simultaneous crop failures. Vast regions of the world will also be too hot to live in, including the tropics, home to 40 percent of the world’s population.

Major climate changes have already happened, and more are in motion. However, if we stopped emitting greenhouse gases today, the rise in global temperatures would begin to flatten within a few years. We could see benefits in less than a decade. It is clear that nothing less than global and rapid decarbonisation will save us from the most savage effects of climate change.

Last year, in a report commissioned by the UK for COP26, the International Energy Agency advised that no new fossil fuel exploration and development should take place from 2021, if the world was to have an even chance of meeting the 1.5°C target.

“This report must sound a death knell for coal and fossil fuels, before they destroy our planet… Countries should also end all new fossil fuel exploration and production, and shift fossil fuel subsidies into renewable energy.” (UN Secretary-General António Guterres, 9 August 2021).

And yet despite the implications, the UK government, only a few days after COP26, and while still president of the UN climate conference, was found to be actively encouraging investment in new fossil fuel supply. It has since given the green light to plans for new oil and gas fields, with reportedly more still to come. Several field development plans have been given consent since COP26, with up to 50 thought to be in the pipeline before 2025, and this will only accelerate given the pressures of the energy crisis caused by the Ukraine war.

In March 2022 ministers allowed oil exploration activities to continue in the North Sea, despite the government’s pledge to tackle carbon emissions, as long as the companies concerned pass an as yet undefined ‘climate compatibility’ test.

In the face of all this, what constitutes a proportionate response by concerned citizens? The science on these matters has been known for at least the last 30 years, and the normal lawful checks and balances of the political system in a modern democracy have failed to deliver any reduction in carbon emissions, which continue to rise inexorably.

Furthermore, it is clear that this government is firmly against protest. The Police, Crime, Sentencing and Courts Act passed this year restricts the citizen’s right to peaceful protest, and the Public Order Bill, if passed, will curtail these rights still further.

It was within this context that Just Stop Oil was born; a coalition of groups working together using non-violent civil resistance to ensure the government commits to halting new fossil fuel licensing and production. Their demand – that the government immediately stop all future licensing and consents for the exploration, development and production of fossil fuels in the UK.

Michelle Charlesworth is a 56-year-old grandmother to two-year old Oscar, and a committed climate campaigner. She looks at her grandson and worries for his future. She cannot, in good conscience, sit back and do nothing, while the government implements policies which will actively harm his future and all future generations. Hearing of the Just Stop Oil campaign, she decided that a more proactive approach to protest was both urgent and justified. She joined the movement, and as part of her climate action, she stood quietly outside an oil refinery holding a placard saying ‘NO NEW OIL’, thus breaking an injunction on peaceful protest obtained by the refinery’s owners.

For this peaceful protest, Michelle was arrested, charged, and ordered to attend a committal hearing. Instead of attending this hearing, she went back to the refinery and again stood peacefully outside. She was arrested once more and remanded in police custody, and upon appearing in court she glued herself to the dock. She wished to make the point that she could not cooperate with a system of injustice which criminalises non-violent protesters and shields those engaged in undertaking actions that will condemn many millions to an early and avoidable death.

Michelle was sentenced to 63 days in prison for injunction breaking and contempt of court. She has been in prison since 3 May. 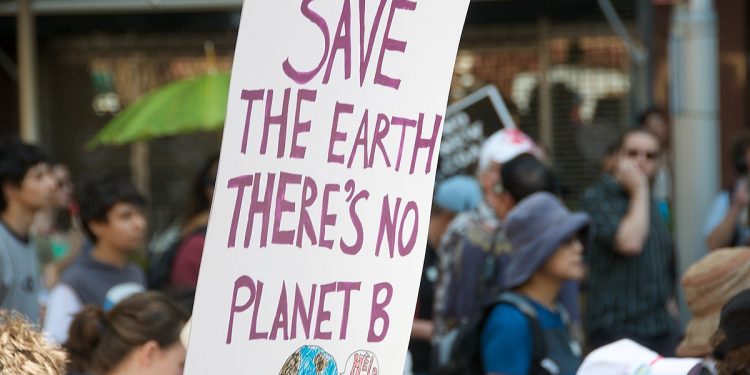 Non-compliance with a system that penalizes peaceful protest

During her time in prison Michelle has continued with her regime of non-compliance. For this she has been subject to adjudication by the Governor on three occasions since her arrival; her sanctions have included time spent in solitary confinement.

In solidarity, seven other female Just Stop Oil supporters at HMP Foston Hall also started practicing peaceful non-compliance with the prison authorities. On May 9th, at the end of their time in the exercise yard, all eight women sat in a line by a fence and refused to move. Despite the protest being peaceful, staff responded as if the prisoners had been violent. Their arms were forcibly twisted behind their backs, their hands cuffed and their necks bent downwards with considerable force. One by one they were carried back to their cells. Most sustained some injuries and were subsequently attended by prison medical staff.

One of the resisters, Lucia Whittaker reported:

“We were treated as if we had been aggressive or violent. The prison seems to have no awareness of how to respond to political prisoners or those who are acting peacefully. It was the scariest protest I have ever done.”

While she has been in prison, Michelle has received several hundred messages of support from all over the world, from climate scientists, clergymen, academics, and district councilors, as well as members of the public.

“Thank you for selflessly and courageously defending the Earth and all of us. Know that you are rooted firmly on the right side of history.”

Michelle is scheduled to be released on 1 June.

What can you do?

Given the urgency of the climate crisis, Just Stop Oil and thousands of activists around the world believe, with scientific justification, that enabling new oil fields to come on stream is to catapult us further into climate breakdown, and that silencing protest against such activities is taking aim at the wrong target.

Time is short to take action to protect the future of the planet, but it is not too late, if we act with urgency. If you believe that we need to heed the scientific warnings, and not bring on stream any new oil fields, would you consider taking any action? A range of options is available to you, for example, writing to your MP to make your views clear, voting for climate protecting parties, joining protests, or taking non-violent direct action like Michelle.

Consider carefully, because what is certain is that time is running out for us all.

Pam is a retired accountant, mother of two, and climate activist