We need to keep the pressure up for Julian’s release, the US charges to be dropped and the right to report strengthened in the light of the judge’s ruling. Julian’s struggle is far from over and neither are the threats against investigative journalism highlighted in Vanessa Baraitser’s ruling. 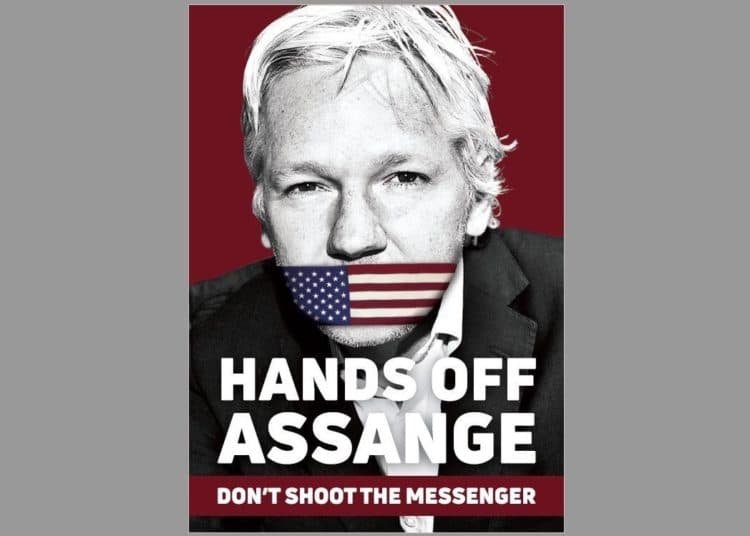 Editor’s note: Yorkshire Bylines recognises that Julian Assange is a controversial figure, and by no means wants to minimise the accusations of sexual assault and espionage that have been levelled against him.

January was a month of mixed fortunes for Julian Assange. On Monday 4 January, district judge Vanessa Baraitser rejected US demands to extradite Julian to stand trial on criminal charges and violations of the 1917 Espionage Act.

On closer reading, it was clear that the judge had rejected the defence’s arguments against extradition – in order to protect free speech, the right to report, that the extradition was politically motivated and he would not get a fair trial in the US. It was the appalling state of the US prison system that was a key factor, taken with Julian’s mental health history, which led her to believe that he would be potentially in danger of taking his own life if so incarcerated. Lawyers for the US are to appeal.

Two days after her ruling came the setback, when the same Vanessa Baraitser sitting at Westminster magistrates court rejected his application for bail, saying that Julian “still has an incentive to abscond from these, as yet unresolved, proceedings. As a matter of fairness the US must be allowed to challenge my decision”.

Immediately after the 4 January judgment National Union of Journalists general secretary Michelle Stanistreet pointed out the implications of the judge’s ruling. “This decision will be welcomed by all who value journalists’ ability to report on national security issues”, she commented. “However, whilst the outcome is the right one, Judge Vanessa Baraitser’s judgement contains much that is troubling. Her basis for dismissing the US’  extradition request was the suicide risk that Assange poses in a US penal system that would probably have kept him in near total isolation”.

She added, “The judge rejected the defence case that the charges against Assange related to actions identical to those undertaken daily by most investigative journalists. In doing so, she leaves open the door for a future US administration to confect a similar indictment against a journalist”.

Hammering home the point after the verdict, the US Justice Department said: “While we are extremely disappointed in the court’s ultimate decision, we are gratified that the United States prevailed on every point of law raised. In particular, the court rejected all of Mr Assange’s arguments regarding political motivation, political offence, fair trial, and freedom of speech. We will continue to seek Mr Assange’s extradition to the United States”.

However, the American Civil Liberties Union pointed out that the charges were a direct assault on the US first amendment, which protects freedom of the press and freedom of speech, while the International Federation of Journalists and other press freedom organisations raised serious concerns. All agreed that the decision left the door open for further similar prosecutions and would have a chilling effect on national security reporting around the world.

As well as appealing against the rejection of bail, Julian’s defence team need to challenge the judge’s rejection of their case against extradition which could, if adopted into law, create a dangerous precedent.

We need to keep the pressure up for Julian’s release, the US charges to be dropped and the right to report strengthened in the light of the judge’s ruling. Julian’s struggle is far from over and neither are the threats against investigative journalism highlighted in Vanessa Baraitser’s ruling.