One transgression would have been enough to fell an ordinary SPAD or special adviser, but not Cummings. 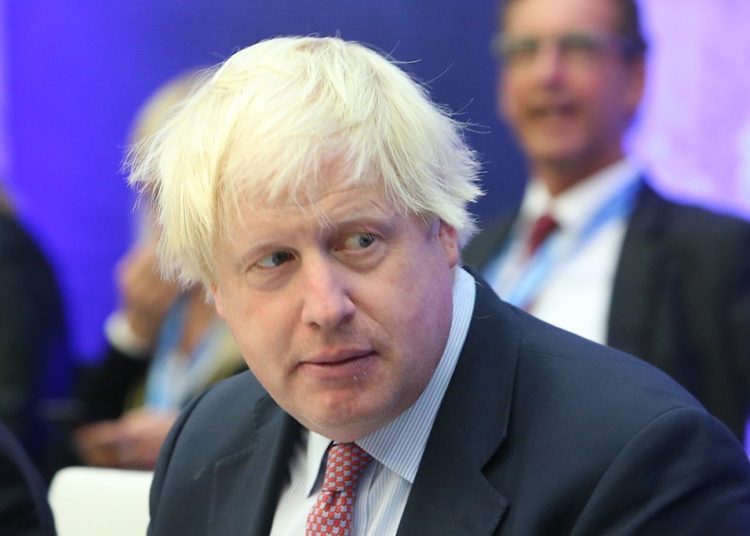 The incredible revelations about Cummings and his 500-mile circular lockdown tours of County Durham filled the newspapers and the twittersphere all weekend.  The story is symptomatic of Cummings’ arrogance – as well as his coronavirus. He had breached the lockdown rules we learned, not once but twice. More than that, during one apparent breach he added another by visiting Barnard Castle as well!

The BBC website has the timeline of events in case you missed it.

One transgression would have been enough to fell an ordinary SPAD or special adviser, but not Cummings. When we discovered Johnson was doing the afternoon press conference on Sunday there was speculation he might sack his senior adviser to save himself. The usual advice when you find yourself in a hole, even one started by a SPAD, is to stop digging. Not Johnson. He came out metaphorically with a JCB excavator and in a few short minutes had dug a crater so deep he may never escape.

If doubling down was intended to put an end to the speculation it has had the reverse effect. The newspapers, even the Tory-supporting Mail, are openly attacking him this morning, along with members of his own party calling for Cummings to go.

Twitter was on fire most of the weekend but after Sunday’s presser it went berserk with fury. If Johnson thinks it is all a Westminster bubble thing he should look at a video posted last night showing Cummings being jeered by neighbours in his own street:

The Spectator, the right-wing magazine he used to edit, had several articles critical of him including this one by Stephen Daisley saying Johnson’s support for Cummings is really a defence of the elite. Daisley is ruthless, saying:

“It’s not often a politician calls a press conference to sneer openly at the voters but Boris Johnson has always done things his own way. The Prime Minister’s performance this afternoon was a careful, considered declaration of contempt at all those chumps stupid enough to obey the rules he laid down for them. They thought those regulations applied to everyone, regardless of position or connections? What rubes.”

Boris Johnson’s decision to double down and back Cummings is a very high-risk strategy. If evidence emerges that Cummings did indeed breach the rules, the prime minister will find his judgment and even his basic competence being questioned.

Last night the Daily Mirror’s Pippa Crerar, who broke the original story on Friday, revealed that a retired teacher from Barnard Castle has reported to the police the owner of a vehicle with a number plate matching one used by Cummings, for a suspected breach of lock down rules. I learned from someone on Twitter that the Range Rover model in question is equipped with a fancy sat nav device, which transmits your location to some database so it should be an easy matter to prove whether he was there on not and if so, when.

At the press conference yesterday, the PM’s defence of Cummings amounted to him saying: I have looked into the matter in detail and don’t worry, it’s all fine, what he did was all within the rules. The problem is Johnson’s own record of being, let’s say, frugal with the truth, frequently offering ersatz versions of it in place of the real actualité.  In short, nobody believes him.

If Cummings’ did break the rules, trust in the PM, never very high, will take a further knock. When Steve Baker, leader of the ERG group of hard-right Tory MPs, calls for Cummings to go you know the prime minister is in trouble.  Writing in The Critic he says:

“Enough is enough. I and others saved him once before when he was driving Vote Leave to implosion. Not today. Dominic Cummings must go before he does any more harm to the UK, the Government, the Prime Minister, our institutions or the Conservative Party.”

The next few days will be crucial not just for Cummings, but now for the prime minister himself. Their fates are now bound together in a hole of their own making.