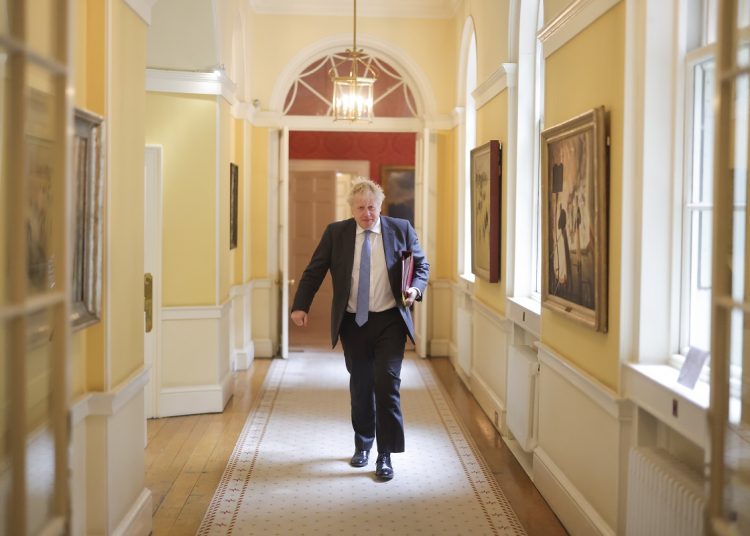 Whenever Johnson is engulfed by scandal, corruption, personal failings, accusations of mendacity or wrongdoing of one sort or another – seemingly most of the time at present – loyal Conservative MPs and ministers are prodded out onto the airwaves to defend him as best they can.

Normally, this is done by getting a stooge like Lord Geidt, the government’s independent adviser on ministers’ interests, to declare all is well, or by simply claiming the prime minister either didn’t realise there were any rules or if he did, technically he didn’t break them.

Partygate is different. Rules (indeed laws) have clearly been broken. Parliament has been misled. The old defence was no longer tenable, a new one was needed.

Hence we are now asked to accept prime ministerial wrongdoing because Johnson, surely the most inept, incompetent and shambolic occupant of No 10 in 300 years, has somehow become indispensable. He ‘got the big decisions right’, as if voters shouldn’t worry that the prime minister is a deeply flawed human being because his faults are somehow mitigated by his unrivalled judgement on important issues.

However, rather than appearing to make an appeal for leniency on the grounds of previous good character, surely a hopeless argument at best in Johnson’s case, it is starting to look like the electorate is being asked to take previous convictions into account.

Johnson’s last line of defence on partygate is crumbling

His defence amounts to three pillars; getting Brexit done, his handling of the covid pandemic and the war in Ukraine.

It is however, a defence in which all the pillars are starting to crumble.

Firstly, on Brexit. Johnson spearheaded the Vote Leave campaign and rammed his ‘oven-ready’ deal through parliament. He is inextricably linked personally and politically to the Conservative’s flagship policy, more than any other figure, including Nigel Farage.

But far from being on the plus side, it is starting to be seen as a serious negative. YouGov’s polling asking voters; in hindsight, was the decision to leave the EU right or wrong, is increasingly showing people now see it as a big mistake. At the end of April, just 37 per cent – a record equalling low – continued to think it was the right choice, while 49 per cent thought it was wrong.

Voters in all regions now see Brexit as a mistake

The last YouGov poll also indicates that a majority in every region of the UK now think the referendum decision was wrong and only the 65+ age group still believes Brexit to be a good thing. For obvious and inevitable reasons (as a pensioner myself I don’t want to dwell on it too much) this is going to be what we might delicately call a bit-of-a-problem going forward for the Conservative Party.

An even smaller percentage (29 percent) thought the government has handled Brexit well while twice that number (58 percent) think it has been handled badly.

Brexit is perhaps not the strong defence or future election winning triumph they think it is.

None of this is a surprise when even the Brexit opportunities minister is struggling to find any benefits, despite appealing to readers of The Sun for ideas about which EU regulations need scrapping. People notice Jacob Rees-Mogg now talks officially about the repeatedly delayed import checks as being “complex and costly” with new “administrative burdens” risking “disruption at ports”.

The Bank of England’s recent dire forecast of a coming recession, 10 percent inflation and rocketing interest rates, is unlikely to respond to Johnson’s usual boosterism remedy.

Unless some hitherto and mysterious benefit of Brexit is revealed in the next few months, it is difficult to see what might change the polling trajectory.

Johnson’s handling of the pandemic is now being questioned

While supporters of the prime minister give him credit for his handling of the pandemic, it is notable they prefer to limit it to the vaccine rollout. This really amounted to nothing more than breaking ranks with EU member states and approving the Pfizer vaccine developed by BioNTech in Germany in collaboration with the US drug giant Pfizer, a few days before the European Medicines Agency.

Everything else has been disastrous.

Goyal claims that it is difficult to find “one aspect of pandemic management that the UK government got right” and although just an opinion, his argument was backed up by a peer-reviewed academic paper published a few days earlier.

The paper; Estimating the effects of lockdown timing on COVID-19 cases and deaths in England: A counterfactual modelling study, appears to show that had the UK enforced a mandatory lockdown sooner than it did, many lives could have been saved.

“Introducing measures one week earlier would have reduced by 74% the number of confirmed COVID-19 cases in England by 1 June, resulting in approximately 21,000 fewer hospital deaths and 34,000 fewer total deaths; the required time spent in full lockdown could also have been halved, from 69 to 35 days. Acting two weeks earlier would have reduced cases by 93%, resulting in between 26,000 and 43,000 fewer deaths.”

And to reinforce the notion of reckless incompetence at the heart of government, a few days ago the High Court, in the case Gardner & Harris v Secretary of State for Health and Social Care, found the government’s policies on discharging hospital patients into social care at the start of the pandemic were “unlawful” because they “failed to take into account the risk to elderly and vulnerable residents from non-symptomatic transmission”.

The two women who took Public Health England and the then health secretary Matt Hancock to court, Dr Cathy Gardner and Fay Harris, said it had caused a “shocking death toll” and Johnson was forced to apologise to all those who lost loved ones during the pandemic. The government has now indicated it does not intend to appeal the verdict.

This is also perhaps becoming a pillar on which Johnson would be well advised not to rely too heavily. 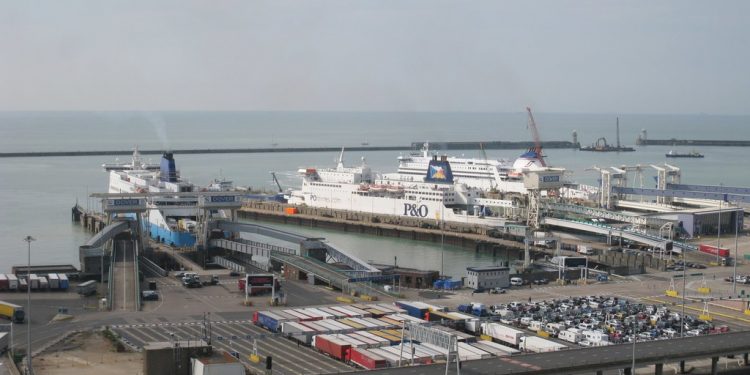 The war in Ukraine

Finally, the invasion of Ukraine by Russian forces on 24 February seemed to offer a lifeline for the beleaguered prime minister, but recently The Sunday Times ran a story showing Johnson in a rather less flattering light.

The article by the Insight team claimed that “Ukraine spent seven years begging three PMs for weapons — and no one listened” and suggested that David Cameron, Theresa May and Johnson all thought they could contain Vladimir Putin without arming Ukraine.

In 2018, as the American government began selling hundreds of Javelin anti-tank missiles to Ukraine, Britain repeatedly resisted doing the same until it was too late. After the annexation of Crimea, defence secretary Michael Fallon had been persistently lobbied for more arms by then Ukraine president Petro Poroshenko, but at the foreign office Johnson was firmly behind the May government’s policy of withholding lethal weapons.

Calls for sanctions on Russian oligarchs from two select committees were ignored by both May and Johnson and as PM, Johnson delayed the release of the highly critical intelligence committee’s report, with the result that Britain didn’t impose sanctions on any oligarch with UK assets until Russia invaded Ukraine on 24 February.

In short, Britain, including under Johnson, was consistently behind the curve.

Johnson’s Russian connections are coming back to haunt him

The close relationship between Johnson, the Conservative Party and wealthy Russians with links to the Kremlin is said to be a significant reason for the reluctance to introduce sanctions. When Johnson became foreign secretary after the Brexit vote in 2016, his appointment was apparently warmly welcomed by Putin’s spokesperson Maria Zakharova who said, “The book of Russian-British relations has long been waiting for this page to be turned”.

In the months after the Salisbury nerve agent attack on the Skripals, Johnson said the lack of action compared with the US was because Britain had its “own approach” but did not say what it might be.

Given the amount of Russia-linked money pumped into Conservative Party coffers and Johnson’s personal links, this is perhaps rather less of a surprise than it should be.

The government is now dragging its feet in complying with a demand from parliament to publish the security advice the PM received about awarding a peerage to Russian-born newspaper publisher Evgeny Lebedev. Johnson allegedly intervened to override the advice to appoint Lebedev to the House of Lords.

The PM has been a frequent visitor to Lebedev’s Italian castle in Umbria, including one notable occasion in 2018. As foreign secretary, he flew without his security detail or civil servants to party at the castle the day after attending a Nato meeting with US secretary of state Mike Pompeo in Brussels. Johnson said of the meeting: “This is the first Nato foreign ministerial since the attempted murder in Salisbury [of Sergei Skripal and his daughter], and the chemical weapons attack in Syria. It is a key moment to discuss Russia with foreign ministers of all 29 allies”.

The following evening he was enjoying the famous Lebedev hospitality, alone.

At the party, Johnson is also said to have met with Evgeny’s father, former KGB agent Alexander, and was seen at Perugia airport on the morning of 29 April looking the worse for wear, without luggage, after what he told other passengers was a “heavy night”.

Johnson struggles to remember if he met a former KGB agent

He is now struggling even to confirm a meeting took place. On 30 March, Holly Lynch the Labour MP for Halifax asked in a written question if the PM had met Alexander Lebedev in April 2018 “in any capacity”. The subsequent exchange was bizarre.

Johnson responded on 19 April saying that, “The prime minister has indicated that it will not be possible to answer this question within the usual time period. An answer is being prepared and it will be provided as soon as possible”.

Paymaster General Michael Ellis then provided a further answer on 28 April, four minutes before the House prorogued, but referring erroneously to Alexander Lebedev’s son Evgeny, the owner of the Evening Standard, and pointing Lynch to the normal record of ministers’ meetings with media proprietors on GOV.UK.

We know the prime minister is often slow on the uptake but does it really take a month to confirm whether or not as foreign secretary he met with a former KGB agent in an Italian castle one night in April 2018? Just a simple yes or no would seem sufficient.

What has Johnson got to hide?

His frequently close and mysterious Russian connections could well destroy whatever shred of credibility the prime minister might claim over his handling of the war in Ukraine.

Using his record of past ‘achievements’ to excuse current wrongdoing was never likely to succeed and if this defence fails, he has nothing left.