Yesterday was a terrible day for the prime minister, easily the worst of his premiership and coming at the end of a terrible fortnight. 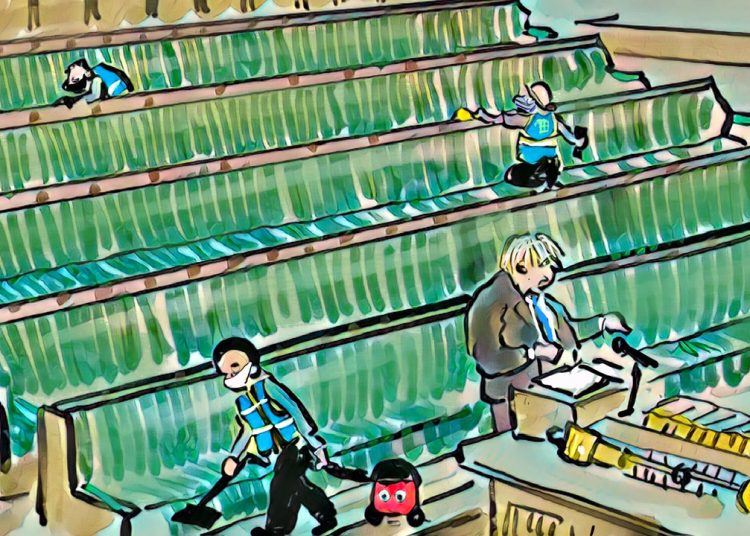 In 1988 as a student at Oxford, Boris Johnson penned an essay for a book (The Oxford Myth) edited by his sister Rachel. In it he advised aspiring politicians to assemble “a disciplined and deluded collection of stooges” to help achieve success.

Yesterday, marked the beginning of the end of the Conservative Party being his own personal collection of deluded stooges. For the time being, the Tories may still be disciplined stooges but they have lost their delusions about Johnson. They appear to have grown tired of the air of sleaze, incompetence and duplicity constantly engulfing the prime minister.

Rumblings of discontent, of the kind that usually precede a collapse of the foundations that keep prime ministers upright in the teeth of political headwinds, can now be heard openly around Westminster.

The day began badly with the green government benches sparsely populated for PMQs, indicating the number of ‘deluded stooges’ was already starting to dwindle rapidly. By the end of the day only a few diehards remained.

Johnson was given a mauling by Labour leader Sir Keir Starmer over his botched handling of the row about parliamentary standards, with even speaker Lindsay Hoyle occasionally stepping in – like a slightly less than impartial referee – to deliver a telling blow or two.

Starmer accused the prime minister of cowardice but afterwards was asked to withdraw the remark following a point of order from Michael Fabricant, the MP who could perhaps be accused of bringing Lichfield into disrepute. In another life Fabricant might have found work as a mop. Clearly, not all of Johnson’s stooges have lost their delusions yet. 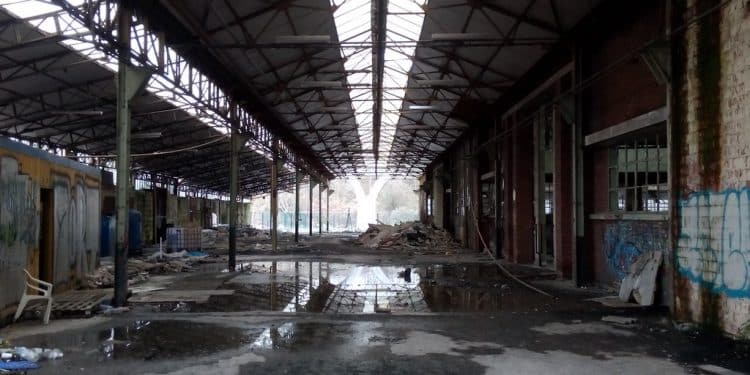 Johnson’s appearance before the liaison committee

If PMQs was bad, it was about to get worse. In the Boothroyd room, the liaison committee lay in wait for him. It was an unimaginably bad session for the prime minister. His appearance before the group of select committee chairs came at a particularly difficult moment, with sleaze allegations hanging around him like an impenetrable fog.

Chris Bryant, chair of the standards committee, immediately raised the Owen Paterson affair and humiliated Johnson by asking why he had told John Whittingdale there was cross party support for a new standards oversight committee when no approaches had been made to other parties. “Was it just out of your head?” he said. Apparently, yes it was.

It was an amazing exchange, since Johnson first seems to accept that he had spoken to Whittingdale only to claim when pressed he couldn’t comment on the conversation because he didn’t have it!

Bryant asked Johnson whether or not he thought Paterson was guilty, and the prime minister couldn’t quite bring himself to say unequivocally yes. This was a point later picked up by the home affairs committee chair Yvette Cooper, who asked why Johnson couldn’t be clear and insisted on using odd “forms of words” that appeared to excuse Paterson.

The ‘odd form of words’ in question, was when Johnson said Paterson had “fallen foul of the rules on paid advocacy as far as I could see from the report”, giving the impression that he hadn’t quite accepted the verdict of the commissioner or the committee and was being asked to pronounce again on the evidence.

At one point he even said Paterson had “fallen foul of the commissioner for standards”, as if Kathryn Stone was involved in a personal vendetta.

Caroline Noakes, MP for Romsey and Southampton North, asked about sexual crimes, which was slightly awkward given she had recently accused Johnson’s father Stanley of groping her in 2003. When asked about extending criminal sanctions for other sexual offences, Johnson said the problem was that we were not fully enforcing existing laws and we needed to do that first. This position was slightly at odds with his attitude to Paterson where he reached for new rules immediately and actively tried to circumvent the existing ones.

Even the liaison committee chair Sir Bernard Jenkin had a go at him, asking pointedly why Lord Geidt, the independent adviser on ministers’ interests, couldn’t launch investigations without first getting Johnson’s approval. Geidt replaced Alex Allan, who resigned from his post after disagreeing with Johnson over allegations that Home Secretary Priti Patel had broken the ministerial code by bullying and swearing at staff.

Johnson couldn’t see any occasion where he would refuse any investigation ‘suggested’ by Geidt, but when pressed by Jenkin to give Geidt the absolute right to launch inquiries himself, he wouldn’t commit to doing so. Geidt was handpicked by the PM, yet he didn’t feel he could trust him. Who knows what Johnson has to hide?

He was then taken to task by former chief secretary to the treasury Mel Stride, who suggested the government should be “more thoughtful about constantly urging employers to put up wages without commensurate increases in productivity”. The PM was unrepentant and said it was right people should be properly rewarded and it was for the market to set wages and prices.

Little more than an hour later, the BBC 6 o’clock news led on fears of rampant inflation, with one manufacturer in Belfast saying he had never known costs rising at such a pace in 29 years.

The most animated exchange came towards the end when Tobias Ellwood, chair of the defence select committee and a former captain in the Royal Green Jackets, got into an argument with Johnson about tanks. When Ellwood accused him of cutting hardware from the defence budget, he countered by falsely claiming Ellwood wanted to send tanks to Ukraine, something the MP for Bournemouth angrily denied.

Still punch drunk from the two earlier encounters Johnson hurried directly to the 1922 committee, the powerful group of Tory backbench MPs, where he suffered another pounding. Ever on the lookout for the colourful phrase as a way of avoiding the truth, he admitted that, “On a clear road I crashed the car into a ditch”.

He faced more hostile questions from members who were apparently told not to speak to the press afterward, although judging by the press coverage they all went out and immediately contacted their favoured journalists.

One texted Laura Kuenssberg at the BBC to say, he “looked weak and sounded weak” and his “authority is evaporating”. Another Tory grandee told ITV’s Robert Peston that the meeting had been “terrible”, and Peston himself commented that Johnson was being attacked from all sides and was “more marginalised and more isolated” than he had ever seen him.

To many who warned the party in 2019 that it would be a grave error to elect Johnson as party leader it must have seemed like an ‘I told you so’ moment.

To return to Johnson’s 1988 student essay, he also wrote that: “The tragedy of the stooge is that … he wants so much to believe that his relationship with the candidate is special that he shuts out the truth. The terrible art of the candidate is to coddle the self-deception of the stooge.”

Yesterday that spell was broken. The prime minister will never again be capable of coddling the party’s self deception.