Analysing the prime minister's new climate plan, which needs action to back it up. 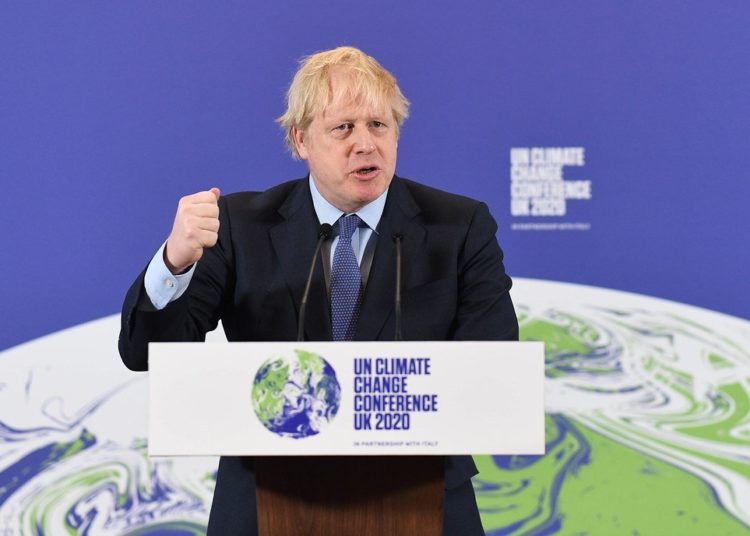 It is easy to criticise. Or at least it is when Boris Johnson is in power. The gap between ambition and actual delivery has never been more acute in any government in history. We’ve had firm promises of an “oven ready” Brexit deal; followed by dithering uncertainty. Boasts of a “world beating” test and trace system; resulting in one of the highest death rates in the whole world. And now we have claims of a Green Industrial Revolution.

Still we must be grateful for small mercies. After all, across the Atlantic we’ve still got several weeks left of foolish denial that there is any kind of environmental problem and Joe Biden still hasn’t come out against fracking. Johnson is, at least, saying some of the right things and one or two of the policies he announced might actually turn out to be quite sensible – if they were properly funded and carefully planned.

It makes huge sense to generate enough power from offshore wind to power all the homes in the UK by 2030. Not least because plenty of the jobs that will generate will be located in Hull and do a lot of good for the Yorkshire economy. This is one of the cheapest ways to generate electricity and so the policy is working with market forces and should be pretty easy to deliver. It would be possible to produce even cheaper wind power if the Conservative government hadn’t stacked planning laws quite so badly against onshore wind power. On that there was silence.

Nevertheless, owt is better than nowt, as we like to say in Yorkshire. The same stoical Yorkshire realism is worth applying when it comes to the proposals about hydrogen power. It will be lovely to have 5GW of power coming from hydrogen by 2030, and even better if it really does come from low-carbon sources. There is a real opportunity there to power trains, heavy lorries, industry and eventually planes. All that we need to see is the detail on the investment programme that will actually set up the carbon-free generation, the storage facilities, the supply to the market, the modifications to trains and factories, and the delivery to every home in the towns where the aim is to have them powered by hydrogen by the end of the decade.

It takes serious money and sustained determination to achieve something like that. Johnson failed to announce how much money was involved or to spell out exactly which decade he meant. By contrast, Germany has also announced its commitment to hydrogen power. One of their plans is to use hydrogen power on their train service. The difference is that theirs actually started to operate in September 2018. Just as their test and trace system actually functions.

When it comes to nuclear power it is time that we turned the old Yorkshire saying on its head. In this case nowt is a lot better than owt. The Conservatives have already commissioned a series of nuclear power stations that produce horribly over-priced electricity. The Audit Office, a sober body not given to exaggeration, predicts that the cost of energy from Hinkley Point C nuclear power station will be £50bn above the expected market price. Consumers will be expected to pay that massive price differential on their electricity bills for over 20 years after construction. The December 2017 estimated cost of building that power station was £20,300,000,000.

Clumsy large construction projects of that size are notoriously difficult to manage. Your end product is only as good as your most dodgy supplier. The risk can never be entirely managed away, as they learned in Japan and in Ukraine to their cost. Nor is it easy to work out what to do with the radioactive waste. After 70 odd years of nuclear power generation in Britain, there is still no long-term storage facility for high-risk nuclear waste.

Johnson’s solution to these problems is to more than double the risks. He intends to build more large clumsy nuclear facilities to produce yet more over-priced electricity and to accompany this with a series of small local nuclear power plants, to spread the risk of failure across the whole country. Not my idea of how to be environmentally sensitive.

Nor are the announcements about carbon capture cause for massive celebration. It is clearly better to capture carbon than to pump it out into the environment without any thought for the consequences. But in a real Green Industrial Revolution, the aim would be not to produce carbon in the first place. The problem with carbon capture is that it creates a temptation to carry on producing using fossil fuel technology, and then to build a capture facility on the end of a dirty facility. Shipping carbon out to sea and burying it deep underground isn’t exactly the most inspiring idea. It is a plan to subsidise disposal costs rather than a plan to try to decarbonise the economy and avoid creating pollution.

To return to the positives, many campaigners did welcome the announcements of incentive schemes to make homes and businesses more energy efficient. It makes huge sense to cut fuel bills for schools, homes and offices at the same time as we cut carbon emissions. Better insulation and heat exchange technology can achieve that. What was less welcome was the small scale of the plans. There are a lot of homes, offices, schools, factories, and shops in Britain. Only £1bn a year will be spent on helping to cut their bills and emissions. Too little too late doesn’t begin to cover it.

The vast majority of new homes being built in the UK are still not carbon neutral, despite the technology being widely available that could achieve this. It would be easy to require every new approved home to have heat pump technology starting tomorrow. That would achieve the 600,000 heat pumps promised a lot earlier than 2028, but it requires annoying some construction companies that heavily finance the Conservative Party, so it had no chance of becoming policy.

That same caution about upsetting interest groups is in evidence when it comes to new cars. It sounds fantastic that we will have only electric cars on sale by 2030. In actuality, what was announced was there will still be new petrol and diesel cars on sale in Britain by 2035 provided they are hybrids. Given the lifetime of a car, that means most cars in Britain will still be burning fossil fuels well into the 2040s. That isn’t exactly the most ambitious of targets.

Nevertheless, there is change going on in the Conservative ranks. A couple of years back they were trying to force fracking on communities across the North of England and making dreadful statements about how it was already industrially polluted up here, so a bit more didn’t really matter. Now they are claiming to be impeccably green and champions of the north.

It is great to hear the words. It will be even nicer to see real hard money go into policies that work at the speed that is necessary to put us at the forefront of the next phase of technology whilst the genuine costs of polluting activities are being charged to those that cause them. There is a big difference between ambitions and reality. It remains very easy to criticise.