The regular monthly survey of party members carried out by the website Conservative Home shows Boris Johnson’s satisfaction rating slumping into the bottom third of his own cabinet. 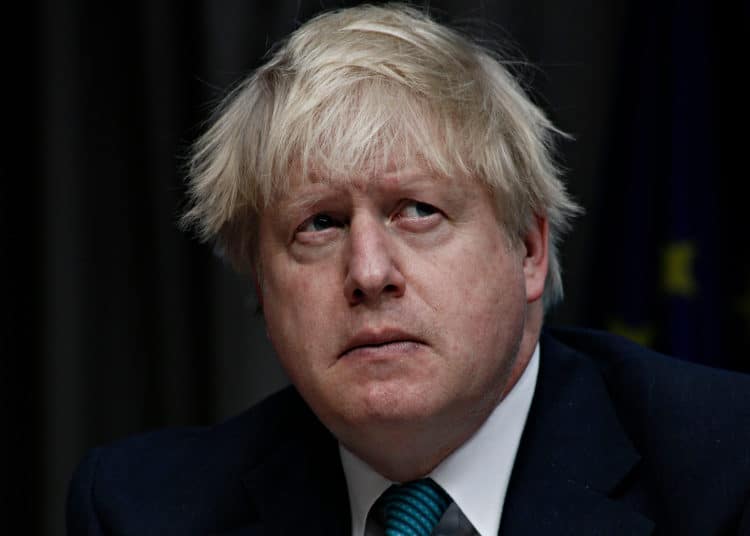 The regular monthly survey of party members carried out by the website Conservative Home shows Boris Johnson’s satisfaction rating slumping into the bottom third of his own cabinet. The prime minister is not so much first among equals as nineteenth out of twenty-six. In a cabinet stuffed with mediocrities and incompetents he doesn’t even make it to the halfway point.

His cabinet was handpicked from the bottom of the barrel in an effort to make him look half decent. It must be a blow to find the likes of Oliver Dowden and Anne Marie Trevelyan rated well above you.

Churchill’s grandson, Sir Nicholas Soames, says the present cabinet is the weakest in living memory – which probably means since Robert Walpole in 1721. For a PM to be in the bottom third of such a cohort is a total humiliation.

The eighteen cabinet ministers above him will no doubt soon be on their way to the back benches. The notoriously image-conscious Johnson will presumably carry out a reshuffle very soon and will be scouring the list of Tories to find candidates less competent than himself. This is no easy task, even among today’s Tory MPs, but it could give Mark Francois and Andrea Jenkyns cause for hope.

He started at the top with a 93 percent satisfaction rating, but has dropped to just 24 percent now. Johnson still has a long way to go to reach Theresa May’s minus 74 percent, but rest assured it’s just a matter of time until he overtakes her.

Don’t forget, these party members were the ones who thrust the idle charlatan onto an unsuspecting public, on the understanding he was not only a bit of a laugh to brighten up the daily grind, but also a brilliant man. Of course, he had disguised his brilliance behind the clown act for years, but everyone knew he was clever, didn’t they?

Party members are waking up to the terrible truth that the man who always looks as if he got dressed at gunpoint and arrived in front of the cameras via a hurricane, is actually the duffer everybody else knew he was. It turns out the brilliance was not so much well hidden as non-existent. Underneath that chaotic, bumbling, disorganised persona was … a chaotic, bumbling disorganised person. And that’s all.

Tory MPs like to see their man laying in to the Labour leader, but his performance at prime minister’s questions has never climbed above a score draw at best, and more often than not is simply dire. Last week’s effort saw a new low, which almost made Trump look like an intellectual.

The murmurings of discontent among his own side at Westminster have been subdued, but are growing louder as they find themselves looking back fondly on George Osbourne’s omnishambles as a text book example of capable government.

Read more on Johnson’s fall and the rise of Rishi Sunak at The Guardian HERE.

Rescuing the economy – the Keynesian way